LITTLE ROCK – Arkansas’ winter wheat growers will be watching their precocious crops closely for freeze damage after a couple of weeks of roller coaster temperatures, said Jason Kelley, extension wheat and feed grains agronomist for the University of Arkansas System Division of Agriculture.

The National Weather Service at Little Rock has a freeze warning in effect from 9 p.m. Tuesday until 11 a.m. on Wednesday, with the lowest temperatures dipping into the mid-20s. The warning extends as far south as McGehee and Monticello and westward through the Arkansas River Valley to the Oklahoma border. 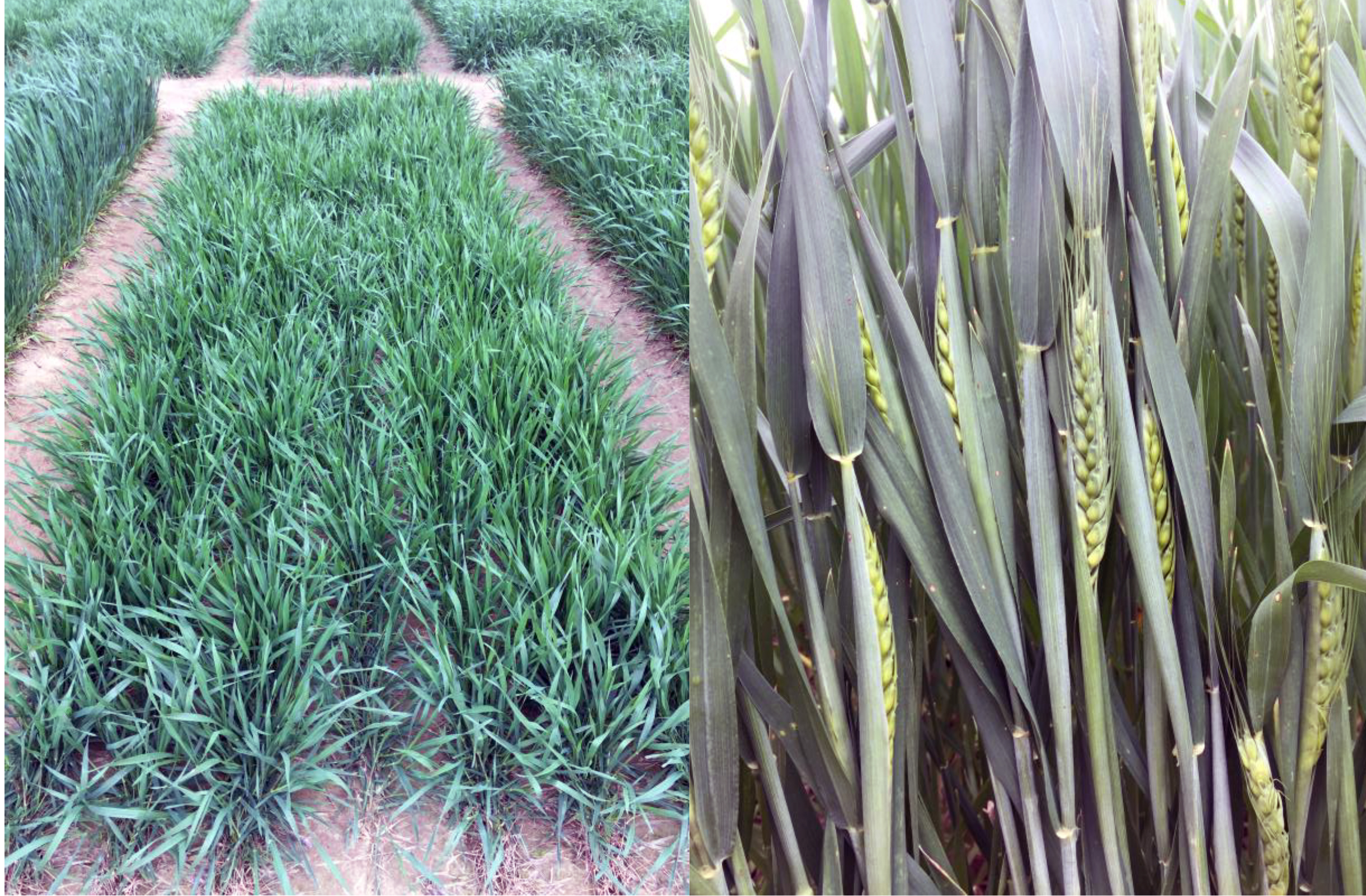 SIDE BY SIDE  -- Late maturing winter wheat, left,  compared with early matruring wheat, right, in plots at Marianna, Arkansas. A hard freeze expected through March 15, may cause damage to some winter wheat crops, which have been developing ahead of schedue. Image taken March 9, 2017. (U of A System Division of Agriculture photos by Jason Kelley)

“With these forecast temperatures and the estimated growth stages, freeze damage could occur, especially on the more advanced fields,” Kelley said. “Heading to flowering is the most sensitive stage and most damaging for freeze damage to occur.”

He said that “despite the cool temperatures so far in March, the Arkansas wheat crop is still running ahead of schedule, noting that some early maturing varieties were showing grain heads already.

The recent spate of freeze warnings has producers asking how much cold their crops can take before they’re damaged.

“Wheat freeze damage is highly dependent on growth stage, temperature and the duration of the low temperature,” he said.

Even if all the conditions are right for wheat damage, it may not occur evenly.

“Even within a field, there can be temperature variations between the high and low areas of the fields, as well as growth stage differences across a field,” Kelley said.

“If it does occur, it will take several days of warm weather and good growing conditions to see the full extent of any damage,” Kelley said. “Freeze-damaged leaves may be seen, but stem damage a few inches above the soil and damaged heads would be the greatest concern to watch for.”

For concerns about wheat production in Arkansas, contact Kelley at jkelley@uada.edu.