By Fred Miller
U of A System Division of Agriculture
July 14, 2017

FAYETTEVILLE, Ark. — Joseph P. Fulton, retired professor and former head of the department of plant pathology for the University of Arkansas System Division of Agriculture, celebrated his 100th birthday July 14 with family, colleagues and friends. 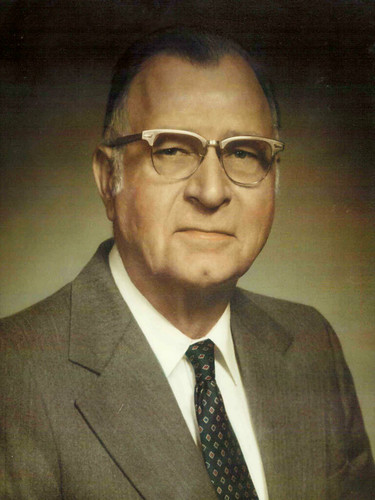 Fulton joined the University of Arkansas faculty in 1947 and retired in 1987. He served as plant pathology department head for the division and Dale Bumpers College of Agricultural, Food and Life Sciences from 1959 to 1964.

The department of plant pathology hosted a birthday reception for Fulton at Butterfield Trail Village in Fayetteville on Friday.

Fulton was known internationally for his virology research on pathogen vectors, and transmission and characterization of plant viruses. He was instrumental in establishing the university-wide electron microscope facility at UA and was part of a team of Division of Agriculture researchers whose research confirmed that nematodes transmitted plant viruses.

He developed the Arkansas Strawberry Certification Program in cooperation with the Arkansas State Plant Board and developed methods for producing disease-free propagating stock of strawberries and vegetables.

Fulton mentored many faculty and graduate students who became leaders in plant pathology research and education.

In 1962, Fulton received the Arkansas Alumni Association Distinguished Achievement Award for Research. The award was inaugurated in 1961 to recognize, reward and encourage superior classroom teaching and outstanding research or creative activity. He served as secretary of The American Phytopathological Society (APS) from 1967 to 1970 and as president in 1972. He was elected as a Fellow of the APS in 1976.

“Dr. Fulton is a kind and gentle person who has a habit of putting everyone at ease, especially young colleagues and graduate students in the department,” said Craig Rothrock, interim head of the plant pathology department.

“Many of his graduate students have said that he not only taught plant pathology, but how to live worthwhile lives,” Rothrock said.

Fulton was an avid outdoorsman and was a particularly skilled flyfisherman, Rothrock said. With his aid, several of the faculty and staff also took up the sport and became enthusiastic fishermen, “although some of his fishing buddies complain about his principle that sports fishermen should go by the “catch and release” rule,” Rothrock noted.

“From his outstanding academic and professional accomplishments to his other passions, he is an inspiration to all he has touched,” Rothrock said.