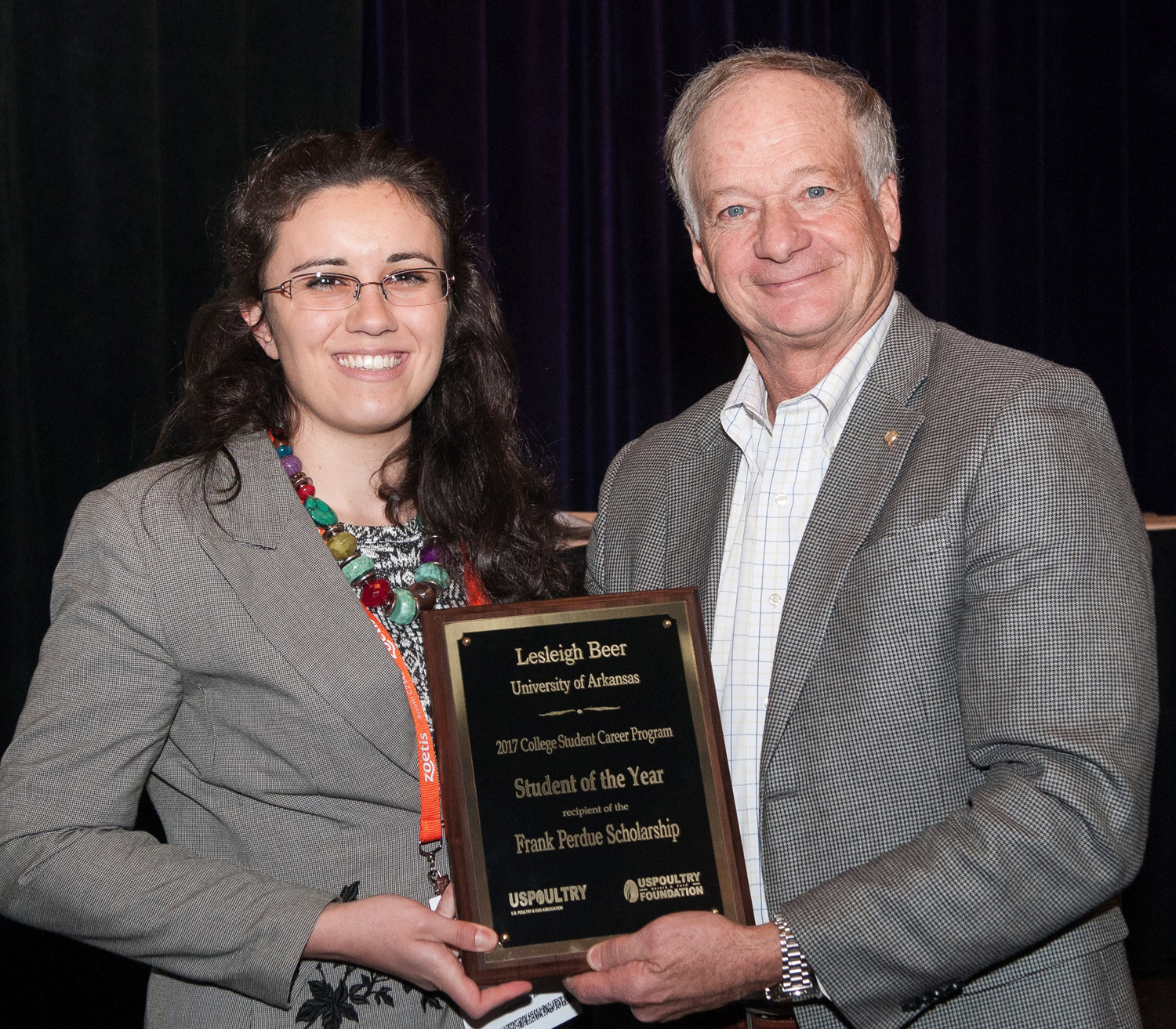 The program was held in conduction with the 2017 International Production and Processing Expo held Jan. 31- Feb. 2 at the Georgia World Congress Center in Atlanta. The scholarship is named in honor of Frank Perdue, the late president and CEO of Perdue Farms, one of the nation’s largest poultry companies, for his dedication to aspiring young people studying for careers in the poultry industry.

Nearly 600 students interested in a career in the poultry industry were in attendance. The program attracted students from 36 universities throughout the United States, while the International Student Program brought in 12 students from six universities in Latin America. The students interviewed for jobs and internships with human resource representatives from 37 industry and allied firms. They were also able to visit the exhibit floor to see the most current technology used in today's industry.

“Our poultry science majors are always excited to travel to Atlanta and attend the International Poultry Exposition, but this year the anticipation was especially high because the club worked hard all year to prepare for competition,” said Mike Kidd, head of the  poultry science department for the University of Arkansas System Division of Agriculture. “Their efforts paid off and I couldn’t be prouder of Lesleigh. This honor is a testament to her leadership and hard work.”

The USPOULTRY Foundation’s mission is to support the recruitment and training of the brightest students, seek and fund scientific research, foster student scientists and promote careers in the poultry and egg industry.

Media Contact: Sara Landis
Center of Excellence for Poultry Science
U of A Division of Agriculture
479-575-3192
slandis@uark.edu