FAYETTEVILLE, Ark – Jean-François Meullenet has been named interim director of the Arkansas Agricultural Experiment Station of the University of Arkansas System Division of Agriculture, effective Dec. 11. 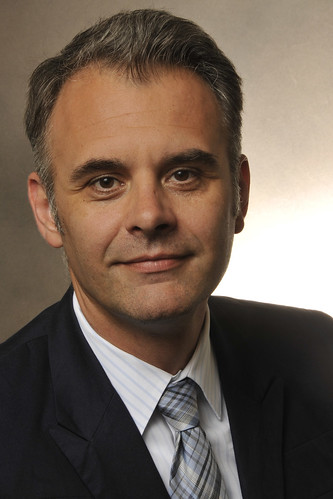 Mark Cochran, vice-president-agriculture for the system and head of the Division of Agriculture, on Wednesday announced Meullenet’s appointment to succeed Clarence Watson, who retires at year’s end. The Agricultural Experiment Station, headquartered in Fayetteville, is the research arm of the Division of Agriculture, and has 13 research centers and stations across Arkansas. The stations’ research findings are then transferred to the public through the Cooperative Extension Service.

“I know I still have a lot to learn about the breadth of our programs and plan to spend the first few months bettering my understanding of all aspects of our research through departmental and unit visits,” he said. “I also look forward to working closely with Bumpers College and Extension as we partner on various projects.”

A native of France, Meullenet earned a master of science in Food Engineering from the National Superior School of Agronomy and Food Science in Nancy, and a PhD in Food Science and Technology from the University of Georgia. He joined the Division of Agriculture as an assistant professor of Food Science in 1996. He has published 117 articles in refereed journals and has made more than 150 presentations, in addition to advising numerous masters and PhD students.

Since 2006, Meullenet has held the Tyson Foods Endowed Distinguished Professorship in Sensory Science and is a 2013 graduate of LEAD21, a national leadership program.