Watson became associate vice president-Agriculture-Research for the University of Arkansas System Division of Agriculture and director of the experiment station in 2012 following a national search. As director, Watson oversaw five research and extension centers and another six research stations across Arkansas. Under his leadership, the experiment station saw a nearly 15 percent increase in grant dollars for research from the 2013 fiscal year to the 2107 fiscal year. The Arkansas Agricultural Experiment Station is the research arm of the UA system’s Division of Agriculture. 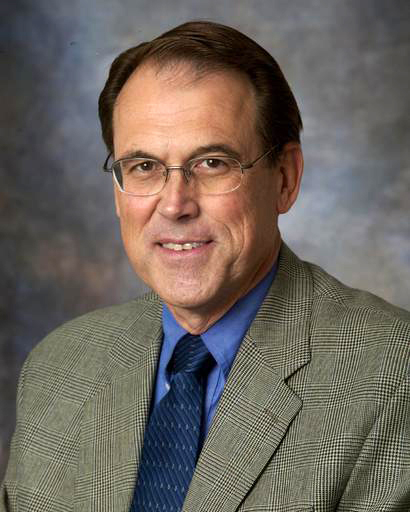 On a national level, he has served in numerous capacities on the Experiment Station Committee on Organization and Policy, or ESCOP, for the Association of Public and Land-Grant Universities, including ESCOP Chair, 2009-10; ESCOP representative on the APLU Board on Agricultural Assembly Policy Board of Directors, 2016; National Research Support Projects Review Committee, 2011-17; Chairman, 2016-17; and ESCOP liaison to the Extension Committee on Organization and Policy, 2011-17. He was also a member of the steering committee for the APLU initiative, “Healthy Food Systems, Healthy People,” 2014-16.

Watson also served on the division’s executive committee, working closely with Vice President Mark Cochran, and worked with the U.S. Agriculture Department and other stakeholders to interpret research needs and experiment station programs.

“I appreciate the opportunity to have served as associate vice president for Agriculture–Research for the Division of Agriculture and director of the Arkansas Agricultural Experiment Station for the past six years,” Watson said. “I am confident that the experiment station will continue to serve the needs of Arkansans effectively and enthusiastically in the future, and provide a trusted source of reliable and unbiased data.”

Cochran, who is head of the Division of Agriculture, said “Clarence has been an invaluable member of our leadership team. He leaves the Agricultural Experiment Station a stronger force for our land grant mission than when he arrived.”

“We are grateful for the energy, expertise and administrative skills he brought to the experiment station. He came to us with tremendous experience and a national reputation for experiment station administration,” Cochran said. “Under his leadership, research expenditures saw significant growth.

“Clarence will be greatly missed by all of us,” he said.

In 1992, Watson became head of the MSU Experimental Statistics Unit in addition to his other responsibilities. He was interim head of the agronomy department from 2000-2002 and associate director of the Experiment Station from 2002 until 2006, when he accepted the position at OSU.

Watson holds a PhD in Crop Science from Oregon State and a BS and MS in Agronomy from New Mexico State University.

“We’ll be traveling some. This will give us a chance to see family, kids and grandkids more than we’ve been able to,” Watson said.