By Ryan McGeeney
U of A System Division of Agriculture
Aug. 18, 2017

LITTLE ROCK – Prices for most commodities have taken a beating in the week since the U.S. Department of Agriculture released its Aug. 10 Arkansas Crop Production report. 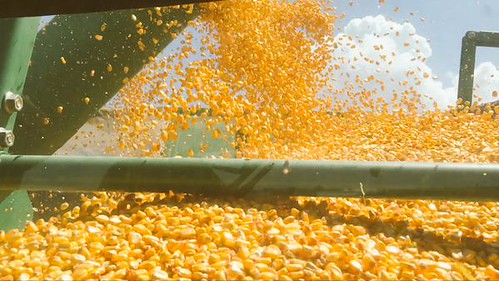 Projected yields for Arkansas corn, cotton, rice, sorghum, soybeans and winter wheat all rose to some degree over 2016 yields. Overall production forecasts for cotton, hay and soybeans in the state also rose over 2016 numbers, while expected production for corn, rice and sorghum fell.

Scott Stiles, economist for the University of Arkansas Division of Agriculture, said that the August production report is the first of the season to incorporate field surveys into forecasts. Because the USDA’s National Agricultural Statistics Service’s condition rating of the U.S. corn and soybean crops had been trending lower in weekly crop reports throughout July, commodity futures markets reacted sharply to the Aug. 10 report, which was considerably more optimistic about yields, he said.

“November soybean futures have lost as much as 52 cents following the Aug. 10 USDA report,” Stiles said.

“The bottom line is that the report was really negative for crop prices overall,” Stiles said. “The day of that report, you saw corn, wheat, soybean, cotton prices — everything, really — turn lower. It’s had a huge impact on the price outlook for our growers.”

The state’s one major commodity that seems to have been spared is rice. With national production down from about 224.1 million cwt in 2016 to an estimated 186.5 million cwt in 2017, primarily due to spring flood damage in Arkansas and surrounding states, Chicago Board of Trade rough rice futures contracts have consistently trended upwards since May, Stiles said, to more than $12 per hundredweight.

Meanwhile, production and harvest in Arkansas remains afoot. Jason Kelley, extension wheat and feed grains agronomist for the Division of Agriculture said growers are hoping for sunshine and a cessation of rain long enough to harvest the majority of corn throughout the state.

“Some of the earliest harvesting began three weeks ago,” Kelley said. “The longer it sits out there, the more our potential for lodging goes up. Anytime it lodges, we’re just never able to get all of it into the combine.”

Both cotton and soybeans are likely to benefit for continued moderate August temperatures. Bill Robertson, cotton agronomist for the Division of Agriculture, said the summer rains, while problematic for some aspects of the state’s agricultural industry, have helped cotton growers reduce input costs.

“Mother nature has helped us a good deal with rainfall,” Robertson said. “We’ve had to put a little less money into our crop in terms of irrigation costs. One thing in the back of everyone’s mind is target spot, but the crop is far enough along that it’s not going to cause an economic problem. It’s not over yet, but we are close enough to the end that everyone is ready to stop spending money on the crop.”