The foundation is a non-profit organization that supports not only the educational programs of Arkansas 4-H, but also the operations of the C.A. Vines Arkansas 4-H Center. The 4-H Youth Development program is part of the Cooperative Extension Service and the University of Arkansas System Division of Agriculture. 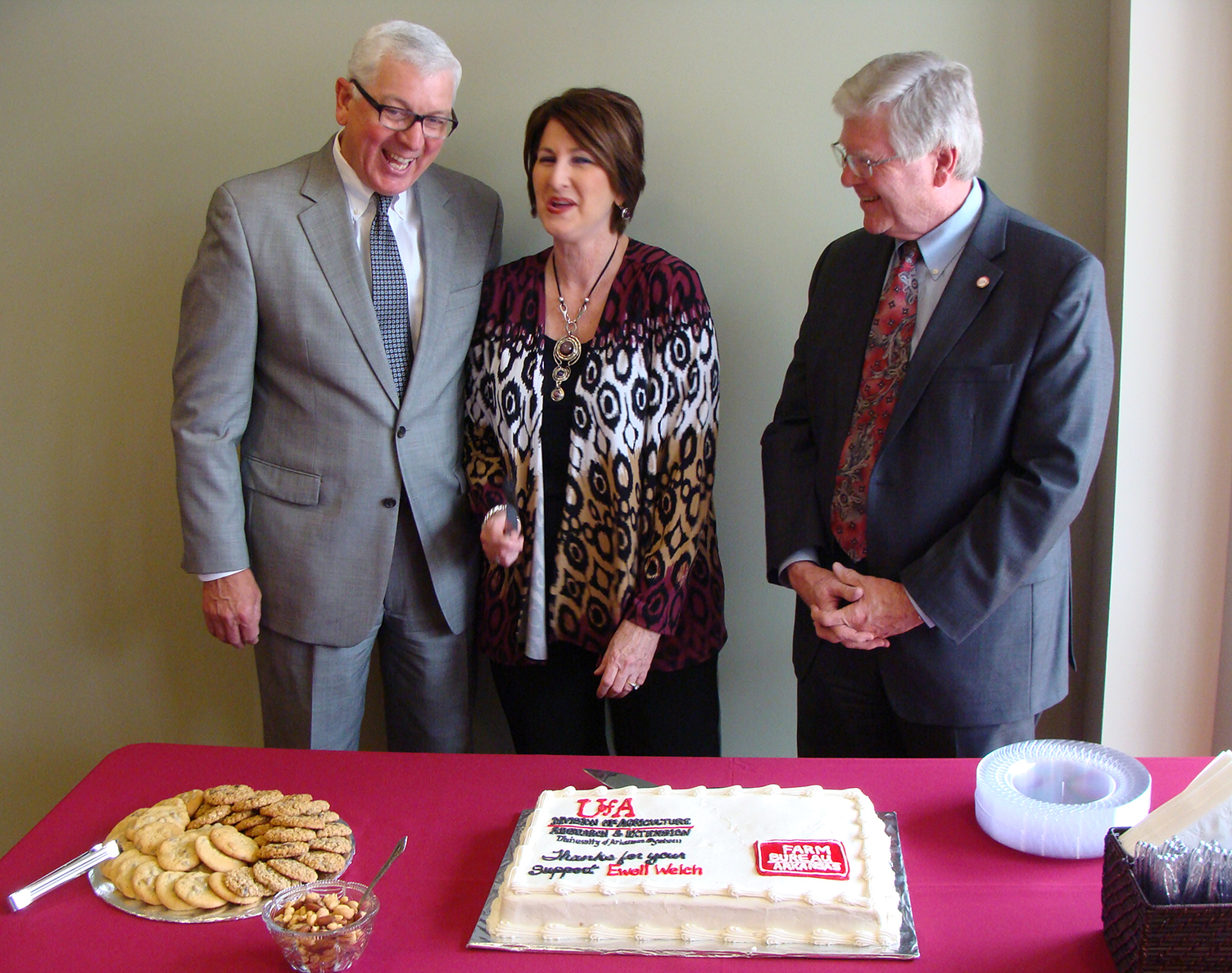 “I am honored by this opportunity to not only serve the Arkansas 4-H Foundation, but also the families the foundation serves,” Welch said. “Four-H is actively shaping Arkansas’ future leaders, and to be in a position to work with the volunteers who make up the foundation board in support of 4-H members and programs is a privilege."

His first job out of school was with the Arkansas Farm Bureau, which hired Welch to be part of its poultry division. He began work there in December 1977 and Welch never looked back, serving at Farm Bureau for 36 years.

In 2002, he interviewed for the position of executive vice president -- a job from which he retired from in 2013.

The University of Arkansas System Division of Agriculture honored a long-time advocate of agriculture on Monday, dedicating a boardroom to Welch in 2014.

"We are thrilled to have Ewell aboard," said Rick Cartwright, interim director of the Cooperative Extension Service. "His professionalism, experience and knowledge of the state and our 4H programs make him a perfect fit for the foundation."

For more information about the Cooperative Extension Service and its programs, contact your county extension office or visit our newly renovated site, www.uaex.uada.edu.