By Fred Miller
U of A System Division of Agriculture
Sept. 9, 2016

FAYETTEVILLE, Ark. — Ahmed A. Kattan, who was the first food science department head at the University of Arkansas, died Sept. 3 at age 91.

Kattan, born in Cairo, Egypt, in 1925, joined the University of Arkansas horticulture faculty in 1955 to conduct research for the Arkansas Agricultural Experiment Station and to teach in what became the Dale Bumpers College of Agricultural, Food and Life Sciences. He designed a physiology and food processing laboratory in 1957 and spent the next 11 years developing an academic program in food science 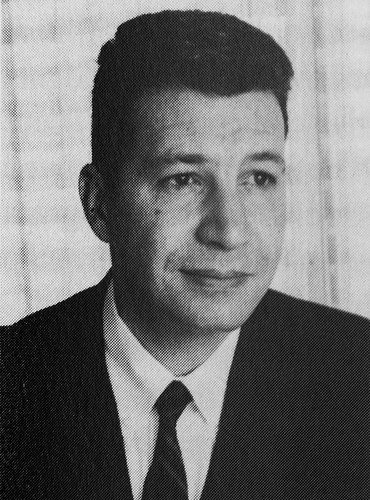 Kattan also conducted groundbreaking research for the University of Arkansas System Division of Agriculture, particularly in the area of water management for horticultural crops. His work helped increase yields significantly for Arkansas fruit and vegetable growers.

Kattan retired from the university in 1988 as a Distinguished Emeritus Professor and continued to live in Fayetteville. He had become a naturalized citizen of the United States in 1958.

He is preceded in death by his wife, Anna Grace Phillips Kattan in 2010. They met at the University of Maryland, where he earned his doctorate in horticulture in 1952 and where she worked as a secretary in the same department. They were married 59 years.

Funeral services for Kattan will be 3 p.m. Friday, Sept. 9, at the chapel in Fairview Memorial Gardens on Mission Boulevard in Fayetteville.