LITTLE ROCK – The combines are rolling in Arkansas’ rice and corn fields after wet weather set farmers back on their harvest plans, and cotton fields should be seeing pickers make their annual run in a couple of weeks.

“Insect sprays and irrigation are behind us,” said Bill Robertson, extension cotton agronomist for the University of Arkansas System Division of Agriculture. “A few fields have received initial harvest aid application, and we should see some picker activity in the field mid-September. 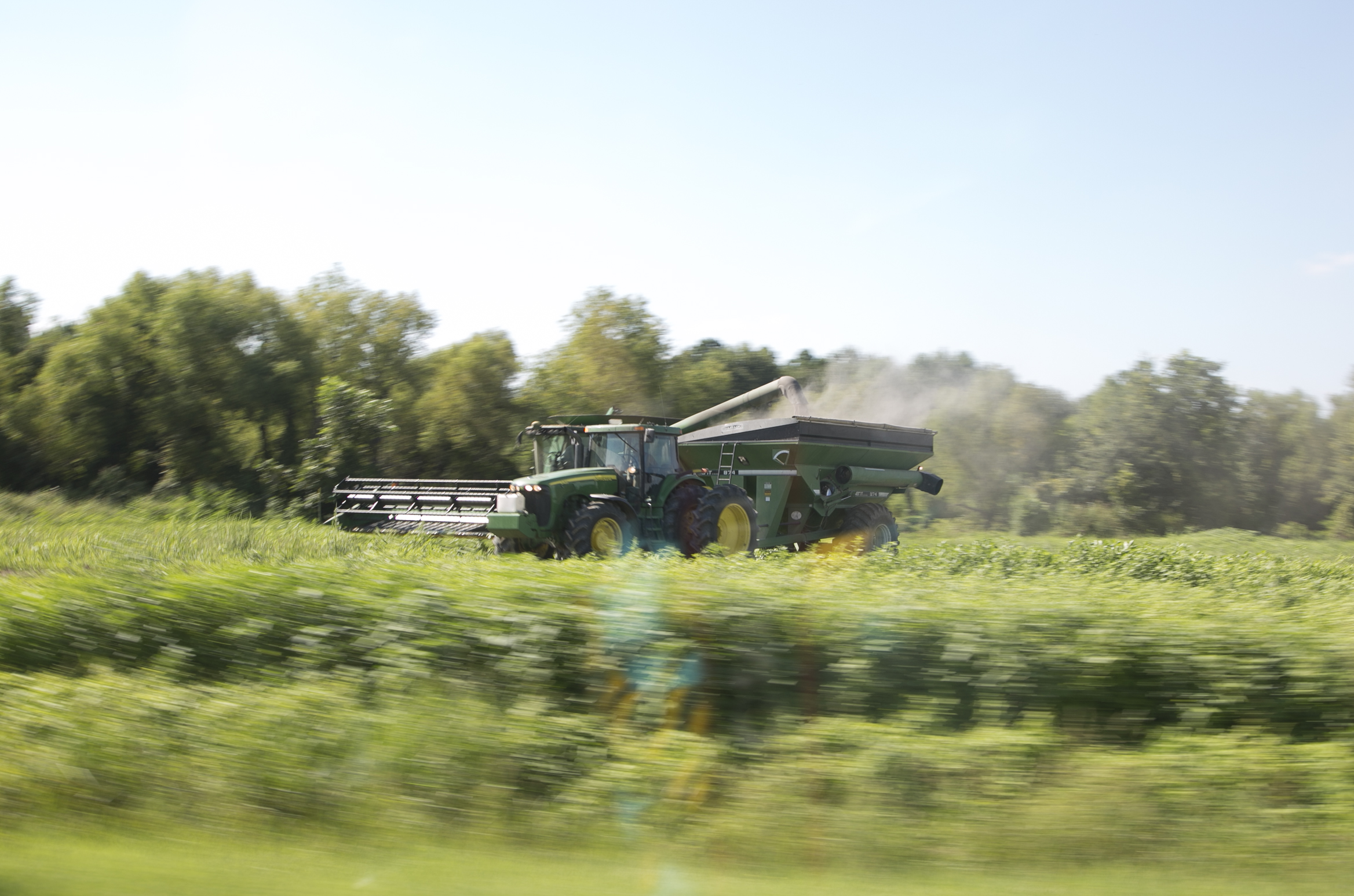 Timing the cotton harvest takes a bit of analysis that involves sampling fibers from open bolls. At this time of year, cotton growers are concerned with “micronaire,” a measure of the surface area of cotton fibers. Cotton with low micronaire isn’t desirable because it can lead to issues with dyeing. Cotton with high micronaire isn’t desirable either because it can be tough to spin. Less desirable cotton will warrant discounts at the gin, and that translates into less money for the farmer.

Defoliant is applied ahead of the picker to keep leaves out of the white bolls. “Once we establish that the field is mature enough for harvest, then we apply defoliant to prepare for picking.

“They’ll move harvest aid timings earlier if the potential for high ‘mic’ is great,” he said. “I don’t think this will be a problem this year, but we want to investigate that before it’s too late to manage.”

Heat and humidity have taken their toll on Arkansas’ rice crop, said Jarrod Hardke, extension rice agronomist for the University of Arkansas System Division of Agriculture.

“On rice we're probably 25 percent harvested by now,” he said on Friday. “Yields are extremely erratic as it seems the period of very high temperatures and humidity significantly reduced successful pollination during the third week of July. As a result, those kernels weren't filled and we're seeing much lower yields in fields that appeared to have much higher yield potential.”

“Some of these yields are low enough to bring the return on these fields well below the cost of production when things were already going to be difficult given the current commodity price,” Hardke said. “The hope is that as we move to harvesting rice that didn't flower during the worst temperatures that normal yields will return.”

An additional concern is that milling yields to date have been low, further cutting into the chances for a profit.

“Lower percent whole kernels will reduce the amount paid for rice and we're seeing 5-10 percent reductions fairly common,” he said. “Much of this is due to harvesting rice late after it was exposed to weeks of rainfall.”

The good news for harvest season is the scarcity of rain in the forecast through next Thursday, which just a 20 percent chance on both Labor Day and Tuesday, according the National Weather Service at Little Rock.

According to the final August National Agricultural Statistics Service crop report, cotton bolls were open in 23 percent of the crop, up from 16 percent the previous week.

In northeast Arkansas, where the heaviest rain fell last month, “crop damage from the recent flood continues to get worse as water recedes and evidence of damaged crop can be seen,” said Mike Andrews, Randolph County extension staff chair for the Division of Agriculture.

“Damage estimates will probably continue to rise as farmers have the opportunity to get in and look at crop that has been under water,” he said. “There will be thousands of acres that will not be harvested due to flood damage or crop being completely dead in fields.”

Andrews said livestock and forage producers were hit hard by armyworms who could not apply insecticides in time to control the worms, adding that “many miles of fence were also lost due to flooding.”

For more information about crop production or commodities, contact your county extension office or visit www.uaex.uada.edu or  http://Arkansascrops.com.