WESTON, Va. — Hours of work and study, some of it up to the 11th hour, went into the Arkansas 4-H Forestry Team’s 1st Place victory at this year’s National 4-H Forestry Invitational. 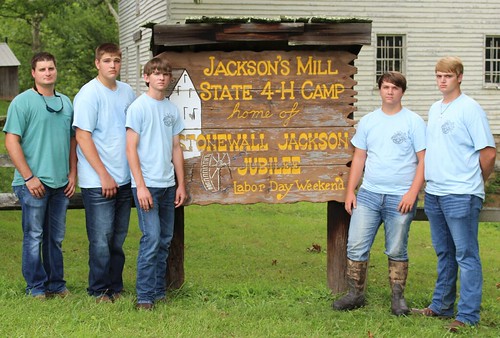 “It’s like anything else — you mix a lot of hard work and dedication, to get the kids prepared and get to the point where they’re competent enough to win,” Gwin said. “It takes a lot of long hours of looking at trees and reading maps to get them to that level.”

Gwin said that after attending and competing at several 4-H and Future Farmers of America forestry contests, his team studied intensely for four days prior to the national competition, concentrating on weaknesses they had each recognized during previous competitions.

“This is the team’s second year doing forestry,” Gwin said. “I’ve got two brothers on the team, and both of them are really intelligent, and they pushed the other two kids to do their best. If you had asked me, three weeks prior to the competition, if we were going to win a national contest, I’d have said we hadn’t studied enough, and that we weren’t prepared to win. But I guess the cramming and all the studying that we’d done in that four days stuck.”

Gwin said that although the team didn’t necessarily place first in each category of competition, it was their ability to consistently place among the top three or four teams in each competition that ultimately won them 1st Place overall.

“About 75 percent of it is walking in the woods,” Gwin said.

4-H is a youth education program operated by the Cooperative Extension Service of the U.S. Department of Agriculture, National Institute of Food and Agriculture and the state land grant universities. More than six million youth, 540,000 volunteers, and 3,500 professionals participate in 4-H nationwide, and nearly 100,000 are part of the 4-H Forestry Program.