Growers in northern counties may need to supplement fescue this year

By Ryan MCGeeney
U of A System Division of Agriculture
May 20, 2016

LITTLE ROCK — With the arrival and passing of “middle May,” many hay growers in the northern counties of Arkansas are now facing the difficult decision of when to make the first cut. 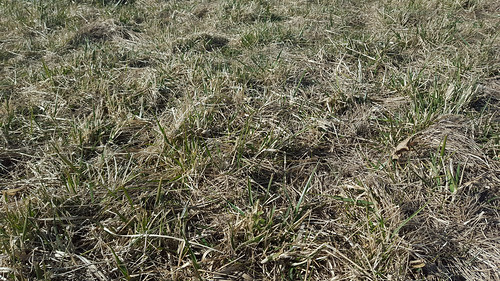 Throughout counties where the primary commodity is cattle, Cooperative Extension Service agents have reported thin fescue stands. The situation leaves growers to decide whether to cut now, while nutrient value is at its peak, or to wait another few weeks, when yield will increase but nutrient value may fall, requiring supplementation with other grains when feeding cattle.

Mark Keaton, Baxter County Cooperative Extension Service staff chair, said fluctuations in the county’s weather this spring — warm one day, cool the next — are typically to blame when fescue is thin.

“The fields just don’t have a lot of foliage out there,” he said. “Producers that have the equipment to put up baleage have cut some fescue.  There have been a few fescue hay fields put up the traditional way. However, a lot of our producers will wait to harvest for more yield, and may end up needing to supplement the hay with protein, energy or both.”

John Jennings, professor of forage for the University of Arkansas System Division of Agriculture, said Arkansas producers typically grow about 2 million acres of fescue each year. Growers who suspect their hay may be lacking essential nutrient levels for cattle feeding purposes should test the grass before deciding how to supplement it, he said.

Jennings also said clover has done very well throughout this season, and will likely bolster the overall nutrient value in bales drawn from mixed stands.

“Even though the grass hasn’t done well, the clover has done well,” Jennings said. “We see a lot of white and red clover coming in in pastures. It’s really done well this spring, except where rain has been short, so that’s helped fill in where the fescue’s not done well.”

To learn more about attaining proper nutrient values in hay and other crops, contact your local Cooperative Extension Service agent, or visit www.uaex.uada.edu.