Arkansas growers working into the night to gain ground in planting

LITTLE ROCK – A combination of dry weather and long days have enabled Arkansas’ crop producers gain ground this planting season, according to Monday’s report from the National Agricultural Statistics Service. 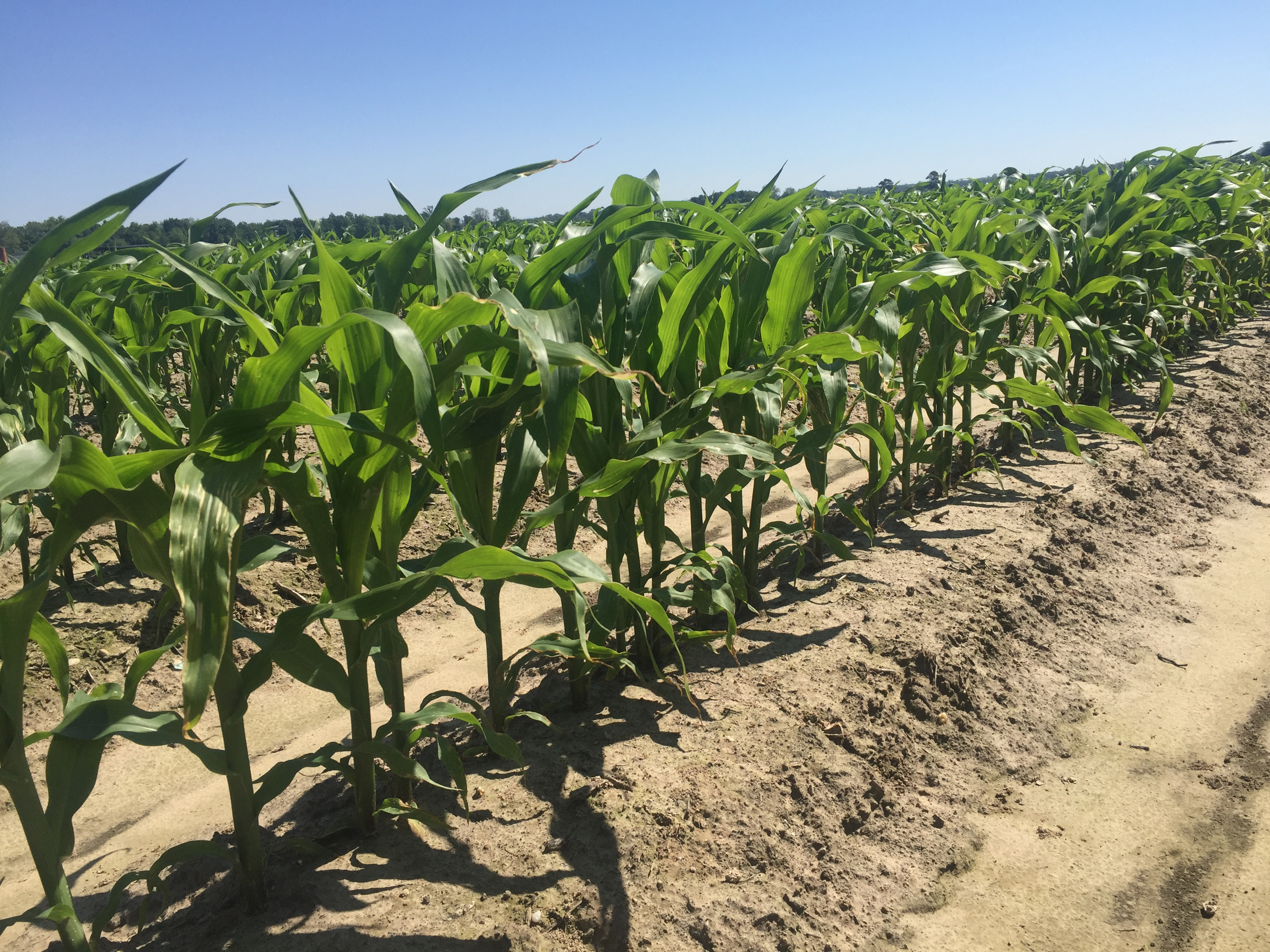 CORN AND SKY -- Rows of corn in a Lincoln Co. verification field stand in sunshine. A dry stretch enabled farmers to make progress in spring planting. Image taken May 6, 2016. (U of A System Division of Agriculture photo by Kevin Lawson)

“We did have a few days of good, drying weather to get some soybean planted,” said Jeremy Ross, extension soybean agronomist for the University of Arkansas System Division of Agriculture. “I know in Prairie and Lonoke counties, soybean producers were going late into the night several nights the end of last week and this weekend either working ground or planting.”

Brent Griffin, Prairie County extension staff chair for the Division of Agriculture agreed with Ross that farmers accomplished a lot “considering we had 6 to 8 inches of rain 10 days ago.”

The soybean crop is closing in on the halfway mark with 48 percent planted this week, up from 32 percent last week and ahead of the 35 percent five-year average.

Cotton was more than half completed with 57 percent planted. That’s up from last week’s 36 percent and ahead of the 39 percent five-year average.

“36 to 57 is a good bump especially considering most of it took place on Saturday and Sunday. Some were in the field as early as Thursday and a few more on Friday,” said Bill Robertson, cotton agronomist for the University of Arkansas System Division of Agriculture.

“The long string of morning temps in the low 50s has slowed progress of earlier planted cotton,” he said. “Some stands are difficult to evaluate as emergence is still occurring. Most just need a little more time. I’m excited to have improved temps for cotton germination and emergence.”

For the most part, lows were expected to linger in the 60s this coming week, with a dip into the upper 50s on Friday, Saturday and Sunday. However, “dry” is hard to find in this week’s forecast. As of Monday afternoon, a chance for thunderstorms was forecast through Thursday night.

“Doesn’t look like we will get much planted this week according to the weather forecast,” Ross said.

Corn producers were closest to being done with 99 percent of their anticipated acreage in the ground. That’s up from 96 percent last week and the 93 percent five-year average.

Peanut growers made up a lot of ground going from last week’s 44 percent planted to 60 percent in this week’s report.

Rice was 93 percent planted, up from 87 percent last week and ahead of the 72 percent five-year average.

Sorghum is 62 percent planted, up from 43 percent last week and the 71 percent five-year average.