LITTLE ROCK — It may be Monday or Tuesday before some row crop farmers are able to resume planting in the wake of strong storms that raked the state with large hail, funnel clouds and record rainfall. 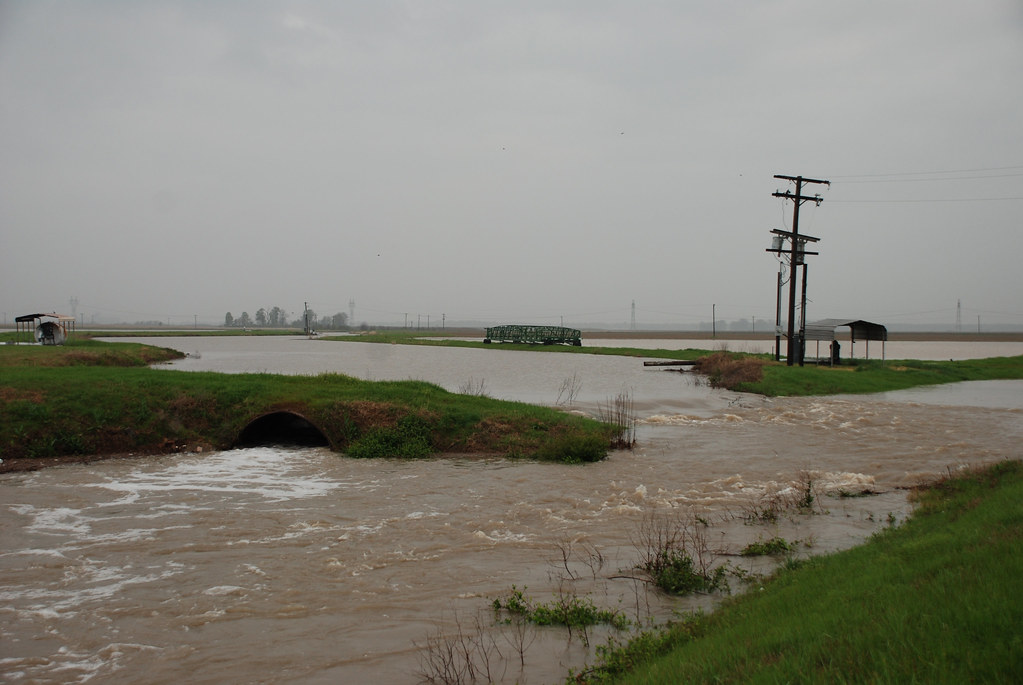 WHITEWATER - Prairie Co. of water flooding out of a tailwater recovery ditch and the adjacent field. Taken March 31, 2016. (U of A System Division of Agriculture image by Jarrod Hardke).

On Thursday, hail from .75 of an inch to 1.5 inches was reported in Lonoke, Monroe and Prairie counties and high winds were blamed for toppling trees and damaging a home in Camden, according to a report compiled by the National Weather Service.

According to the National Weather Service, Wednesday’s storms broke many daily and monthly records, and that was before another round of storms moved through on Thursday morning, the final day of the month:

Meanwhile, northwest Arkansas was expecting patchy frost by Saturday morning with temperatures forecast to dip to near freezing on Friday night.

“My rain gauge read right at one-tenth of an inch. We could use more rain,” said Berni Kurz, Washington County Extension staff chair for the University of Arkansas System Division of Agriculture.

“We are expecting freezing temperatures early Saturday morning which is Fayetteville Farmers Market grand opening for this season,” Kurz said. “Market gardeners’ fields are in pretty good shape. They have been using floating row covers a lot this late winter to protect those cool season crops.”

Row crop farmers in the Arkansas Delta were assessing the damage after a Wednesday evening interrupted by tornado warnings. Thursday was no better, with a second round of thunderstorms with high winds and large hail blowing through parts of the Arkansas River Valley and the Delta.

“Probably over 10 percent of Arkansas’ rice acreage has been planted to date,” said Jarrod Hardke, extension rice agronomist for the University of Arkansas System Division of Agriculture. “The areas where most of that has been planted received between 4 and 7 inches of rain over the past 24 hours.

“The biggest concern for those fields will be the potential for destruction of new levees that wouldn’t withstand the intense flooding brought on by the heavy rains,” he said. “The rice seed itself, as long as not exposed by erosion from moving water, will likely be fine and emerge normally for this time of year once the water recedes and warm temperatures set in.

“However, levees seeded with rice that are destroyed and have to be re-pulled will need to be re-seeded and that rice could potentially be out of sync with the rest of the rice in the field creating management and harvest issues,” Hardke said.

“We had 5 inches of rain and lost about a half-inch of soil on the beds,” he said Thursday afternoon.

In Phillips County, County Extension Agent Robert Goodson said that after 3-4 inches of rain, “there was some water on fields, but most drains fairly quickly. We may be back in the field on Monday or Tuesday.”

Lonoke County Extension Agent Keith Perkins doesn’t expect there to be any major setbacks in his county. In many cases, flooded fields have not yet been planted.

“We are still early in the planting window and this has just delayed us a few days depending on how fast the water gets off and the soil type,” he said. “This rain actually helped activate the herbicides on rice and corn.” 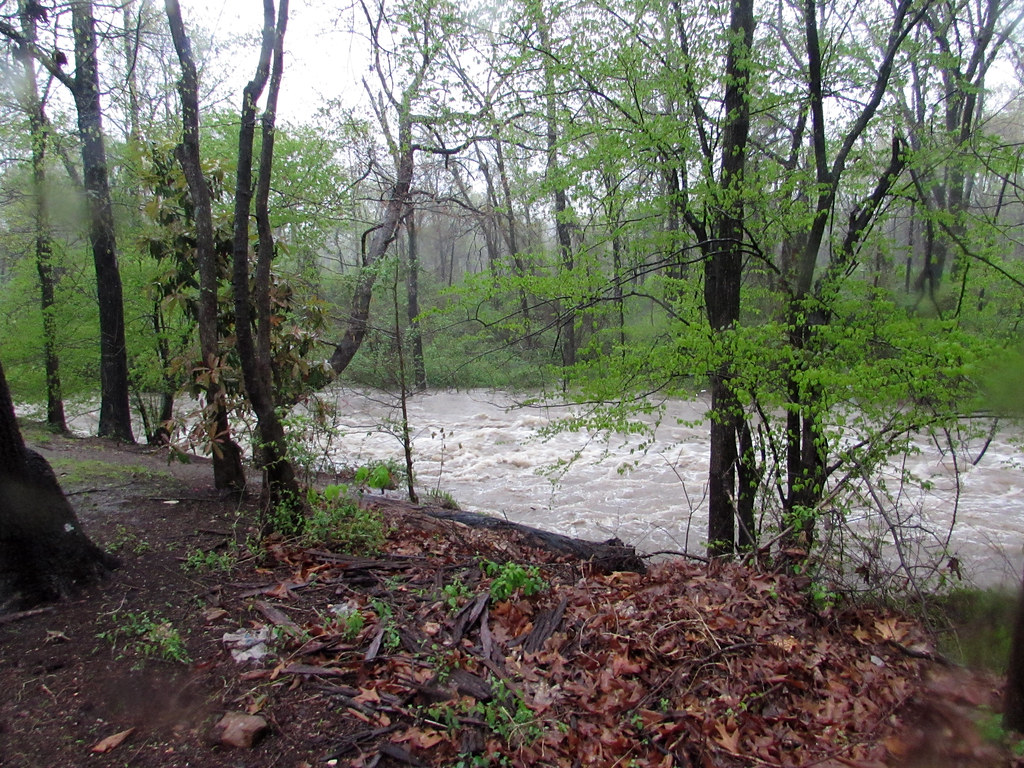 FILLED TO THE BANKS -- Coleman Creek in Little Rock runs high and fast after heavy rains caused flash flooding in many parts of Arkansas (U of A System Division of Agriculture photo by Brittany Singleton.)