By Mary Alice Cole
U of A System Division of Agriculture
July 21, 2016

LITTLE ROCK – Nearly 500 teenagers will be congregating in Fayetteville on Aug. 2-5, to attend Arkansas State O’Rama – a time when Arkansas 4-H members get to together to display their talents in performances and competition, and of course, enjoy the company of their 4-H peers. 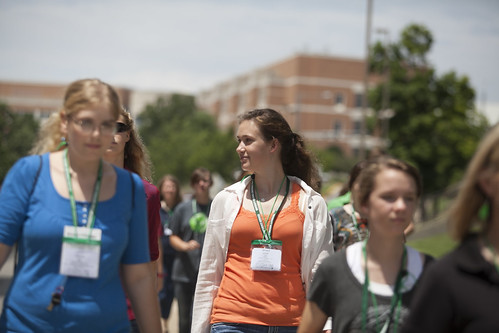 “State O’Rama is one of the most rewarding events that I get to attend, and it’s great to see our 4-Hers at their best,” said Tony Windham, who heads up the Cooperative Extension Service for the University of Arkansas System Division of Agriculture. “The 4-her’s get the chance to visit and stay on a large college campus, for some it may be the very first time. The most important thing that happens at State O’Rama is the kids get the chance to create a network throughout the state that otherwise would not have happened without this event.”

The delegates arrive Tuesday and competition the following days.

To compete, delegates had to place in the top six at their District O’Ramas. Arkansas has three districts: Ouachita, Ozark and Delta. However, delegates don’t have to compete. There are various workshops and events that those delegates can do, such as yoga and sewing.

Arkansas 4-H and Youth Development State Leader, Noah Washburn said, “State O-Rama is not only an opportunity for the 4-her's to go outside of their counties but also to meet and get involved with 4-Her's from all over the state; State O-Rama is not necessarily about the competitiveness, but it is about getting to interact with people that share similar interests."

Martha Ray Sartor, extension’s assistant director of county operations for the Division of Agriculture said, “State O-Rama helps 4-H'ers prepare and determine careers that they are interested in; the speaking skills and being about to perform in front of judges, as well as how to make effective decisions, are skills they will continue to use throughout their lives."

Another important aspect of the state and district O’Ramas are the election and induction of officers.

In 4-H there are seven individuals elected at State O’Rama to represent Arkansas throughout the year at various events and activities; they also plan and coordinate various events such as Teen Leader Conference. These seven officers will be inducted Thursday night at the final ceremony. The 2015-2016 officers will pass their officer jackets on to their successors.

For more information about 4-H, visit www.uaex.uada.edu or contact your county extension office.