By Ryan McGeeney
U of A System Division of Agriculture
Jan. 29, 2016

LITTLE ROCK — Men, women and children of all ages are invited to watch the timeless magic of elaborate model trains at the 25th annual Arkansas Garden and Flower Show.

Richard Davis, a member of the Central Arkansas Garden Railway Society, said members of the group will be setting up two displays at this year’s show — a traditional looping through a 900-square-foot area, and a 100-square-foot Thomas the Train layout for children. 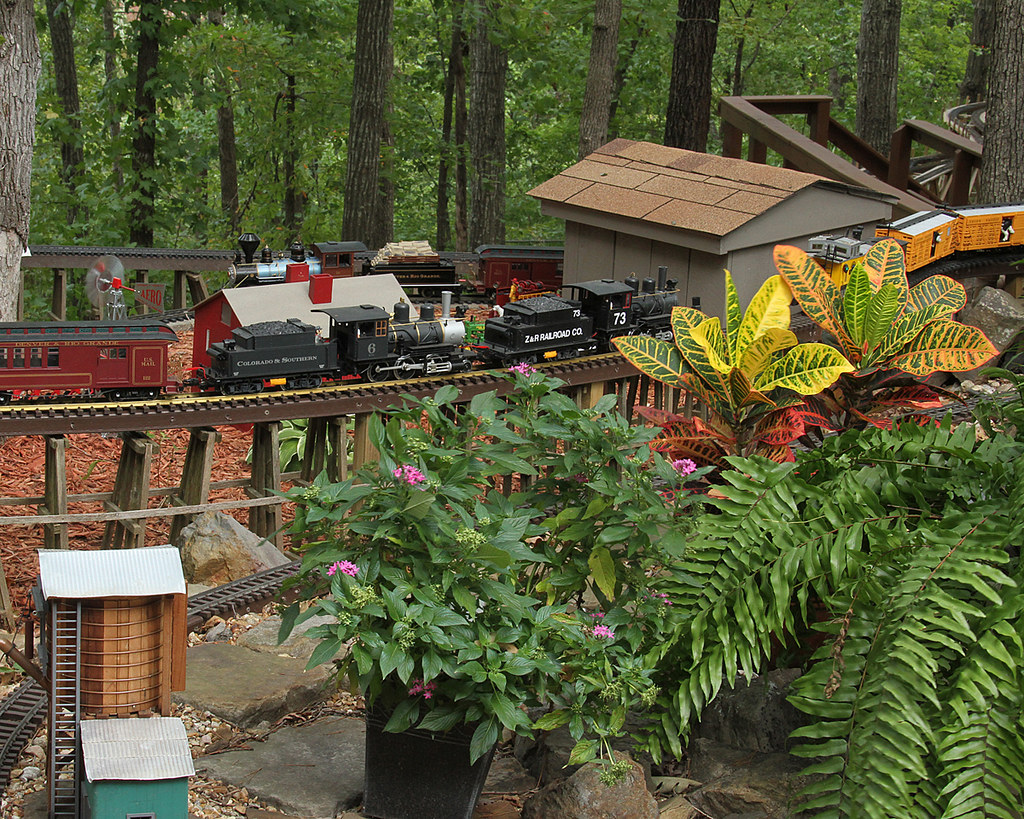 Davis said the group has several “traveling tracks,” which they set up at various locations throughout the year, and that a flower and garden show is a natural fit.

“Garden railroading is a major hobby in the United States,” Davis said. “We go to the National Garden Railway Convention every year. We’ve been to Tampa, Chicago, Cincinnati, Kansas City, and this year, San Francisco.”

Garden railway designs, as the name implies, tend to incorporate plants and foliage in their layouts, and Davis said that will certainly be part of the group’s design at this year’s show.

Much of Davis’ work involves model steam trains depicting construction from the mid-nineteenth century to the mid-twentieth century. He said the trains, depicting past eras of travel, often had a mesmerizing effect on people of all ages.

“Everybody loves trains,” he said. “Some more than others. We’ve had children stand there in awe for what seems like hours. Their parent swill be ready to go, and they’re ready to cry.”

This year’s Arkansas Flower and Garden Show opens its doors at 10 a.m. Friday, Feb. 26. Show times are from 10 a.m.-6 p.m. Friday and Saturday, and 10 a.m.-4 p.m. Sunday. Admission is $10 each day, and three-day passes are available for $15. Admission for children under 12 is free. Tickets can be purchased online or at the door.

The Arkansas Flower & Garden Show is organized by a 501(c)(3) non-profit organization, with proceeds from the show funding scholarships for students majoring in horticulture or related fields at Arkansas universities and community colleges. Proceeds from the show also fund the Greening of Arkansas grant program, which provides grants to Arkansas communities for public spaces to enhance the beauty of the Natural State.

For ticket information and a full schedule of events, visit http://www.argardenshow.org/.