By Ryan McGeeney
U of A System Division of Agriculture
Feb. 12, 2016

KEISER, Ark. — After a year in which total harvested cotton acreage dropped to a record low — about 205,000 acres, according to the U.S. Department of Agriculture — the crop may be poised for a rebound in 2016, agronomists with the University of Arkansas System Division of Agriculture said earlier this month.

Bill Robertson, extension cotton agronomist for the Division of Agriculture, said he’s noted an increased interest in cotton “from one end of the state to the other” in conversations with growers. 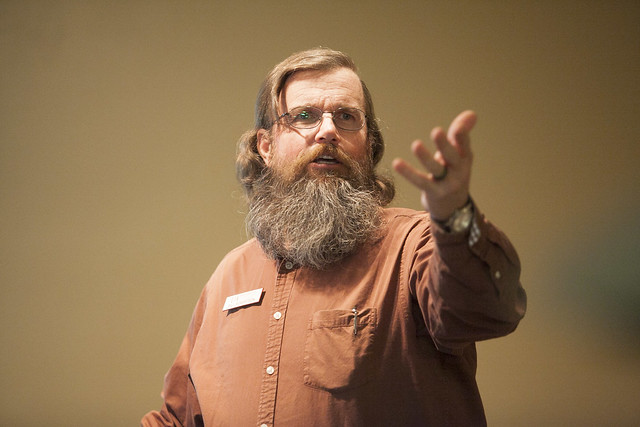 “People are looking at their bottom line and potential returns on different commodities, and cotton is looking very favorable, compared to all the other crops, for 2016,” Robertson said.

Survey respondents indicated a combination of suppressed prices on other commodities and optimistic expectations for water availability and cooperative weather influenced their plans.

As input prices continue to rise for crops across the board, commodity prices, especially soybeans and corn, have “taken a hit,” Robertson said. And while grain sorghum enjoyed a surge of popularity among Arkansas growers in 2015 — tripling over 2014 to more than 500,000 planted acres — many growers seemed to have lost their zest for the crop this year.

“Grain sorghum isn’t nearly as attractive now as it was this time last year,” Robertson said. “Some folks had a few issues — they incurred some expenses they weren’t expecting, so a lot of them didn’t hit the home run with grain sorghum that they thought they were going to.”

While harvested cotton acres did drop to a record low 205,000 acres in Arkansas, the state still experienced its fourth-highest recorded average yield, at about 1,112 pounds per acre. Both Robertson and Fred Bourland, director of the Northeast Research and Extension Center in Keiser and a long-time cotton breeder, said the high average yield was tied to both land-use choices by growers and ongoing improvements in cotton breeding overall.

“As acreage declines, the remaining cotton is on the better ground,” Robertson said. “Certainly, some of our cotton-per-acre yield is increased because of the soil, but some of it is because of better genetics of our varieties.”

Bourland said that the cotton industry in the United States has experienced a “monumental change” in the last two to three years, as seed companies have developed cotton varieties that offer both high yields and high fiber quality.

“Five to 10 years ago, it really wasn’t possible to get a high fiber quality if you were going for maximum yield,” Bourland said.

Over the past few decades, the industry has adopted technology and analysis methods that objectively measures parameters including length, micronaire or thickness, uniformity and strength. These parameters are expressed as a “quality score” or “Q score,” a concept developed by the University of Arkansas, Bourland said.

“Newly-developed indices such as the Q score provide a quick evaluation of the multiple fiber parameters,” Bourland said. “These indices can determine whether cotton is highly marketable, or if it’s trash.

“There’s always a market for poor-quality cotton, but you’re looking at deep discounts that can put you out of business,” he said. “You can’t sustain a farm with those discounts.

“In the past, a lot of times, Q scores of 50 or 60 were the average for most of our varieties,” Bourland said. “Now we’ve got some in the 80’s and 90’s. We’ve got some cottons there that are approaching the pima-type cottons, which are the gold standard for quality.”

The United States is the third-largest cotton producer in the world, after India and China, according to the USDA.