LONOKE Ark. – China’s decision to allow imports of dicamba-tolerant soybeans is bittersweet news for Arkansas producers struggling for weed control options in both their soy and cotton crops. 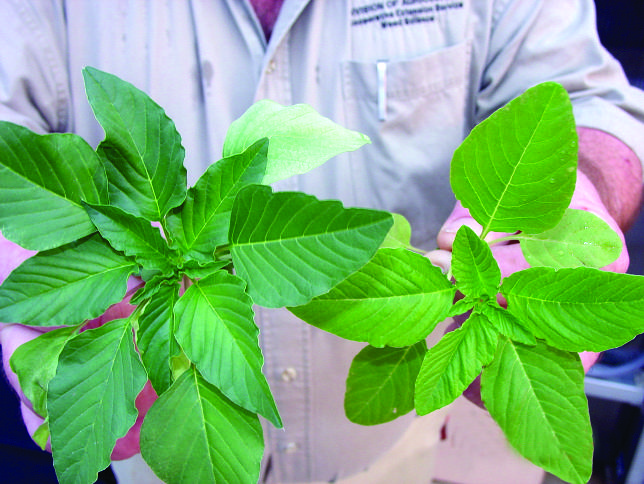 Monsanto announced the decision on Wednesday in which China would allow Roundup Ready2 Xtend soybean imports.

Even though Chinese approval of this new technology is a critical step forward that would mean another tool for control of problem weeds, there are currently no dicamba-containing herbicides labeled for for use either at planting – before the plants come up, or for use over the top of plants that have emerged -- in Bollgard II XtendFlex cotton or Roundup Ready 2 Xtend soybean.

And worse, “based on reports and communications with industry leaders, we do not know for sure that we will get a label for a dicamba herbicide by planting time this year or even for early post-emergence applications in either of these crops,” said Tom Barber, extension weed scientist for the University of Arkansas System Division of Agriculture.

Researchers at the University of Arkansas System Division of Agriculture have been heavily involved over the last five years in developing weed control programs and evaluating the usefulness of the Xtend soybean and cotton system.

“In 2015, Palmer amaranth – or pigweed -- the most troubling weed in soybean and cotton crops, was found to be resistant to PPO herbicides such as Valor and Flexstar,” he said

“This is disturbing because never in the past has other herbicide-tolerant technology been released without the herbicide being labeled for use in the crop,” Barber said. “Weed scientists at the University of Arkansas Cooperative Extension Service recommend that growers facing PPO resistance in their fields rotate to other crops such as corn or rice, or plant cotton or soybean cultivars that are Liberty Link or tolerant to Liberty herbicide, such as Widestrike cotton.”

“Due to the fact that there is no current dicamba herbicide labeled in Xtend soybean and there is no herbicide option for control of glyphosate and PPO-resistant pigweed once they emerge in the field, we do not recommend planting the Roundup Ready 2 Xtend soybean in fields or counties that have an infestation of PPO-resistant pigweed,” Barber said.

Another point that should be considered is this: The University of Arkansas System Division of Agriculture has only a minimal amount of data regarding soybean yield of these new varieties.

“We don’t have enough data to know how they will yield right out of the gate,” he said.

Growers that farm in these counties should be prepared to deal with PPO-resistant pigweed, even if they did not have a confirmation of resistance in 2015. Pigweed seed can be spread several ways including equipment, birds and floods, etc.

“It is great news that we have finally moved forward with getting this technology approved and in the hands of our producers,” Barber said “However, it is also frustrating because, by not having a dicamba labeled for use in this technology we are most likely headed for a train wreck due to the lack of herbicide options in Xtend soybean for glyphosate and PPO-resistant pigweed.”

Use of a product name does not imply endorsement by the University of Arkansas System Division of Agriculture.

For more information on weed control, contact your county extension office or visit www.uaex.uada.edu or http://Arkansascrops.com