Wild in the streets: when coyotes come calling in the city
skip to main content
News - 2016

Wild in the streets: when coyotes come calling in the city

LITTLE ROCK – If a coyote shows up in the backyard of your urban or suburban home, the question isn’t what the animal is doing in town. With all the resources that a city has to offer, why wouldn’t coyotes take up urban life? 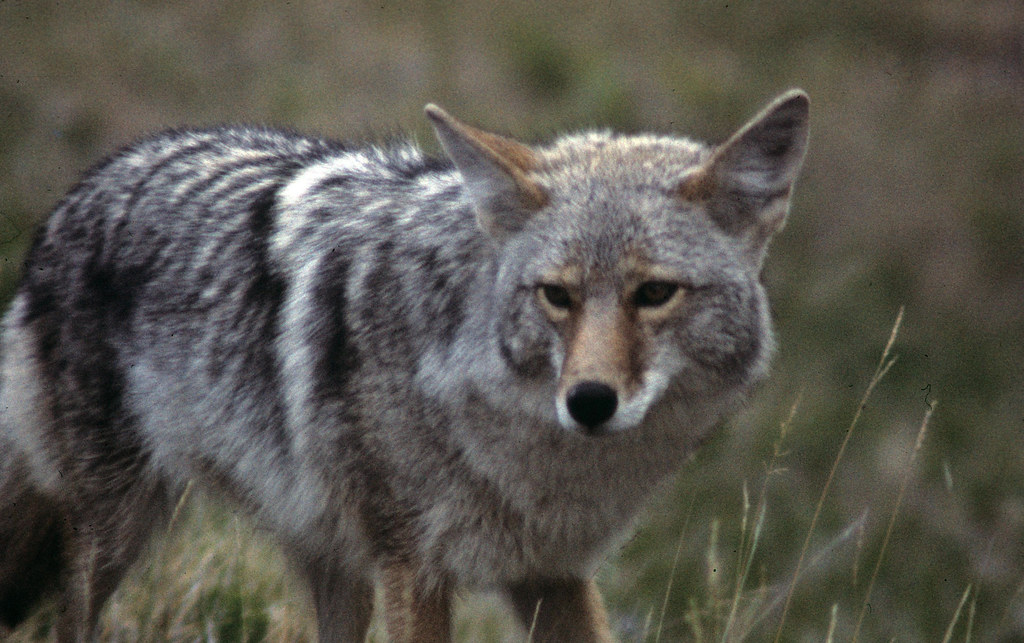 Coyotes are not only in the woods but sometimes in the neighborhoods. (Photo by Alfred Viola, Northeastern University, Bugwood.org.)

“Residential areas provide a year-round habitat for coyotes,” said Rebecca McPeake, an extension wildlife specialist at the University of Arkansas System Division of Agriculture and the Arkansas Forest Resources Center. “Backyards contain mice, rabbits, squirrels and voles for prey, and ample water is available in parks, green spaces and backyards.” Also, coyotes aren’t hunted or trapped in urban areas, which helps them survive.

Coyotes’ liking for cities was made clear in January when a resident in the Little Rock suburb of Cammack Village discovered a coyote in his basement. A local police officer and an Arkansas Game and Fish Commission officer successfully removed the animal from the basement, which likely entered through an open garage door. The Cooperative Extension Service has reported receiving more calls lately from people raising issues about coyotes in the Little Rock area.

Even the nation’s largest urban areas have become coyote habitats. A study and resource organization known as Urban Coyote Research has compiled basic information on the topic at http://urbancoyoteresearch.com with an emphasis on the situation in the area around its Chicago home base.

Coyotes in Arkansas are about the size of small collie dogs, according to the Game and Fish Commission. They’re reddish gray and look like tall foxes from a distance, weighing from 22 to 37 pounds. They can be found in all Arkansas counties.

If coyotes are lurking in the neighborhood, residents should react appropriately. That means not running away. “If approached, yell, wave your arms or throw something at it,” McPeake said. “Running from a coyote may engage its predator-chase response.” Coyotes should generally flee when people see them, but if they show aggressive behavior by growling, stalking or chasing then it’s time to notify city animal control or the Game and Fish Commission.

Small pet cats and dogs are potential prey for coyotes and should be kept indoors at night as coyotes are usually nocturnal animals. Pet food should also be kept indoors and bird feeding areas should be kept clean with no more than a few extra seeds available. Extra seeds not eaten by birds will attract small mammals such as mice and squirrels, which in turn will attract coyotes.

Just as it’s not a good idea to feed stray dogs, don’t feed coyotes that come around. An Ohio State University study said coyotes that are fed in residential neighborhoods or that find scraps to eat can lose their fear of people and begin testing humans or pets as possible prey. To keep food away from coyotes, put meat scraps and other leftovers in secure garbage cans instead of compost piles.

Homeowners can take preventive measures to keep coyotes away from their property. Coyotes are skilled climbers and jumpers, so fencing should be at least five feet high with roll bar or electric wire at the top (if local regulations permit electric fencing). If a coyote does get into the backyard, motion detection lights can potentially scare it away.

For more information about wildlife, contact your county extension agent or visit http://uaex.uada.edu/environment-nature/wildlife/default.aspx.

The University of Arkansas System Division of Agriculture offers all its Extension and Research programs and services without regard to race, color, sex, gender identity, sexual orientation, national origin, religion, age, disability, marital or veteran status, genetic information, or any