FAYETTEVILLE, Ark. – More than 400 4-Her’s spent about a week on the University of Arkansas campus for state O’Rama, their summertime opportunity to compete, perform and network with their peers. 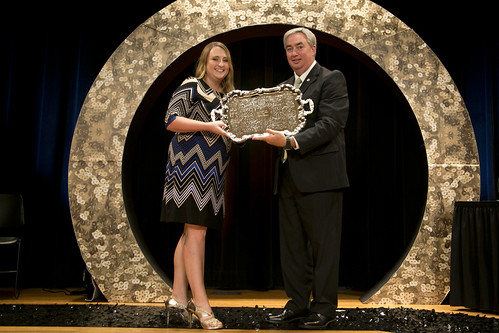 “From our opening assembly speaker to our Awards of Excellence ceremony, we had a great event this year,” said Priscella Thomas-Scott. “It’s always so rewarding to see the growth in our 4-H members and to watch them put their learn-by-doing skills to work.”

The 2016 event featured tours and workshops that put an emphasis on career-oriented degrees such as nursing, child development, engineering, interior design and veterinary science.

Kyle Scheele, a motivational speaker from Springfield, Missouri, kicked off O’Rama on a high note at the opening assembly – encouraging the 4-H youth to know that they are not powerless and can put their energies and talents to making a better world.”

When they start to change their clubs and their communities, then they can think about changing the world. Scheele challenged them: How are you going to use the one life that you have?”

Two celebratory event honored 4-H competition winners and donors to the 4-H cause. The 4-H Awards of Excellence Ceremony recognized those who supported 4-H and awarded the highly coveted Governor’s Award.

The winner of the 34th Governor’s Award was Lauren Cheevers of Washington County, introduced by Darlene Millard, former director of the 4-H program and part of the 4-H Foundation.

Millard emphasized that the award was not political at all, “it’s about outstanding young people and this being the top award in the state.”