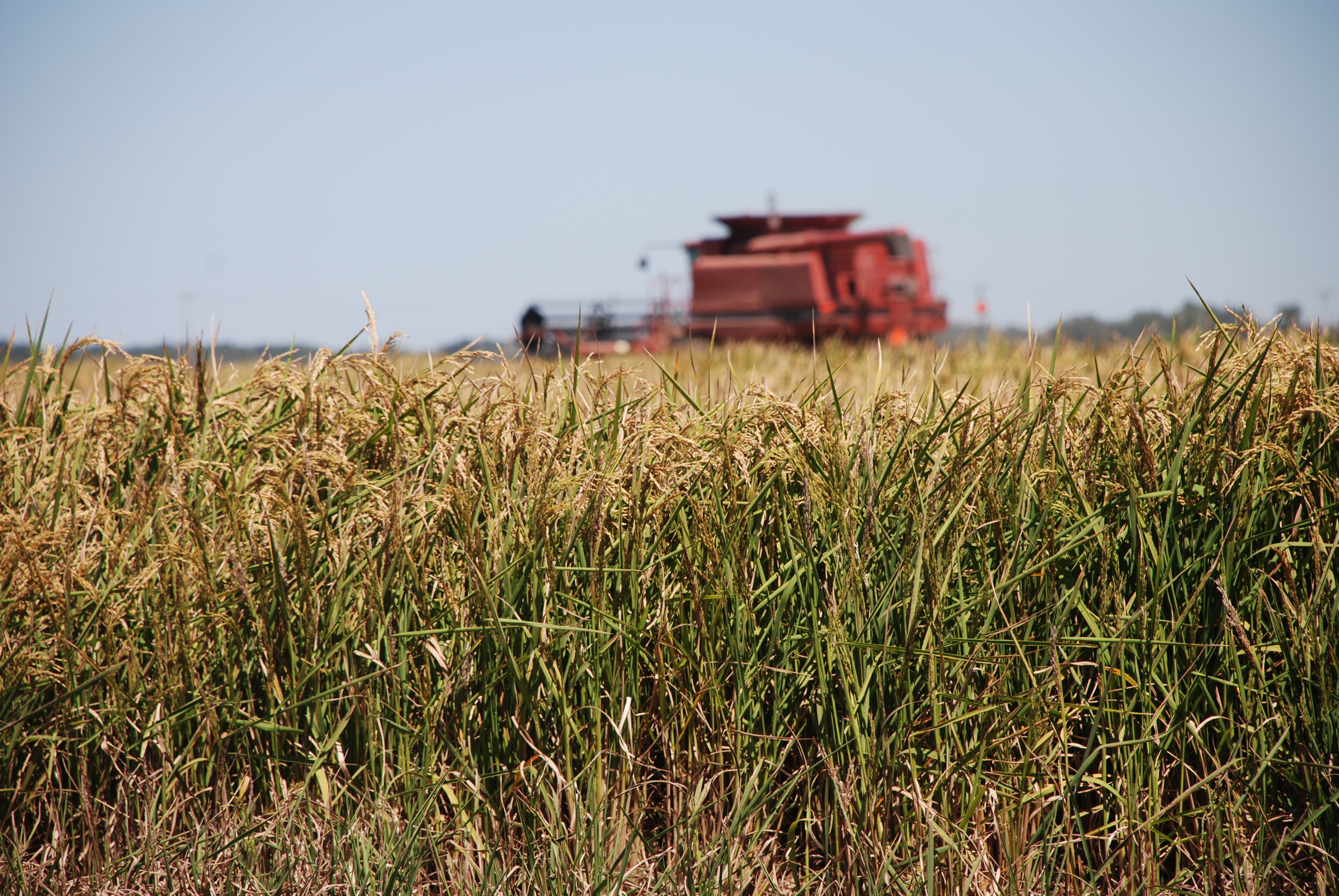 JONESBORO, Ark. – Arkansas could see new records in corn yield and rice production this year, according to the August monthly production report from the National Agricultural Statistics Service.

However, “NASS will continue to refine its estimates of harvested acres, yield and production for the remainder of the year with the next update being Sept. 12,” said Scott Stiles, extension economist for the University of Arkansas System Division of Agriculture.

Friday’s report projected a record corn yield of 189 bushels per acre, which would be eight bushels an acre more than last year’s state average yield, Stiles said. The U.S. average corn yield was pegged at 175.1 bushels this month, also a record.

“There is some very good corn out there this year,” said Jason Kelley, extension wheat and feed grains agronomist for the Division of Agriculture. “Heat during grain fill has been a concern especially on later planted corn. Harvest will get started on a wider basis in the next 10 days and hopefully will back up the 189-bushel-per-acre expectations.”

Arkansas’ rice production is projected at a record 118.125 million hundredweight, while yield is projected at 7,500 pounds per acre, short of the record of 7,560 pounds set in 2013 and equaled in 2014. If the NASS projections hold for rice, the estimated 1.575 million harvested acres would represent the fifth highest for the state and fourth-highest yield.

Jarrod Hardke, extension rice agronomist for the U of A System Division of Agriculture, said the projection exceeds his estimates.

“Harvest is only just beginning, and while yields are better than 2015, they don't appear to be as good as 2012-2014; which are the only years in the yield range currently being projected,” Hardke said.

Jeremy Ross, extension soybean agronomist for the U of A System Division of Agriculture, said he thought the soybean estimate was in line.

“I did think it would have been a little higher compared to the previous year's estimates at the time,” he said. “There are some really good soybeans across the state.”

NASS’s projected cotton state average yield is 1,052 pounds per acre versus 1,092 pounds last year. The agency is also projecting the most harvested cotton acres for Arkansas at 365,000; and the most production, 800,000 bales, since 2012.

“August is the first month where surveyors actually go into the fields and sample things like plant population and ear weights,” he said. “There will be monthly production updates for the balance of year, except in December. The final production numbers for the 2016 crop will be released in January.”

Yield data from field samples and farmer surveys were collected between July 25 and Aug. 8. Approximately 22,100 producers were interviewed during the survey period and asked questions about probable yield. These growers will continue to be surveyed throughout the growing season to provide indications of average yields, Stiles said.

According to NASS, "Farm operators were interviewed to update previously reported acreage data and seek permission to randomly locate two sample plots in selected fields for the objective yield survey."  The plots are revisited each month until crop maturity when the crop is harvested and weighed.

NASS is part of the U.S. Department of Agriculture.