By Fred Miller
U of A System Division of Agriculture
April 29, 2016 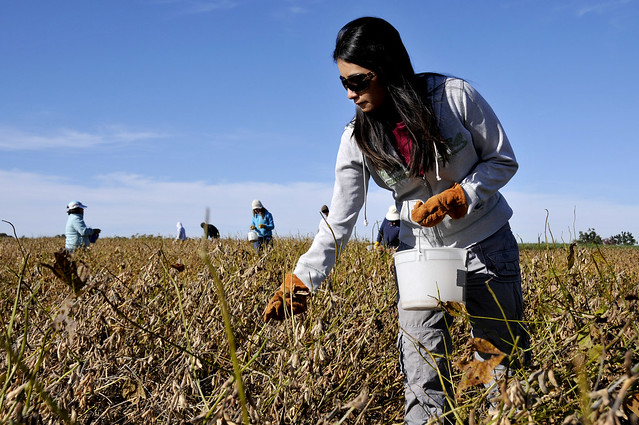 Chen said UA 5715GT — “GT” stands for glyphosate tolerant — offers the weed control advantages of Roundup Ready® soybeans without the added cost of technology fees. As with UA 5414RR, the division’s first Roundup Ready® soybean, growers can save seed from each harvest for planting the following year.

The new soybean has upright plant growth that is taller than UA 5414RR and is highly resistant to lodging and shattering, Chen said. It is also adapted to a broad range of growing conditions across Arkansas

Monsanto’s patent on the first generation of Roundup Ready® products expired in 2015, Chen said, and the company shared the breeding material with public breeding programs, including the Arkansas program directed by Chen.

Chen said UA 5715GT and UA 5414RR fill a niche for growers who want to use the Roundup® system of weed control but don’t want to pay the higher cost of the next generation Roundup Ready 2 Yield® technology.

The Division of Agriculture’s Foundation Seed Program is selling UA 5715 to licensed seed dealers this year. Chen said the initial offering began with 905 bags of seed, though most of that has been sold.

Seed growers or dealers can contact Debbie Ahrent at the Division of Agriculture’s Foundation Seed Program for more information about acquiring UA 5715GT. Call Ahrent at 870-672-2661.

The seed should be widely available to soybean producers in 2017, Chen said.