LITTLE ROCK — Taylor McNeel, a Southern Arkansas University student and long-time 4-H member, will serve in 2016 as the national president of the Future Farmers of America.

McNeel, a junior studying agriculture business at the university in Magnolia, Arkansas, was involved in Faulkner County 4-H since the age of 10, when her family moved to Vilonia. She was involved in public speaking and the county’s 4-H show team, Hooves, Spurs and Furs at an early age, said Leigh Helms, Poinsett County Cooperative Extensions Service Agent. 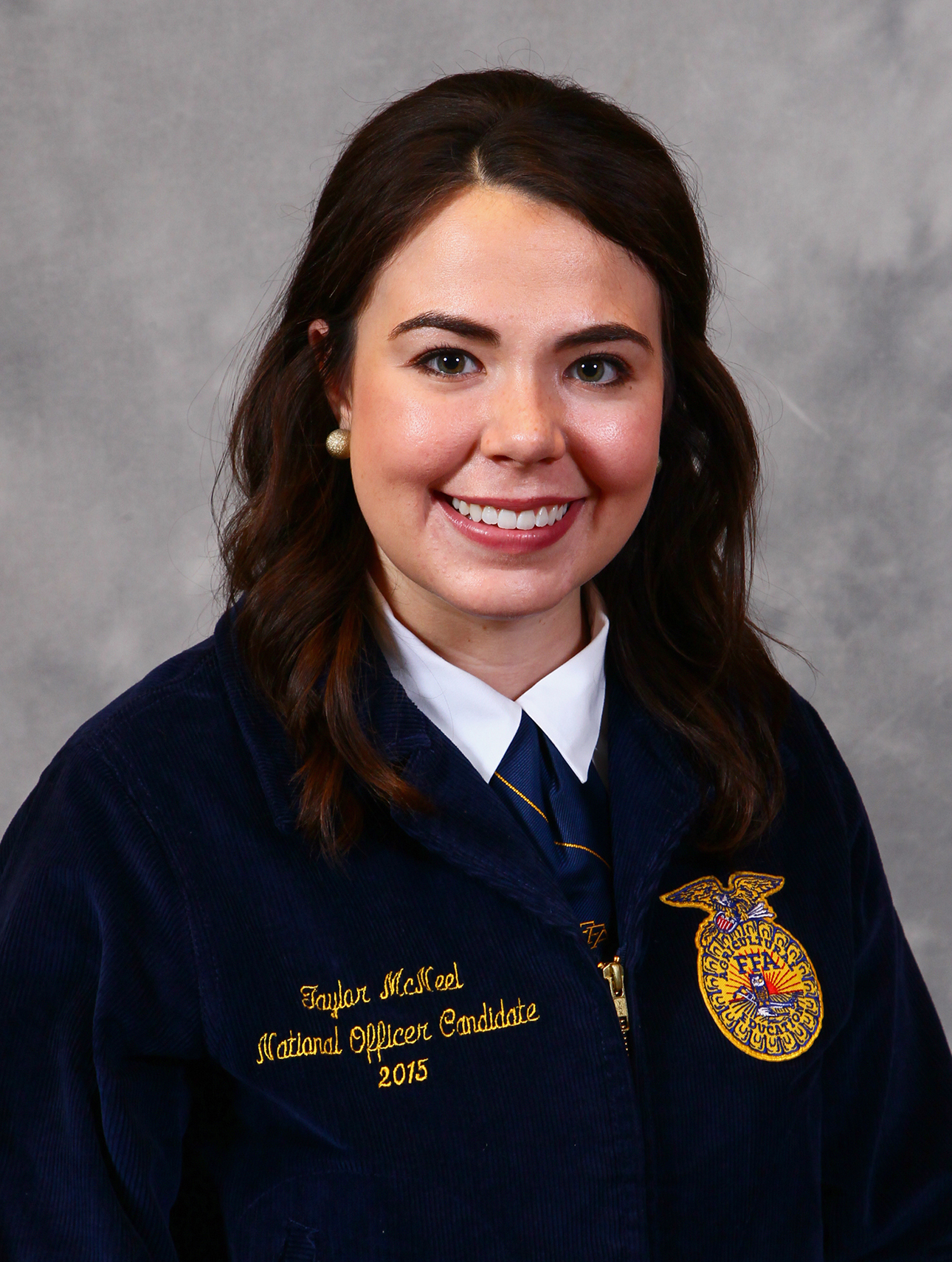 “Taylor was always self-driven,” said Helms, who was a Faulkner County agent during the time McNeel was involved in 4-H there. “She set goals for herself all along the way. That’s one of the important life skills that 4-H teaches — goal setting and communication — and she’s an example of what goal-setting can accomplish.”

“4-H definitely contributed to my success with FFA,” McNeel said. “It’s that platform that first showed me what agriculture was, and how I could become involved in it. It was kind of cool to have the best of both worlds.”

McNeel was selected as FFA National President from about 40 FFA officer candidates during the annual FFA National Convention and Expo in Louisville, Kentucky, and was named FFA president Oct. 31.

After finishing the current semester, McNeel will spend most of 2016 touring 40 states in the United States, as well as the Virgin Islands and Puerto Rico, visiting FFA members at camps, conventions and events. McNeel said she will also be involved in a trip in February to meet with members of Future Farmers of Japan.

For more information about the 4-H Youth Development program in Arkansas, contact your county extension office, or visit http://uaex.uada.edu/4h-youth/default.aspx.