LITTLE ROCK — Arkansas growers are doubling down on grain sorghum in 2015, while pulling back sharply from wheat and cotton, according to a report from the U.S. Department of Agriculture released Tuesday. 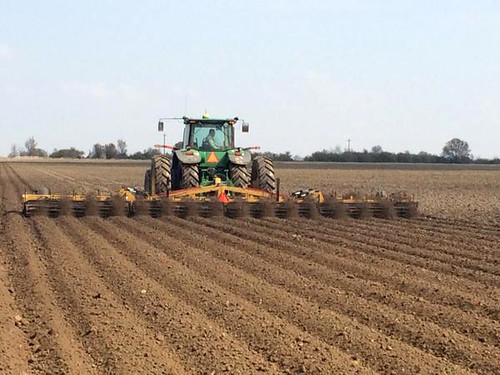 The USDA published its annual Prospective Plantings report online Tuesday morning, forecasting the intentions of growers across the country. The report looks at planting acreage estimates of more than a dozen crops in every state in the union, using survey data drawn from more than 84,000 growers across the country. The producers were contacted by mail, Internet or phone, or interviewed in person, according to the report.

Jason Kelley, extension wheat and feed grains agronomist with the University of Arkansas System Division of Agriculture in Little Rock, said the increase is largely due to export demand from China.

“Historically, Mexico has been the largest purchaser of exported grain sorghum, but China hands-down exceeds anyone else buying the grain from Arkansas right now,” Kelley said. He said the 2015 projections are the state’s highest in more than 20 years.

Kelley said that if March rains continue through April, Arkansas growers may shift yet more acreage away from other crops, especially corn, toward milo.

“In the end, I’m not sure we won’t have even more than what was listed,” he said.

Projected acreage for both cotton and wheat fell significantly for 2015, according to the report. Growers projected planting about 230,000 acres of cotton this year, a 31 percent decrease from 2014 plantings. Wheat acreage declined 16 percent to a projected 390,000 acres.

Bill Robertson, extension cotton agronomist with the Division of Agriculture, said the decline in cotton acreage was actually somewhat less severe than polling data reported by the National Cotton Council in late December and early January, which showed a 40 percent drop.

I think this is a more realistic number,” Robertson said. “And we have so much flexibility in Arkansas that, when cotton planting time arrives, depending on what’s going on in terms of prices with other commodities, we may see an increase in overall cotton acreage after all.

Robertson said 2014 was a tough year for cotton growers, as a relatively dry winter turned to a wet spring and summer. He said the reduced cotton acreage forecast for 2015 is likely a reflection of both economic forces and weather.

"Even with record yields we still expect drop in acres in response to expectations from other commodities with respect to profit potential," Robertson said.

Nationwide wheat acreage is projected to remain within 3 percent of 2014 totals, with about 55.4 million acres planted. Upland cotton (the variety primarily grown in Arkansas) is projected to fall by 13 percent nationwide.

The total area for corn planted in Arkansas is projected to remain nearly the same as 2014, at 530,000 acres. The acreage is a significant drop-off from 2013 numbers, when Arkansas growers planted 880,000 acres of corn. Corn planting in other states has continued trending downward, and if the projections are accurate, 2015 will see the lowest corn planting since 2010, according to the USDA report.

Arkansas growers projected they will harvest about the same amount of hay — 1.2 million acres — in 2015 as in the previous year. Planted rice also remains largely unchanged, dropping 3 percent from 2014 to about 1.4 million acres. Jarrod Hardke, extension rice agronomist for the Division of Agriculture, said that medium grain rice had enjoyed a price premium earlier this year, although it’s decline over the past couple of months has placed it back in even competition with other crops vying for growers’ favor.

“In January, given where rice prices were at that point in time, we were talking about possibly substantial increases in rice acreage,” Hardke said. “For a while, it was absolutely, hands-down  the most favorable for profit. Once that price declined, it became just another ‘not-so-great’ option.”

The USDA report noted that rice production in Arkansas — which produces about half of the nation’s rice —and Louisiana, which increased its forecast over 2014 by about 4 percent, will offset a 6 percent decline in rice production in California, which has been in severe drought conditions for several years. Hardke said the decline in California may decline even more significantly, as state officials incentivize rice growers to sell their water rights and reduce the state’s overall rice acreage.

Soybeans in Arkansas are projected to increase slightly over 2014, from about 3.2 million acres planted to about 3.5 million acres. Jeremy Ross, extension soybean agronomist with the Division of Agriculture in Little Rock, said projections on soybean planting will likely adjust upward if wet weather throughout the state persists.

Plantings in smaller-acreage crops remain essentially unchanged, according to the report. Arkansas growers are projected to plant 12,000 acres of oats, the same as in 2014. Projected sweet potato planting fell slightly from 4,000 acres in 2014 to 3,800 acres in 2015