LITTLE ROCK  -- The U.S. Environmental Protection Agency this week authorized the Arkansas State Plant Board to issue an emergency use label for Transform WG, a pesticide regularly used for insect control in Arkansas cotton, to control sugarcane aphids in grain sorghum.

The temporary label was issued under Section 18. Gus Lorenz, a professor with the University of Arkansas System Division of Agriculture and extension entomologist in Lonoke, said this was the second year the  Section 18 label approved for use of Transform  in grain sorghum.

“Sugar cane aphids hit Arkansas for the first time in 2014,” Lorenz said. “It had a big impact on production of grain sorghum in the state — it’s the only crop in Arkansas that this pest attacks. We picked it up for the first time in June 2014, and by the end of August, it had spread from Chicot and Ashley counties all the way up through Northeast Arkansas, and even into the bootheel of Missouri and western Tennessee.”

Lorenz said he filed the requests with the EPA for an emergency use of Transform because of the aphid’s destructive nature.

“This aphid has an amazing ability to reproduce. It gives birth to living young, and it’s on a five-day life cycle,” Lorenz said. “It has the capacity to overwhelm grain sorghum when it’s not controlled. We saw yield reductions from 40-100 percent in cases where it wasn’t controlled.”

Further information can be found on the Arkansas Row Crops Blog at www.arkansas-crops.com. There are certain requirements associated with using Transform WG in grain sorghum. These include reporting each application to the Plant Board within 10 days, applying no more than three ounces of the pesticide per acre per year and observing a restricted entry interval of 24 hours after spraying. The pesticide is also toxic to bees, and should not be applied when bees are actively foraging. 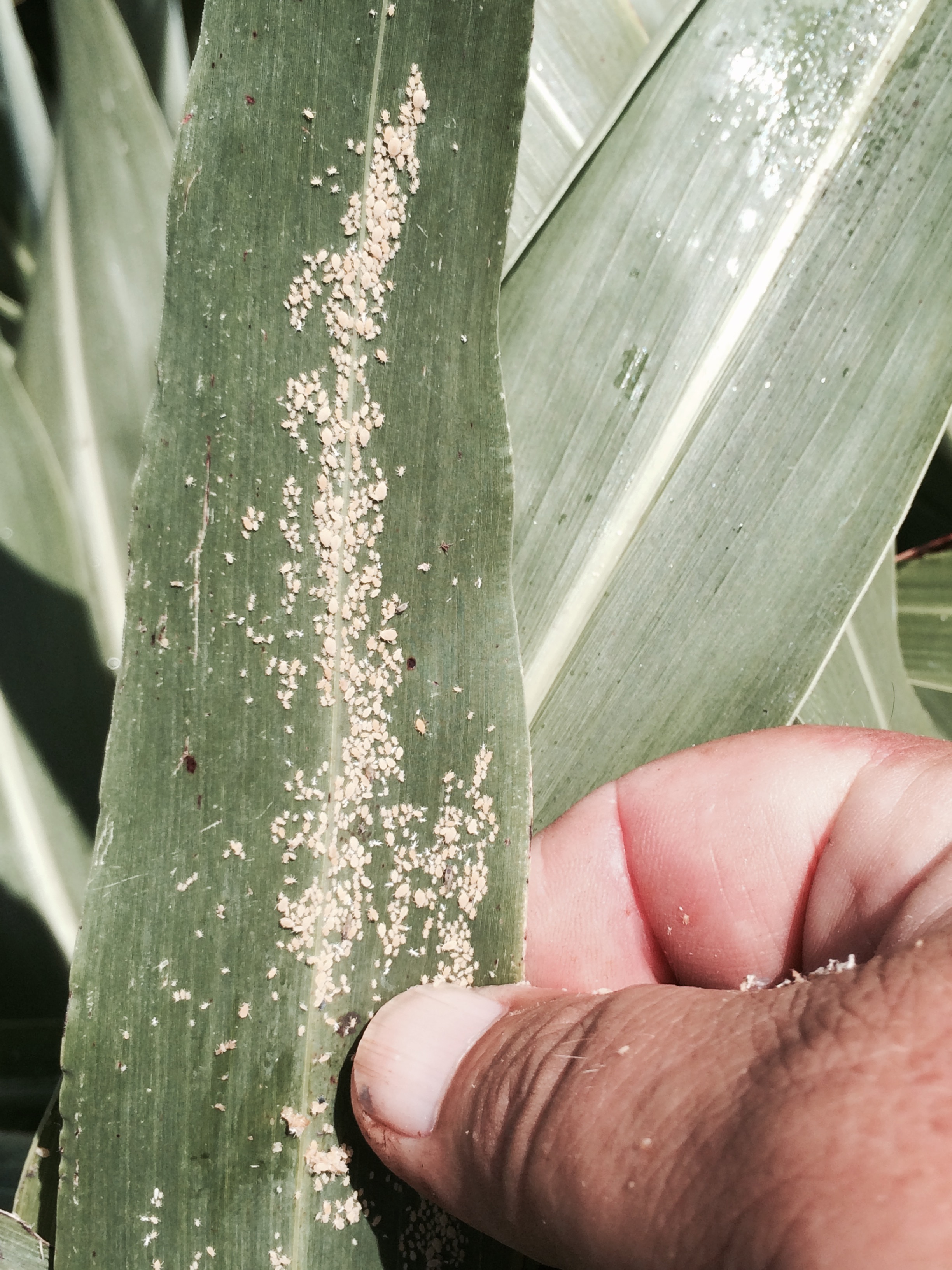 ATTACKED — Sugarcane aphids, first found in grain sorghum in southeastern Arkansas in June 2014, quickly spread north along the eastern border of the state.

Lorenz said the current Section 18 label for use of Transform WG in grain sorghum expires October 31. He said that although the pesticide is known to be effective against the pest, he and other Extension personnel are emphasizing all methods of moderating aphid numbers, including planting crops early to avoid infestations, rather than relying on chemical treatments to survive the pest.

“Our goal is to minimize the use of pesticides as much as possible. We want to find ways we can control or moderate the population and keep it from being as frequent and as bad a pest issue as it is,” Lorenz said. “We’re investigating every way we can to control it without relying totally on insecticides.”