FAYETTEVILLE, Ark. – Jack Perkins was a quiet, unassuming man whose influence in the livestock industry is being made loud and clear through the 6,000 students who are living the lessons taught in his classroom.

Perkins, 81, of Fayetteville, died Nov. 25, 2015, in Fayetteville. His service on the faculty of the Animal Science Department at the University of Arkansas System Division of Agriculture and the Dale Bumpers College of Agricultural, Food and Life Sciences began in 1965, when he joined the university as an assistant professor. He was promoted to associate professor in 1969, to professor in 1973 and served as interim department head from 1994 to 1995. In 2006, the department named him a Friend of the Department of Animal Science. 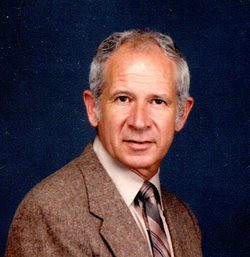 After his retirement in 1995, Perkins figured he’d taught about 6,000 students in the freshman animal science course at the University of Arkansas starting with his first year on the faculty 30 years earlier. He also coached the livestock judging team throughout his time on campus.

“Everyone that took Dr. Perkins' classes or judged livestock for him knows he was truly a gifted teacher,” said Michael Looper, head of the Animal Science Department. “I was fortunate to know him as an instructor, judging team coach, and graduate program mentor. His demeanor and sense of humor made even the most timid student feel comfortable. Dr. Perkins' contributions to the university, department, and animal agriculture will be appreciated for years to come.”

While not a wise-cracker, Perkins “was really fun-loving … he would usually find humor in what was going on,” said Hadley Twilley, program coordinator for the Animal Science department. “He was always happy-go-lucky, but serious about his teaching.”

He was born May 4, 1934, in Chapel, West Virginia, the son of Enos and Opal Palmer Perkins. He served in the U.S. Army as an intelligence analyst from 1956 through 1958. He earned bachelor’s and master’s degrees from West Virginia University and a Ph.D. from North Carolina State University.

Perkins emphasized on undergraduate advising and instruction as well as conducting research in reproductive efficiency in beef cattle. Besides the freshman basic course, his teaching load over the years included breeds of livestock, sheep production, horse production and beef production.

He received both the Alpha Zeta and Gamma Sigma Delta teaching awards. Perkins was devoted to providing leadership and instruction to the agricultural community through public service.

Many Arkansas alumni attribute their success to the leadership they received from Perkins. In a 2006 interview with the Bumpers College oral history project, Perkins said, “Constantly you’re going out in the state, meet people, kind of old and gray-haired now, and they say, ‘I was in your class.’”

Reflecting on his years on the faculty, Perkins said his career was enjoyable. “Arkansas has been an outstanding place, not only to work but to live,” he said. “There has been a tremendous number of people, both students and faculty that have gone through this university and have made an untold impact on the state and all the things that go on here.”

Perkins was also an award-winning bluegrass fiddler who frequently played at public events and with other musicians.

He is survived by his wife, Judy Perkins; two sons, James Mack Perkins of Fayetteville and John Eric Perkins and his wife Betty of Ocean Springs, Mississippi, and two grandchildren, Nicholas Perkins and Brianna Perkins-Marquier. Cremation arrangements were by Moore’s Chapel. A memorial service was held Dec. 5 at Emmanuel Lutheran Church in Fayetteville.

To learn more about areas of faculty research within the Division of Agriculture, contact your local Cooperative Extension agent or visit www.uaex.uada.edu.