LITTLE ROCK – Arkansas may see a new record low for harvested acres of cotton this year, the National Agricultural Statistics Service said on Wednesday. However, no one seemed surprised. 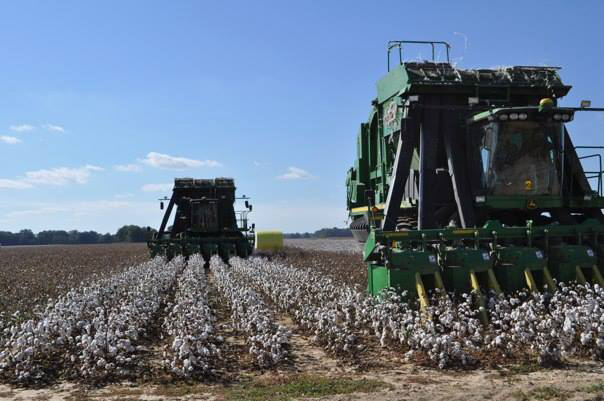 NASS said that as of Dec. 1, cotton production in Arkansas was forecast at 480,000 bales, unchanged from the Nov. 1 forecast, but 307,000 bales down from last year. Yield is expected to average 1,124 pounds per harvested acre, unchanged from last month but down 21 pounds from 2014.

“I’m not surprised,” said Bill Robertson, extension cotton agronomist for the University of Arkansas System Division of Agriculture. “A wet and cold April resulted in late start, short planting windows in May limit number of planting days forcing some cotton to shift to other crops.”

On the market side, no one was surprised either, said Scott Stiles, extension economist for the University of Arkansas System Division of Agriculture.

“The trade wasn't anticipating a great deal of change going into the report,” he said. “We've mentioned many times that the price was certainly a factor in planting decisions.

“Most of the 2015 crop is marketed basis the December futures,” Stiles said. “The range for the 2015 contract this year was from a low of 59.70 to a high of 68.11. With prices starting the year around the 62-63 cent level, a desirable price for growers just didn't present itself.”

Prices for and the cost of growing competing crops was a factor in cotton's decline.

“This sharp difference represents a 32 percent drop in export sales year over year,” Stiles said. “This is worrisome in the sense that the USDA is currently forecasting a decline of only 11 percent from last year. One of the key reasons behind this dramatic drop in sales in the lack of purchases by China.”

The cut to export demand in today's report was more than offset by the 250,000 bale cut in production. Projected carry-out now stands at 3 million bales versus 3.1 million last month.

“The next USDA Crop Production report will be released January 12,” Stiles said. “It will include the USDA's final estimate of 2015 production.”