PINE TREE, Ark. — Experts with the University of Arkansas System Division of Agriculture are forecasting unusually dense insect and pest populations in crops across the state this year, due primarily to widespread flooding in the spring and early summer and subsequently late-season planting.

Jarrod Hardke, extension rice agronomist for the Division of Agriculture, noted reports of stink bugs in rice fields throughout the state, after having appeared in large numbers in grain sorghum fields several weeks earlier, in a mid-August edition of the Arkansas Rice Report (available through the Division of Agriculture’s Arkansas Row Crops blog at http://www.arkansas-crops.com/). 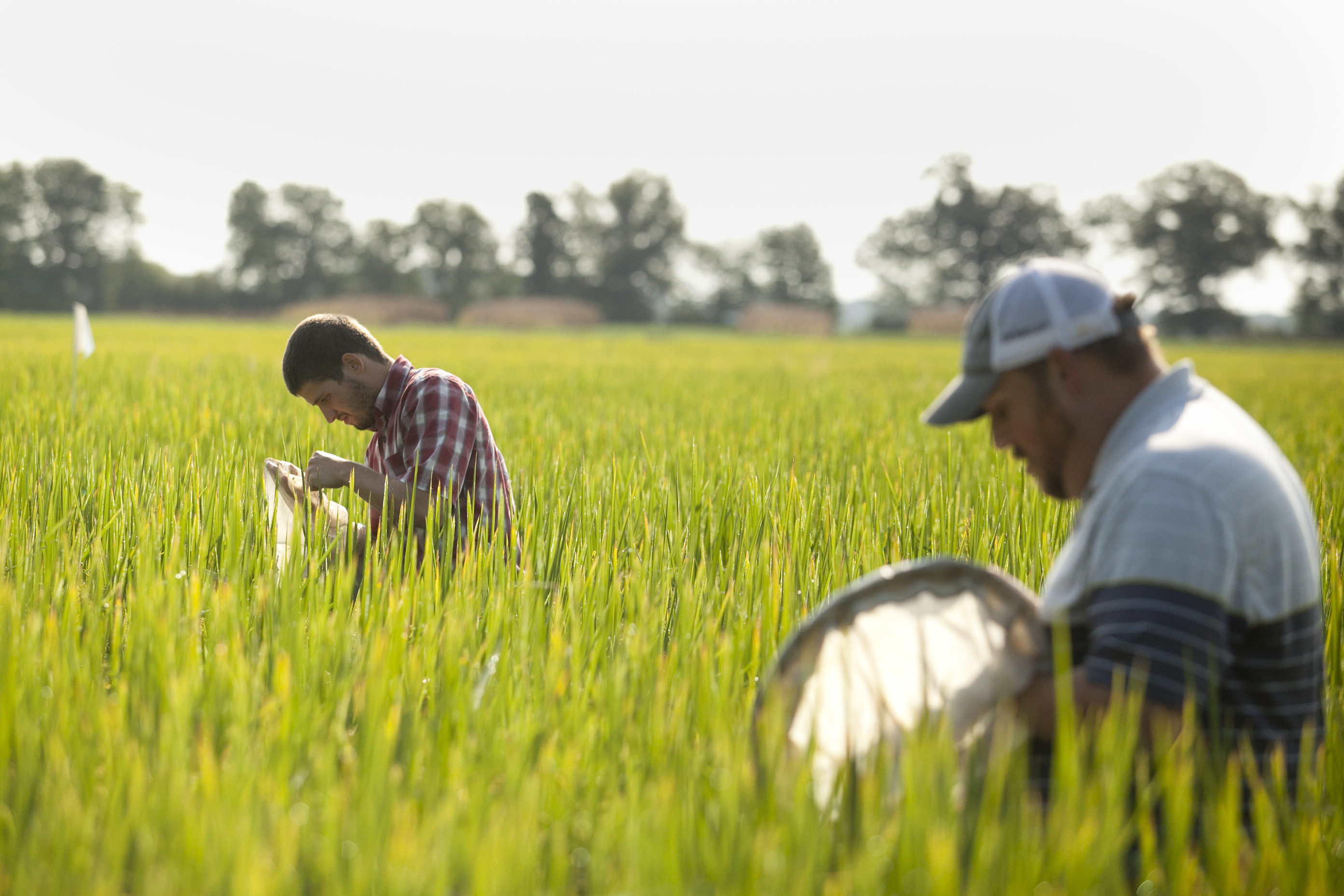 Soybean pests such as corn earworms are now being observed at about 10 times threshold levels in some areas. Gus Lorenz, extension entomologist for the Division of Agriculture in Lonoke, said extension personnel are detecting anywhere from 75 to 100 corn earworms per 25 sweeps — the process of sweeping through rows with a large, hand-held insect net and periodically counting the number of insects gathered in the process. Threshold for stink bugs in soybeans is nine insects per 25 sweeps.

“The high numbers of loopers we’re seeing in soybean fields — which we get every three to five years — and bollworms and stink bugs, is the highest we’ve seen in four or five years,” Lorenz said. “Now, the infestation is spotty — not everyone’s facing that kind of pressure. But in those places where the populations are back, the numbers can actually exceed 100 per 25 sweeps, which is a lot of worms.”

Lorenz said a concentrated pest presence is a typical challenge associated with late-planted crops. While rice is less susceptible to crop loss due to flooding, ongoing rains delayed initial plantings into early June in eastern Arkansas. Other parts of the state, especially the Red River Valley, saw widespread crop loss as an atypically wet spring was compounded by weeks of outright flooding in June and July. After waters receded, many growers chose to plant soybeans as a last, best hope to generate a yield this year.

In rice, stink bugs use their mandibles to pierce the grain, after which their saliva liquefies the grain, causing the discoloration of the kernel and resulting in pecky rice, Lorenz said, often leading to yield reductions at a heavy financial cost to the grower.

“When the farmer cuts this rice that has heavy infestations of stink bugs, when they get a certain amount of this pecky rice, they get big discounts, and it makes it very difficult to turn a profit,” he said.

Lorenz said the sheer number of insects in some fields, combined with the insects’ speedy reproduction rates, can make it increasingly difficult to save a crop even with the use of pesticides.

“If you get 90 percent control with your insecticide, it’s not even enough,” he said.

When advising growers on methods for dealing with pests, Lorenz said the principal approach is to scout fields for pests often and consistently, and to contact their respective Cooperative Extension Service agriculture agents for guidance on the use of appropriate pesticide mixes when in doubt.

To learn more about common pests, contact your county agent or visit http://www.uaex.uada.edu.