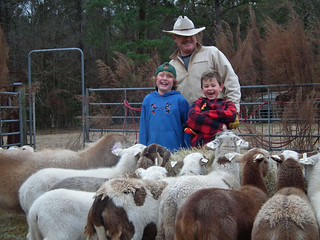 PINE BLUFF, Ark. – When ranchers buy hay, they usually think of how many tons they need to get their livestock through the winter when they should be thinking of the pounds of nutrients they are buying, said David Fernandez, Cooperative Extension Program livestock specialist at the University of Arkansas at Pine Bluff.

Ranchers can feed their animals 33 pounds of pine straw per day and meet their need to eat something, but that will not meet their nutritional needs, Fernandez said. Most hay producers don’t test their hay, so ranchers can’t know whether or not they are buying enough nutrients for the animals’ needs.

There is one way to find out – hay testing. Take a core sample from several bales using a hay probe, available in Arkansas at your county Extension office. Put the sample in a quart size bag and take it to your county Extension office. Remember to keep it out of the sun so the forage in the sample does not become bleached or “cooked” on the dashboard, he said. Dr. Fernandez. The cost of a hay analysis is $18; the results of the hay analysis will tell you how many pounds of nutrients are in each ton of hay.

Then, look at your animals and their nutritional needs. Typically, producers are most concerned about TDN, a measurement of the energy in the feed, and crude protein, or CP. An 1,100-pound pregnant cow needs about 11 pounds of TDN and 1.5 pounds of CP each day. If your hay analysis shows your hay is 60 percent TDN and 9 percent CP and your cow eats 25 pounds of hay each day, she will get 13.2 pounds of TDN and 1.98 pounds of CP. Your hay will more than meet her needs.

Keep in mind that hay is typically 88 percent dry matter, and TDN and CP are reported as percent of dry matter, Fernandez said. In the above example, 25 (amount consumed) x 88 percent (dry matter) x 60 percent (TDN) = Amount of TDN in the hay.

What if your hay analysis shows 45 percent TDN and 6 percent CP? If so, she will only get 9.9 pounds of TDN and 1.32 pounds of CP which is not enough to meet her nutritional needs. You may have paid the same amount of money for each ton, but you did not buy as many nutrients in the second example, he said.

When feeding poor quality hay, you have to supplement your livestock with grain, pellets or cubes. A cow eating this hay needs an extra 1.1 pounds of TDN and a quarter pound of CP daily to meet her needs.

For more details on hay testing, see Extension fact sheet FSA 3114 “Test Hays for Nutrition Composition Before Feeding” by Shane Gadberry and Mark Keaton. To learn how to substitute supplements for hay, get FSA 3037 “Substitution Grain for Hay in Beef Cow Diets” by Gadberry and Paul Beck. If you have questions, contact Dr. Fernandez at (870) 575-7214 or fernandezd@uapb.edu.