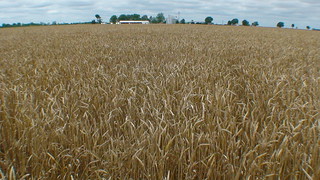 Another Arkansas yield record falls, this time in winter wheat

JONESBORO, Ark. -- For the second year straight, Arkansas’ winter wheat farmers have set a state average yield record, getting 63 bushels per acre in 2014, one bushel per acre above the previous record, according to the National Agricultural Statistics Service. 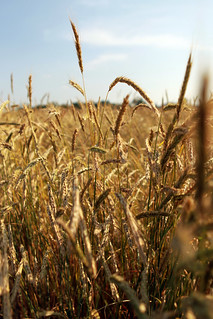 “Considering the year we had, the yield is a pleasant surprise,” Jason Kelley, extension wheat and small grains agronomist for the University of Arkansas System Division of Agriculture, said on Wednesday. “It was a challenging year, especially at harvest time, with all the rainfall just prior to and during the harvest.”

Winter wheat planting is in its early stages, with just 2 percent planted, and will be harvested next June. Now is the time growers are making decisions about next year’s crop. It’s during these commodity cusps that the phones begin ringing in Kelley’s and Scott Stiles’ offices. Stiles is an extension economist for the Division of Agriculture.

Both said that despite the big yield numbers, there is much uncertainty among farmers where wheat is concerned.

“Consensus is that acreage is going to take a sharp cut, not just in Arkansas, but also around the South. It could drop 30 percent or could be a little bit more,” Stiles said. “The reason is the sharp drop in grain prices. It has the growers’ attention.” 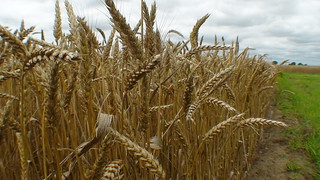 After accounting for basis -- the difference between cash and futures prices -- growers are plugging-in new crop wheat bids that are more realistically in the range of $4.70 to $4.85.

“The July contract has not traded this low since 2010,” Stiles said. “In response, we're likely to see wheat acres decline sharply this fall. A reduction of 30 percent or so wouldn't be a surprise even under favorable planting conditions. That equates to around 325,000 planted acres.”

According to NASS, the percentage of crops harvested in Arkansas is generally running ahead of the five-year average except for rice and cotton. The percentages as of Sept. 28:

To learn more about crop enterprise budgets or wheat production, contact your county extension office or visit www.uaex.uada.edu or http://Arkansascrops.com.

By the U of Arkansas System Division of Agriculture