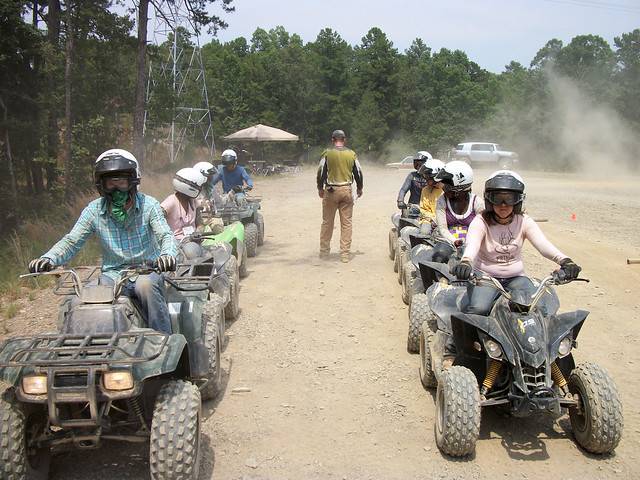 COLUMNS -- Campers participating in ATAV safety training ready to move off in two columns in this file photo from an Operation Military Kids Camp. (U of Arkansas System Division of Agriculture photo)

LITTLE ROCK – Hospitalizations due to incidents involving all-terrain vehicles declined in Arkansas between 2005-2009, according to data from the Arkansas Department of Health. 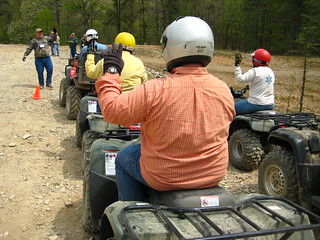 Noah Washburn, the statewide coordinator for the Arkansas 4-H ATV safety program, said “the decline is encouraging, but we still have a way to go to eliminate all ATV-related hospitalizations.”

“There are many factors that go into being able to operate an ATV safely,” Washburn said. “These include having a properly sized vehicle, wearing safety clothing such as helmets and not allowing others to piggyback a ride.”

The program has 17 instructors across the state. To find the nearest ASI RiderCourse near you contact Washburn at 501-671-2053. 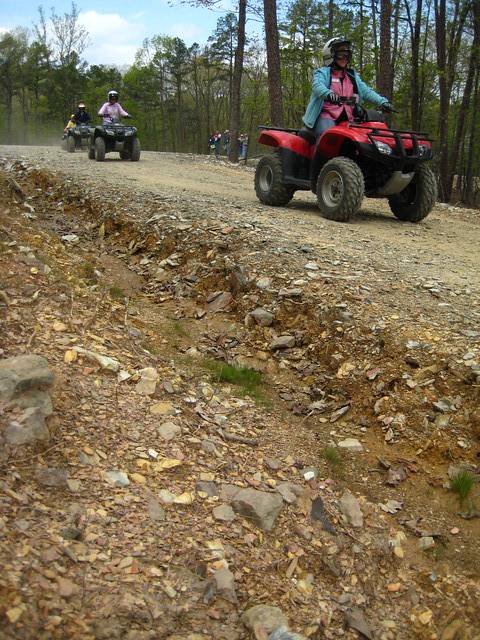 “We have a lot of ATV users in this state. For many, it’s the workhorse vehicle on the farm or out in the deer woods,” he said. “Because of its prevalence, Arkansas has been one of the states chalking up high injury numbers.”

For more information about 4-H and other programs of the University of Arkansas Cooperative Extension Service, contact your county extension office or visit www.uaex.uada.edu. Please note that many links to extension publications will be changing this spring as the extension service renovates its site.

By Mary Hightower
Cooperative Extension Service
U of A System Division of Agriculture.