LITTLE ROCK  -- 2014 appears to have been a record year for rice growers in Arkansas, with cotton close behind.

A mild summer and fall, coupled with heavy rainfall throughout the state, appear to have delivered surprisingly high yields for both field crops, according to December data from the U.S. Department of Agriculture’s National Agricultural Statistics Service, as well as University of Arkansas System Division of Agriculture experts. 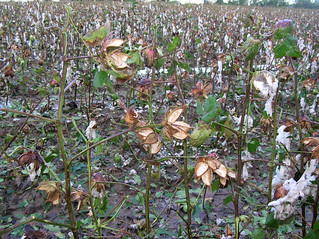 Jarrod Hardke, extension rice agronomist for the Division of Agriculture based at Stuttgart, said record low temperatures in June, July and August in some areas of the state were a strong force in shaping the 2014 crops.

“That really had a significant impact on our overall rice crop, and ultimately, our yields,” Hardke said. He said significant temperature drops can affect rice crops in different ways depending on when they occur in the plants’ growing cycle.

“Even if there was a major weather event this week or the next, it wouldn’t have any impact,” Hardke said. “We’ve been pretty much done for a little while now. It’s been pretty dry, by and large.”

Surprising cotton
The state’s cotton crop appears to have had another record year in 2014. As of Dec. 1, the statistical service reported a statewide yield of 1,182 pounds per acre — about 45 pounds per acre more than the service’s November estimate.

Eugene Young, regional deputy director for the statistics service in Little Rock, said that some additional research and survey numbers may alter the final total for the state’s 2014 cotton crop between now and May 2015, but an extreme deviation is unlikely. 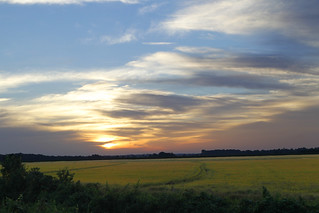 Extension Cotton Agronomist Bill Robertson said the harvest was surprising, given the difficult conditions early in 2014.

“It’s a little surprising,” Robertson said. “We had a rough start, with a cold winter last year, followed by a cool spring, and we got off to a late start.”

Robertson said heavy rain areas of the state early in the season diminished the state’s overall yield, although some fields had produced between 1,500 and 2,000 pounds per acre.

“We had a lot of weather adversity,” Robertson said. “A number of places we had too much rain, but for the state as a whole, we were one to two weeks late on bloom, so we had a compressed season. But we were still able to set a lot of fruit.

“We had an extremely good, kind of dry fall, and that really took away the penalty we usually have for having a late crop,” Robertson said. “A really good fall makes up for a lot of misfortunes through the year.”