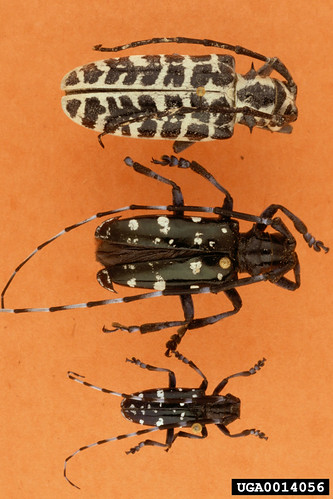 Some of the more destructive and well-known invasives in the U.S. include the red imported fire ant, the Formosan termite and the zebra mussel.

Barry said it’s important for the public to know how to identify these invasive species and understand how these non-native pests spread.

“We have the http://www.arinvasives.org/ web site designed to provide information about ID and control of forest invasive pests,” he said. “We encourage people to plant native ornamental plants, or at least make sure that what they plant is not invasive.”

Arkansans are also being encouraged to “to report possible sightings of invasive pests to the Cooperative Extension Service or State Plant Board or the federal Animal and Plant Health Inspection Service, or APHIS,” said Tamara Walkingstick, associate director of the forest resources center said. “We work closely with them to investigate reported sightings and verify that it is or isn't an invasive pest.”

Arkansas is already home to many invasive species including the Bradford pear, kudzu, privet, mimosa and the northern snakehead fish.

Barry said some new invaders are poised for entry to Arkansas. Among the most serious are:

The gypsy moth does not have a regular or large presence in Arkansas, but has been spotted from time to time. The gypsy moth, accidently introduced to the U.S. in the 19th century can appear in large numbers and completely defoliate oaks and aspens.

Fact sheets from the Cooperative Extension Service are available at:

For more information about invasive species in Arkansas, visit http://arinvasives.org, our newly revamped site at www.uaex.uada.edu, or contact your county extension office.