Winter cover crops should be planted soon for next years watermelon crop!

Winter cover crops should be planted in early to mid September in the northern part of the state and early to mid October in the central to southern part of the state. Cover crops can be rolled down next spring in no-till systems to create an effective weed barrier for summer vegetables. We are currently conducting research on both strip-tilled plasticulture and no-till watermelon production using cover crops and various pre-emergent herbicides. Stay tuned for updates this winter.

See this description of a demonstration carried out by Ryan Neal during 2017-2018 for more information on how to use cover crops to suprress weeds in a no-till watermelon system.

The following are photos from David Carter’s Farm in Bentonville, AR. This is a small diversified market farm utilizing plastic or grass clipping mulch. Watermelons and other curcurbits are primarily grown on plastic mulch at this farm. 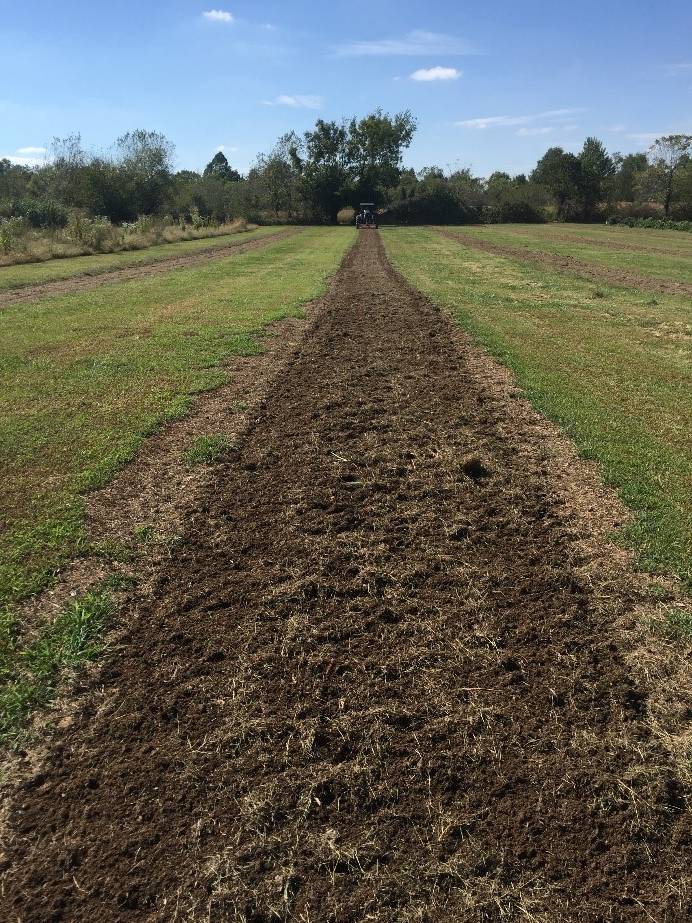 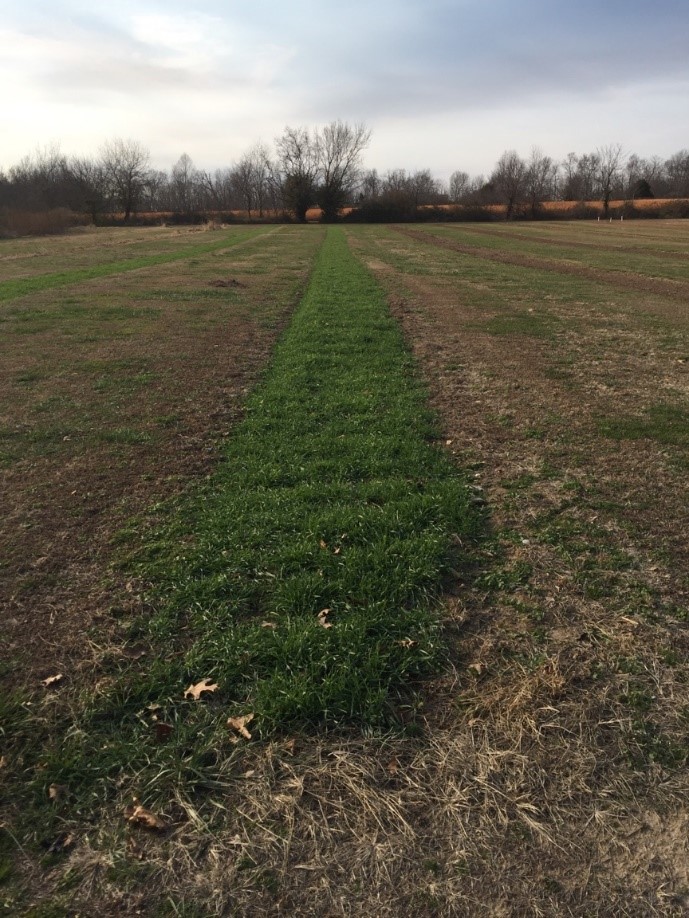 The rye only cover crop is on the left and rye + pea mix is on the right.  Differences between the two treatments were not visibly noticeable with most peas either winter killed or smothered out. Early 2018 was a very harsh winter, with temperatures reaching the single digits or below statewide. 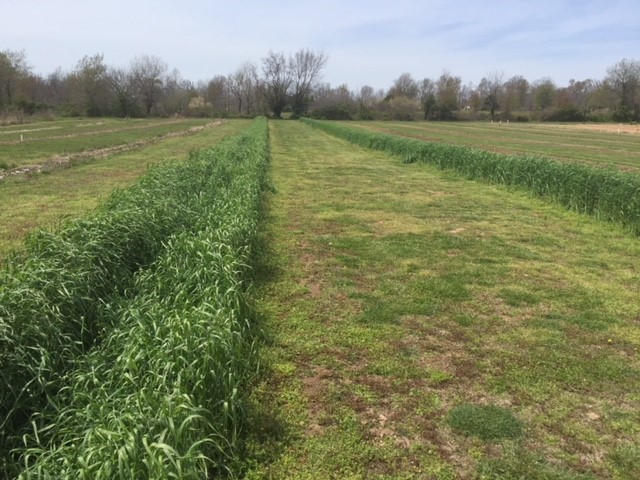 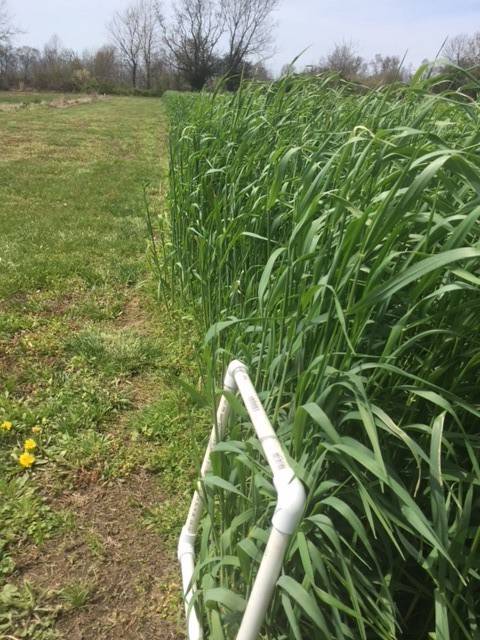 The cover crop was “crimped” using a rototiller with the PTO turned off in mid to late April. 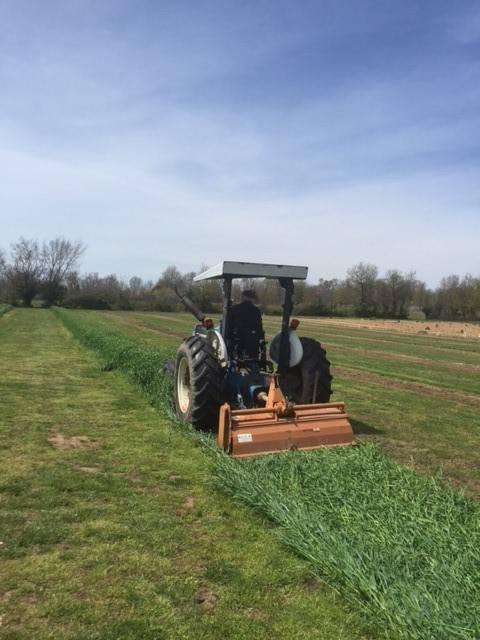 The ”crimped” cover crop was then sprayed using a backpack sprayer with a 2% glyphosate (generic roundup) solution with surfactant. 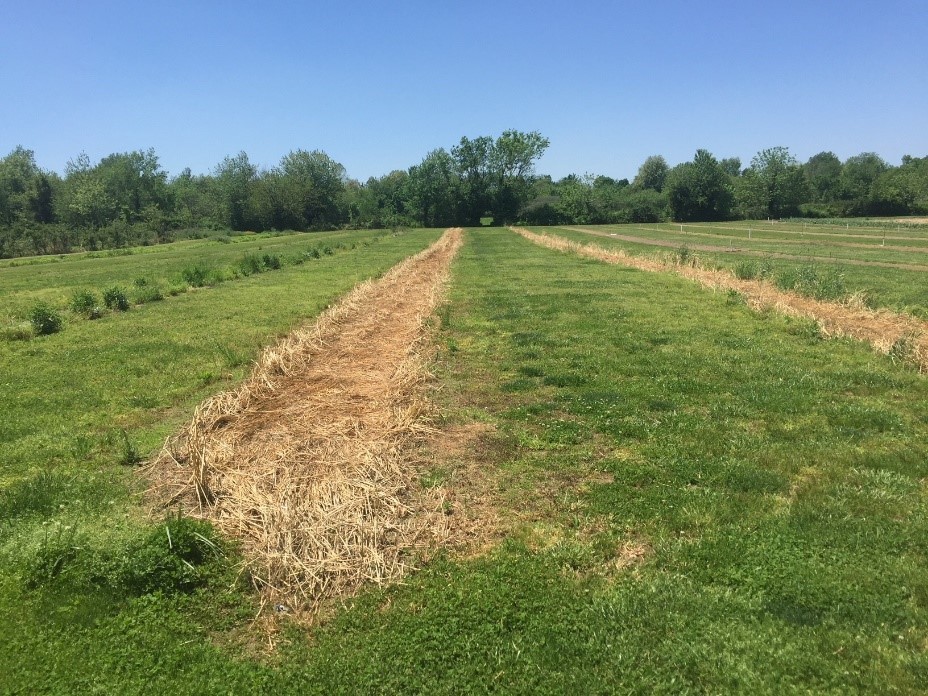 The first of June, two week old watermelon transplants were planted into the killed mulch. 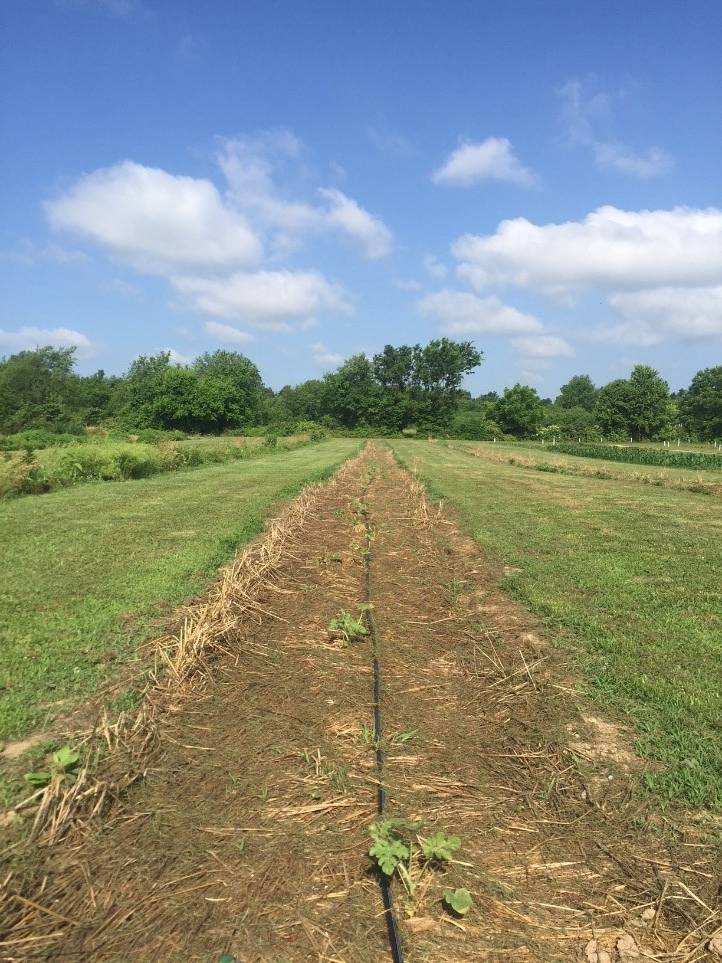 In late June, when vines began to run, Select Max (clethodim) grass herbicide was sprayed over the top of the watermelon plants at .5 oz. per gallon with surfactant and roundup was used in the row middles. 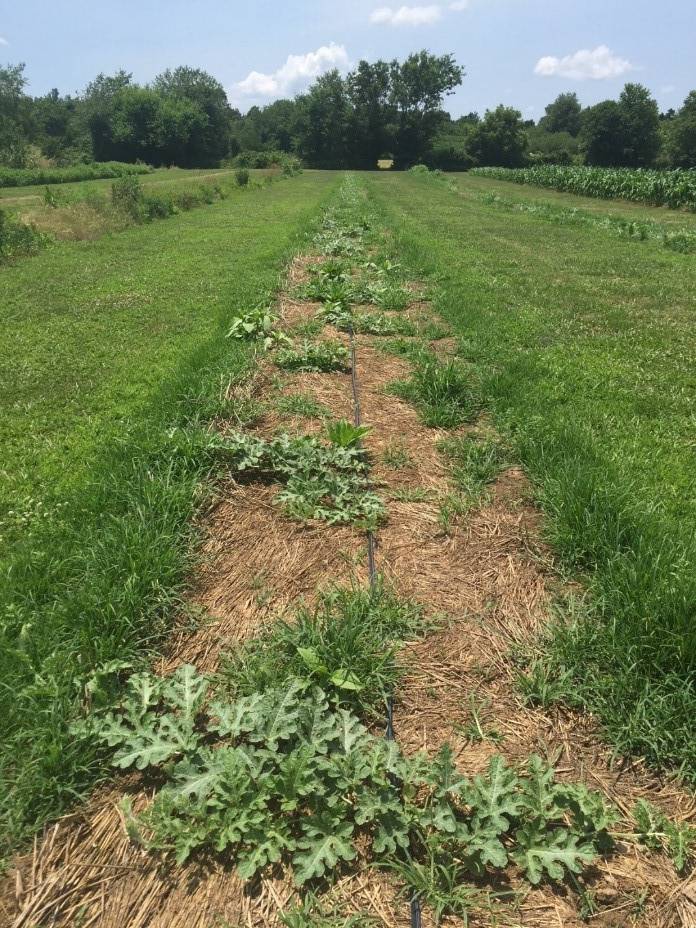 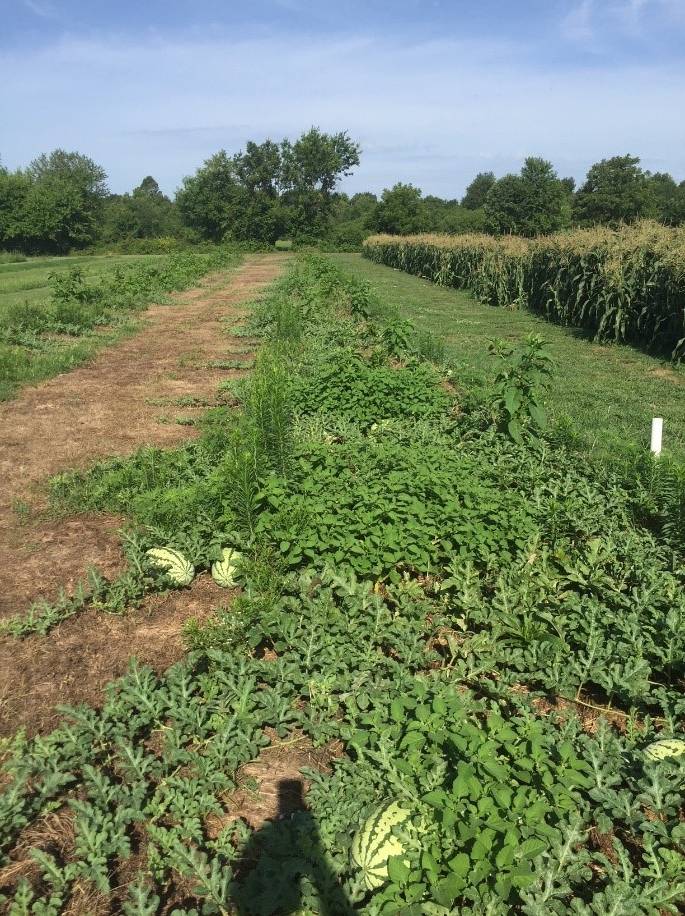 Harvest began in late July and proceeded through mid August with a total harvest of 200 marketable watermelons averaging 25lbs off of the two 300’ rows. 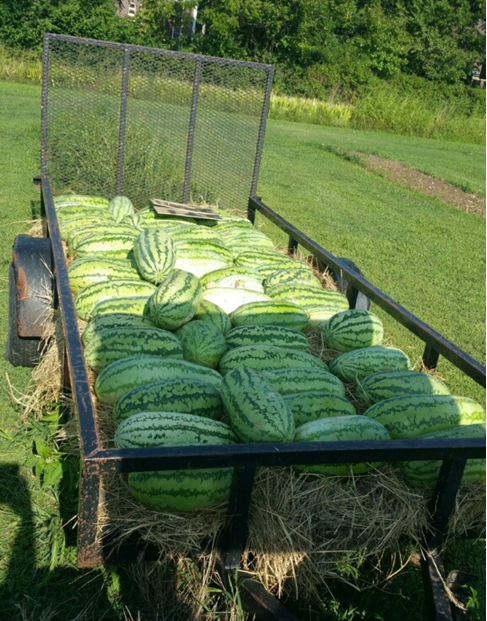 Weed pressure was slightly higher than we had hoped for but did not appear to hurt yield and it should be noted that no mechanical cultivation or hand pulling was done.  A few changes that could be made would be to plant the watermelons closer at 3-4’ spacing rather that 6’ spacing in row.

Also it would be better to shorten the time between termination of the cover crop and planting to 3 weeks.  Pre emergent herbicide may be a good option as well. Overall the grower was very pleased with the results and quality of the crop.

Cleanup of the field was very easy with the removal of the drip tape being the only thing left to do by hand.  The field was then mowed and tilled.  This greatly saved on the time and effort needed to remove plastic mulch. The grower plans to expand on this technique and size of planting next year.