Here is another guest post from Benton County Agent and blueberry grower Ryan Neal sharing his results from an herbicide spot spray demo on hemlock in 2018. 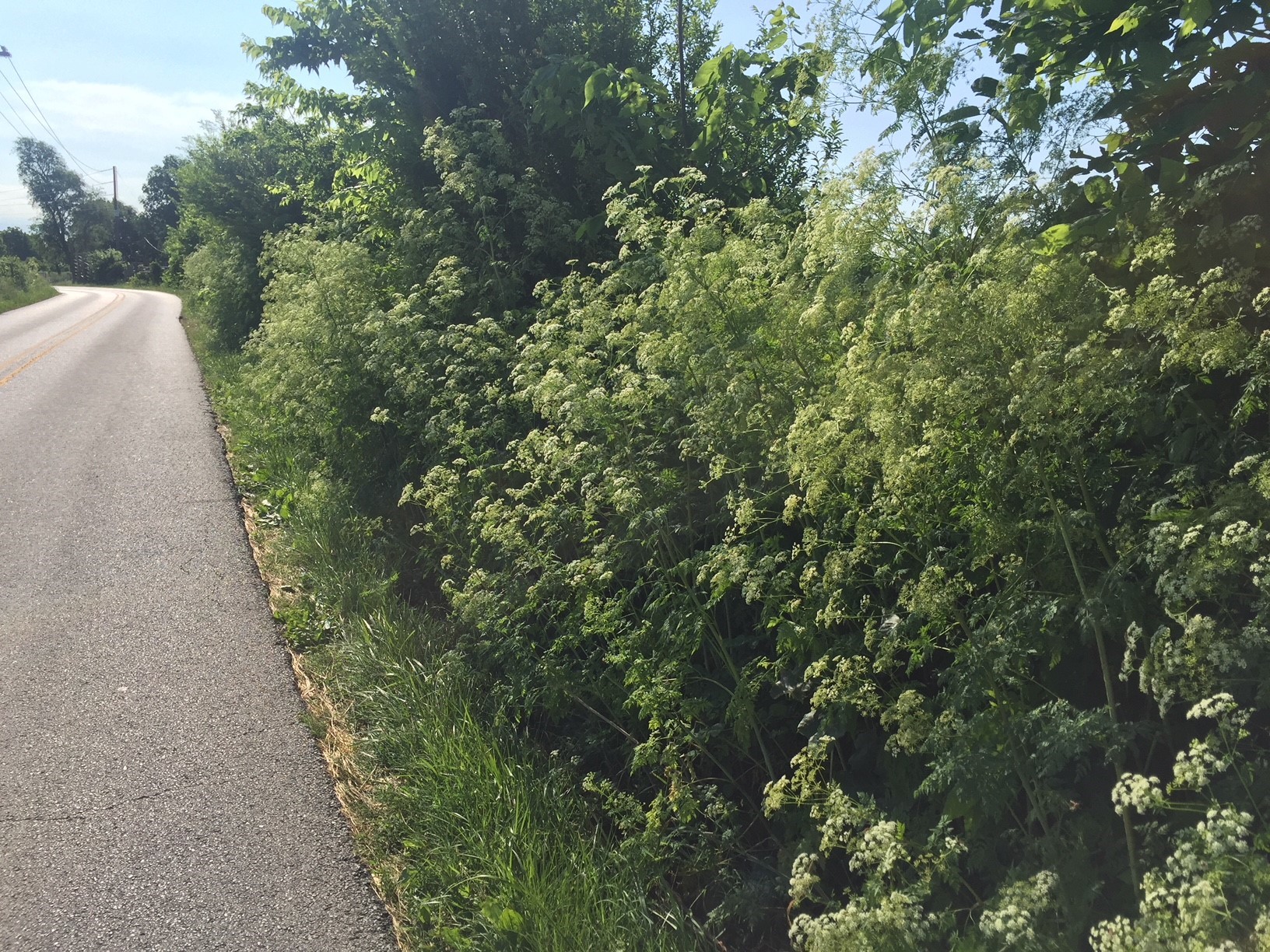 Hemlock is a problem weed we are seeing a lot more of in the county. If not controlled this invasive broadleaf can take over areas in just a couple years. This demo was an effort to show the effects of 4 different herbicides on hemlock in fencerows and roadside ditches.

Herbicides were applied to plots using a handheld gallon pump sprayer on March 16, 2018. Treatments are listed below :

*Indicates private applicator training (PAT) would be required to buy these products in the gallon size. 2.4 D could be purchased by the quart without the PAT license 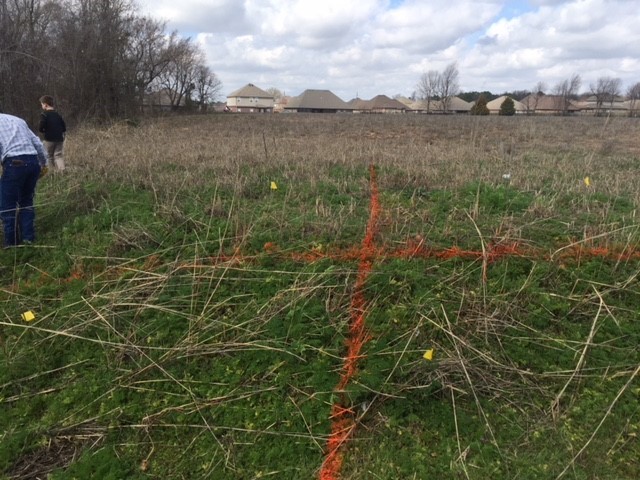 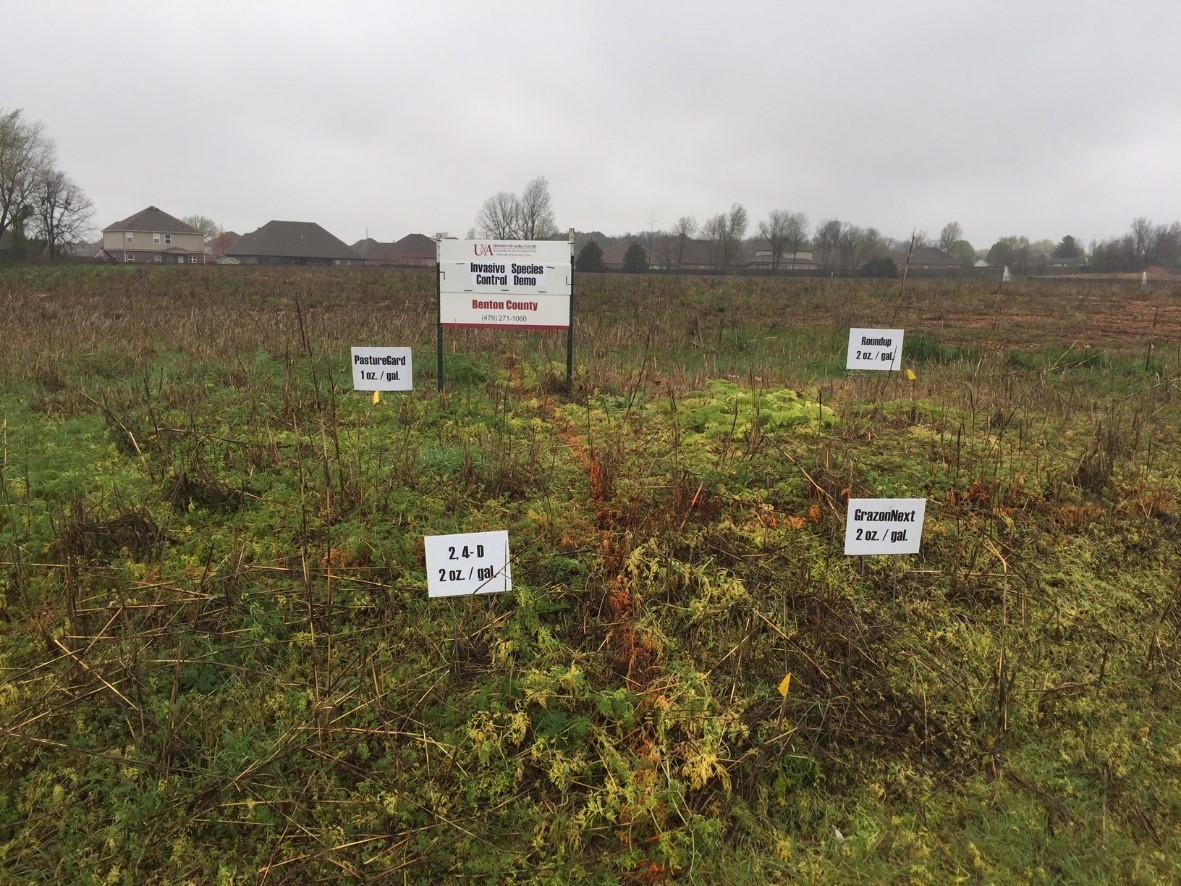 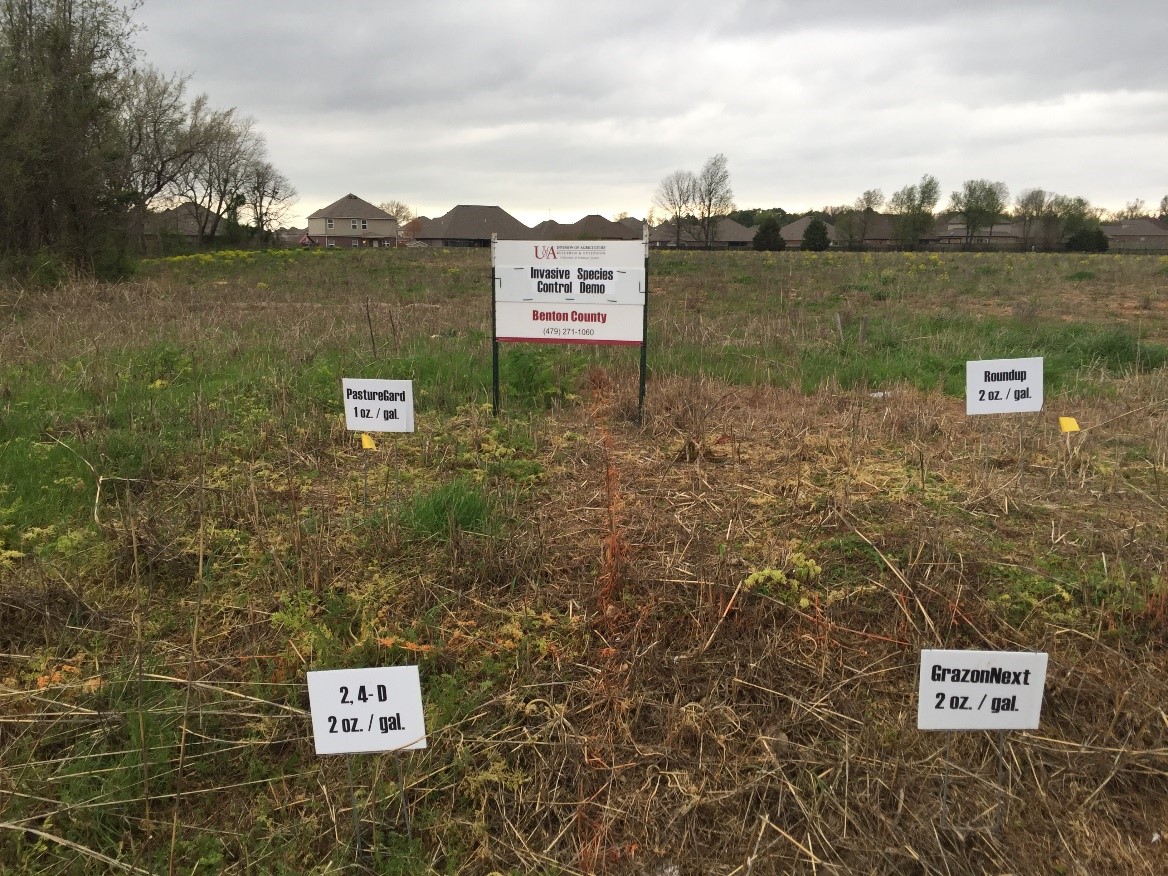 Six weeks later, no broadleaf weeds were visible on the PastureGard plot (below) 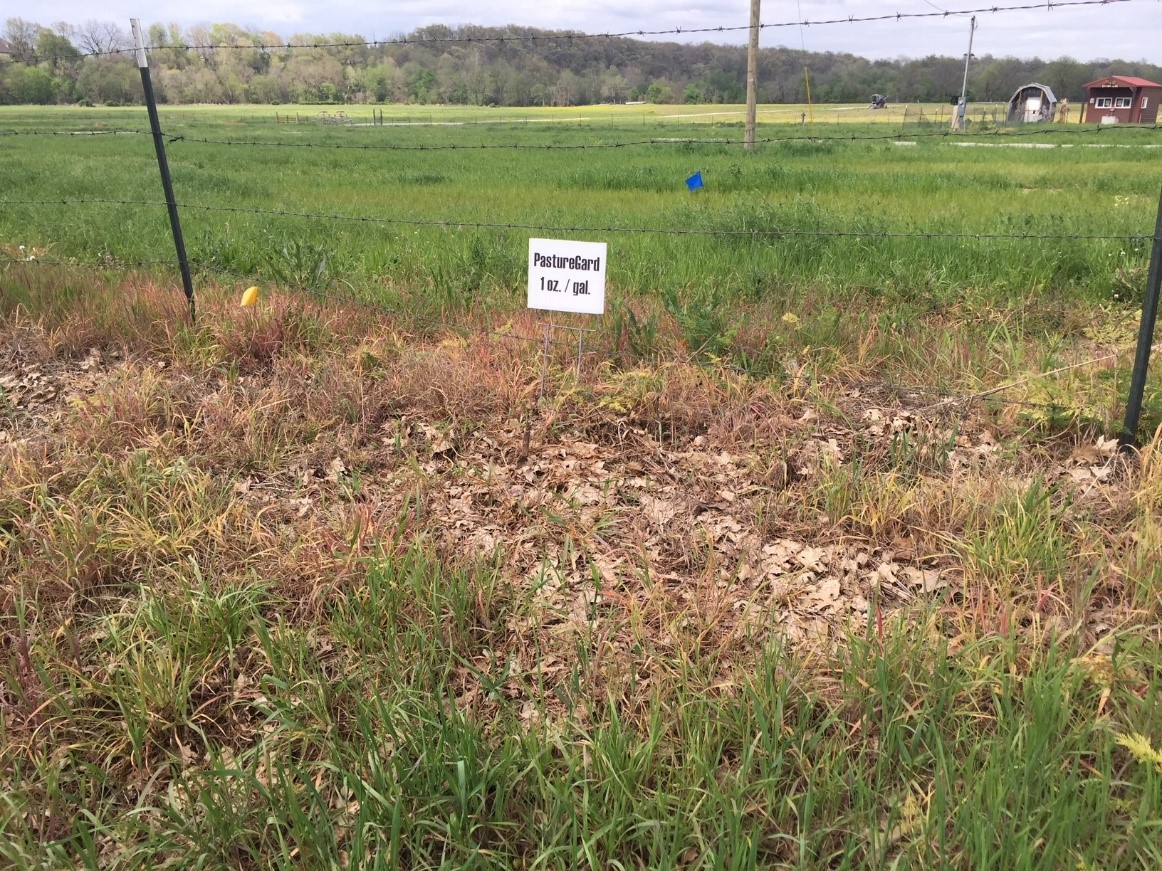 Six weeks later, no broadleaf weeds, and only some perennial grasses were visible on the Roundup plot (below). Unlike the other herbicides in this demo, Roundup is a non-selective herbicide and targets both grasses and broadleaf plants. 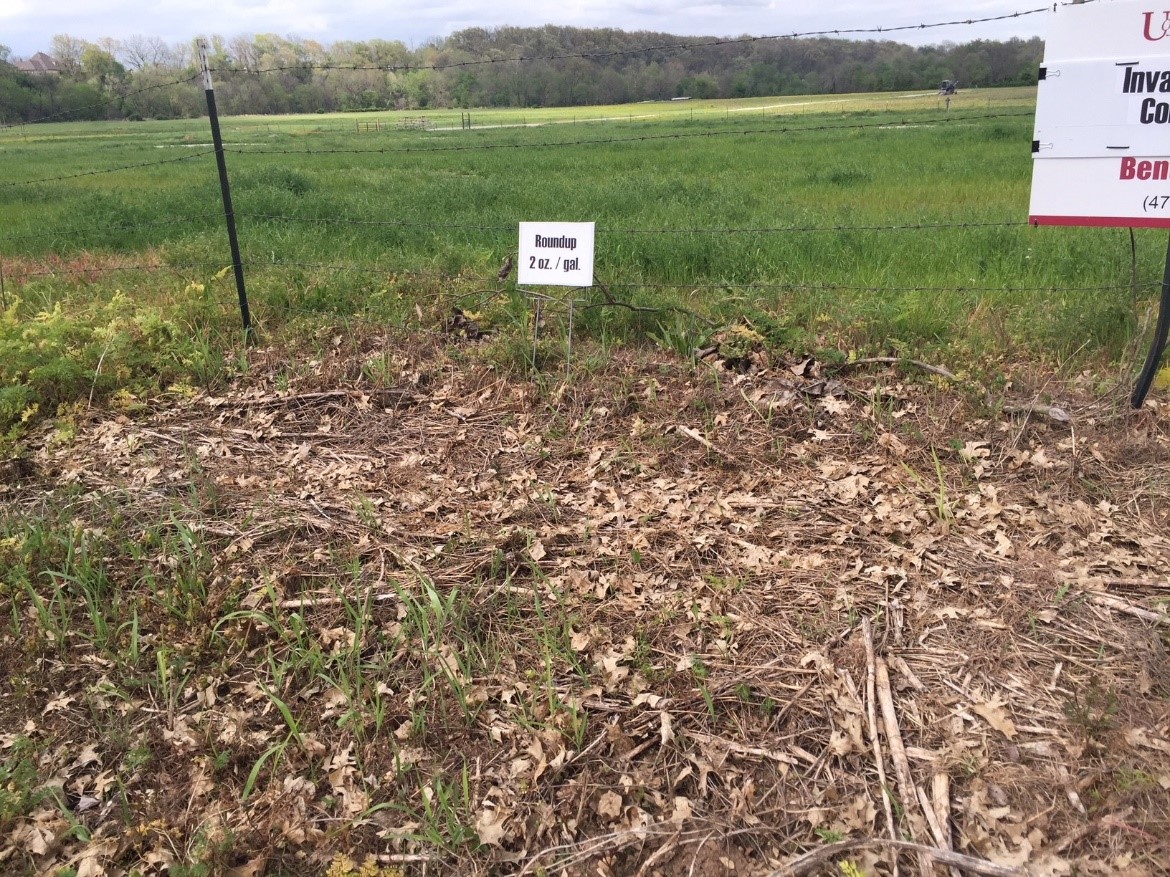 Six weeks later, hemlock was still present although stunted on the 2,4 D plot (below) 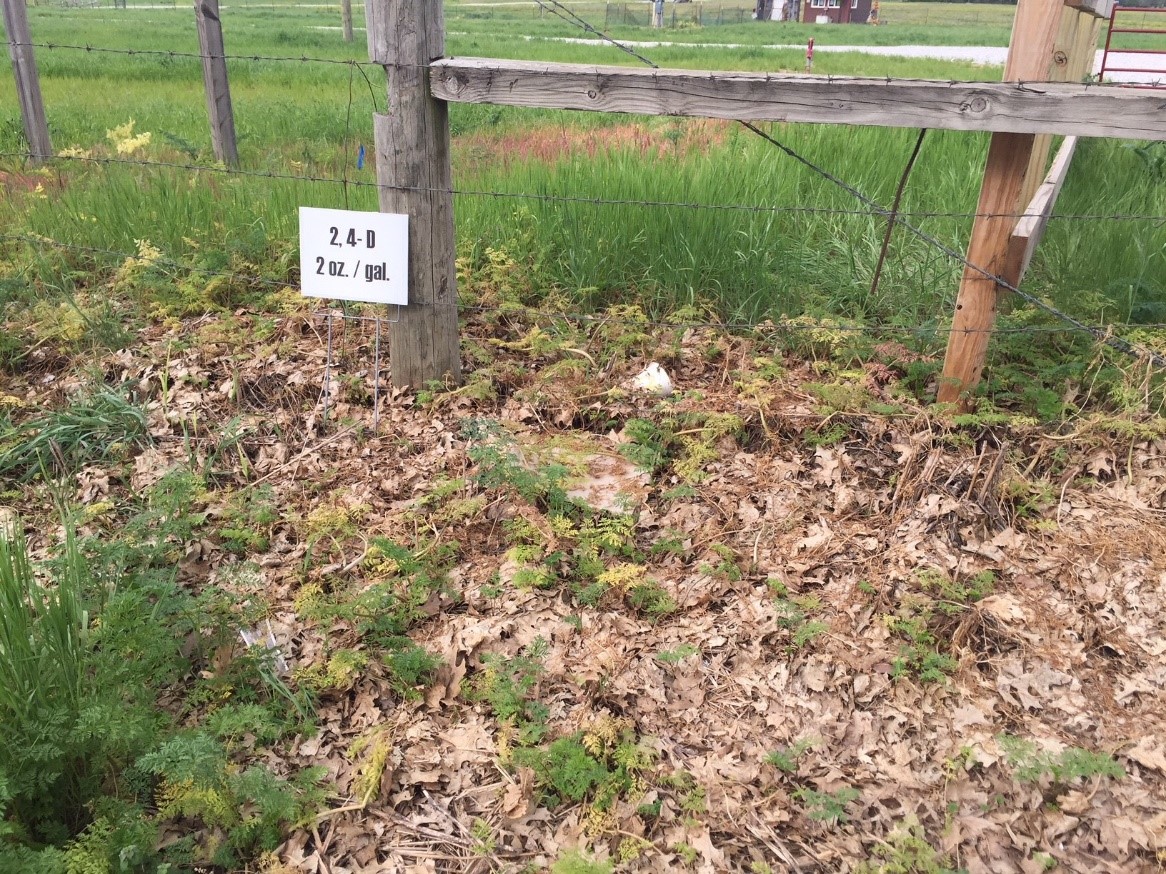 Six weeks later, no broadleaf weeds were visible on the GrazonNext plot (below) 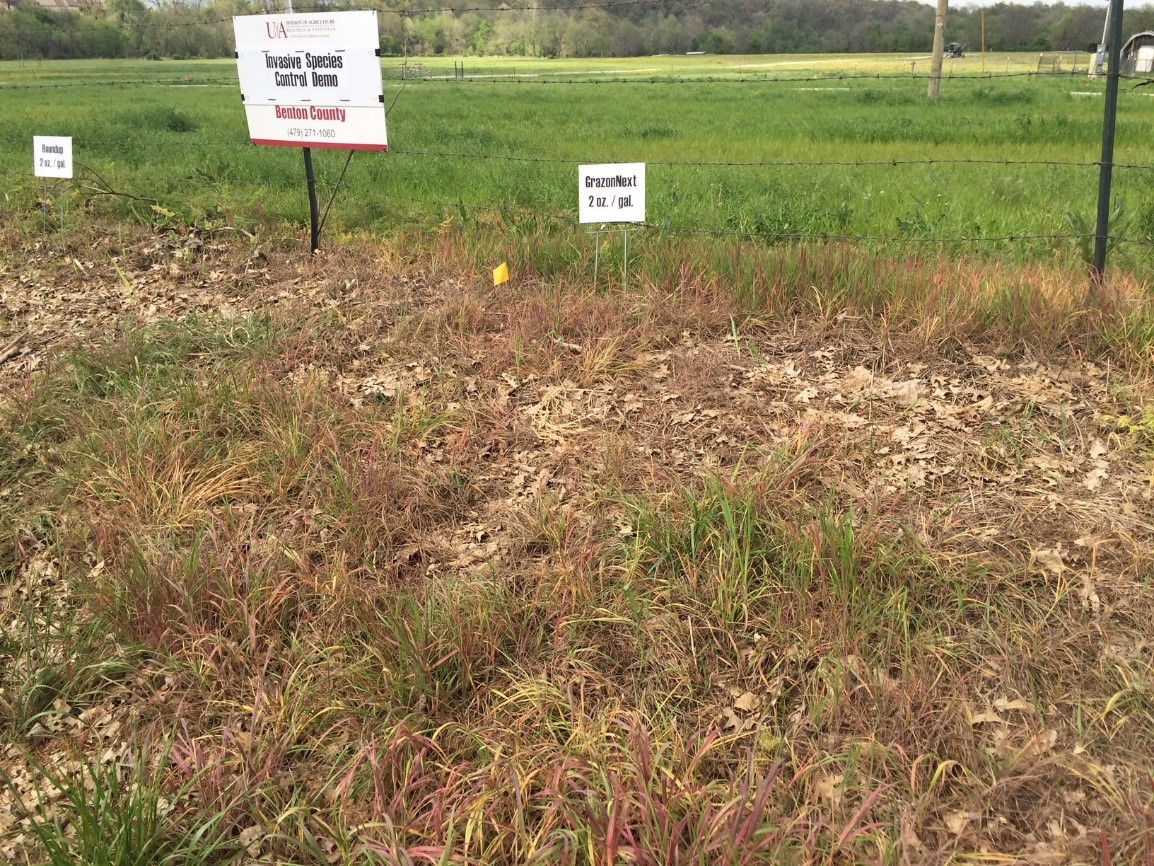 In conclusion, hemlock was completely controlled in this demonstration with all herbicides except 2,4 D. Some other things to consider include: 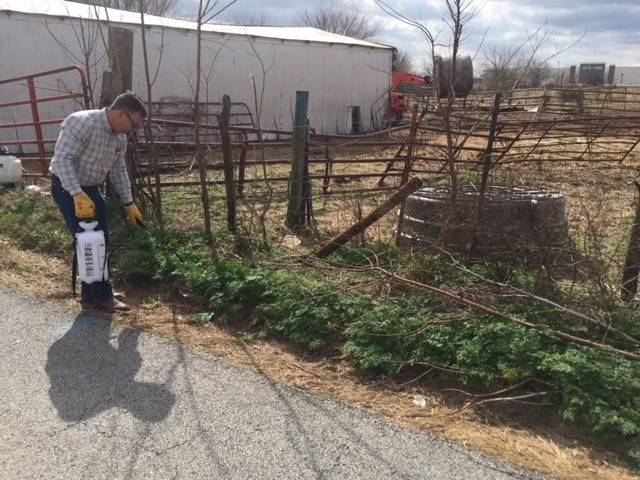 Of course always follow the label on any product you choose!