Here is a guest post from Benton County Agent and Blueberry Grower Ryan Neal. Ryan conducted a demonstration of summer hedging Northern and Southern Highbush blueberries from 2017-2018. His farm is located in Northwest Arkansas. 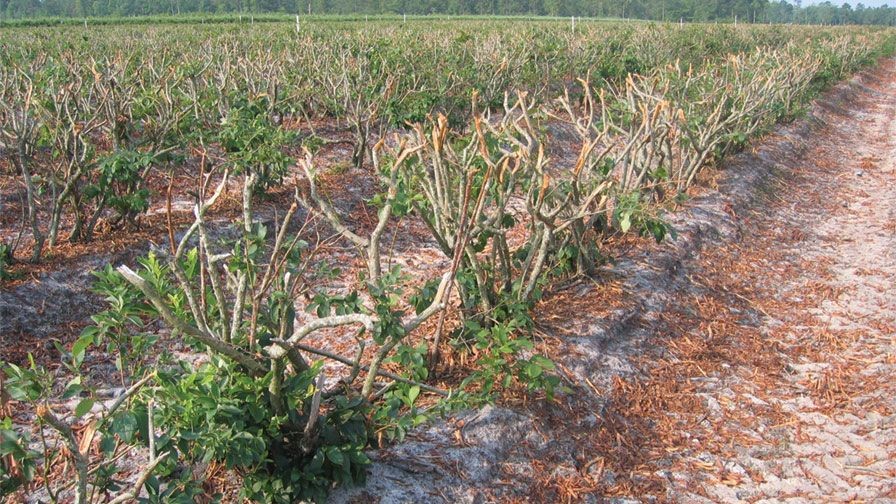 Summer pruning of blueberries is a common practice in North Carolina’s blueberry growing region especially with early season varieties like Duke.  This encourages the growth of new wood which generally has larger berries and delayed bloom.  This delayed bloom can help reduce the risk of freeze injury.  Arkansas and North Carolina share similar growing conditions but it is questionable whether or not Northwest Arkansas has a long enough growing season for adequate new shoot growth and bud set. 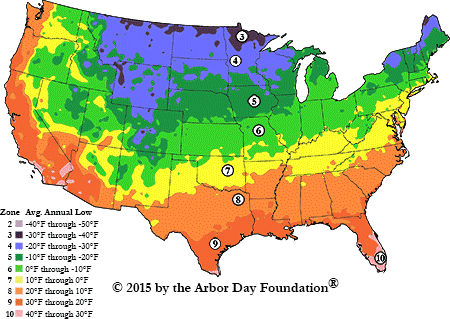 Directly after harvest in 2017 Duke, Chandler, Legacy, Blueray, Bluecrop, and O’Neal varieties were “hedged” at ~3’ with gas powered hedge trimmers after harvest. These plants are about 6 years old. Harvest was done on Duke and O’Neal by Mid-June.  The other varieties could not be hedged until early July when picking was complete. 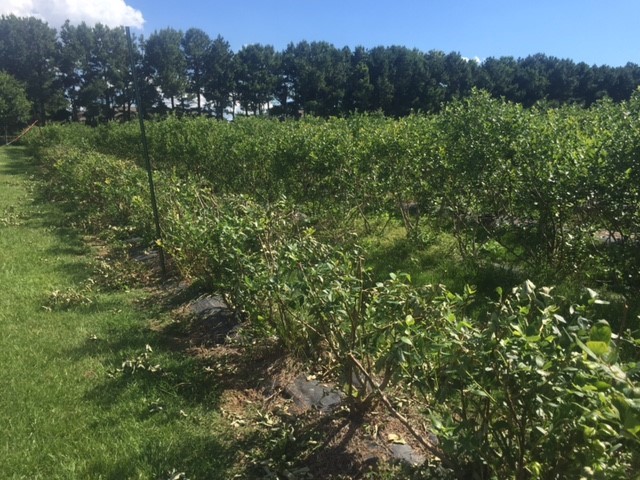 In February 2018 pruning of these “hedged” plants was drastically reduced and you can see below that there is predominately red wood, which is a sign of young healthy new shoots compared to older grey wood. 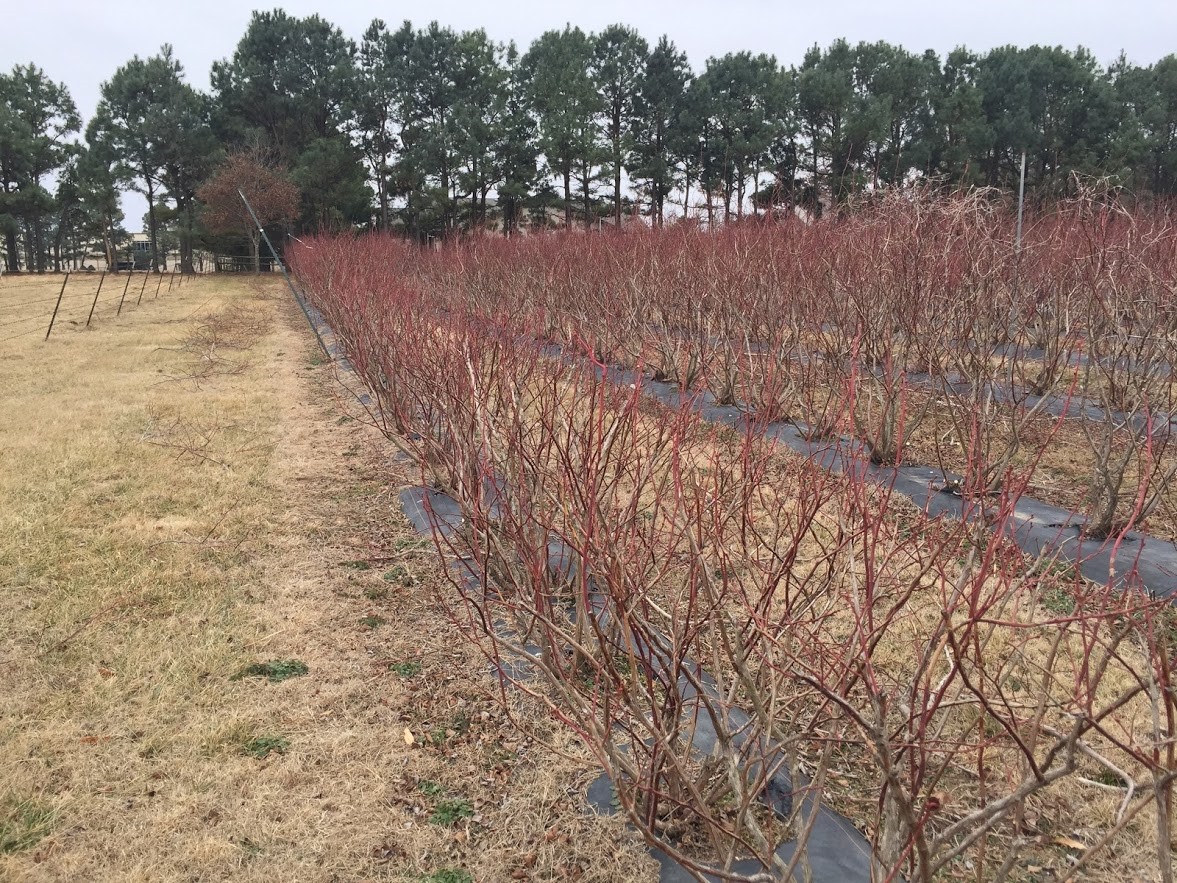 May 15th the hedged plants where in full bloom while the non-summer pruned Duke had completely finished.  This was a bloom delay of about 2 weeks. 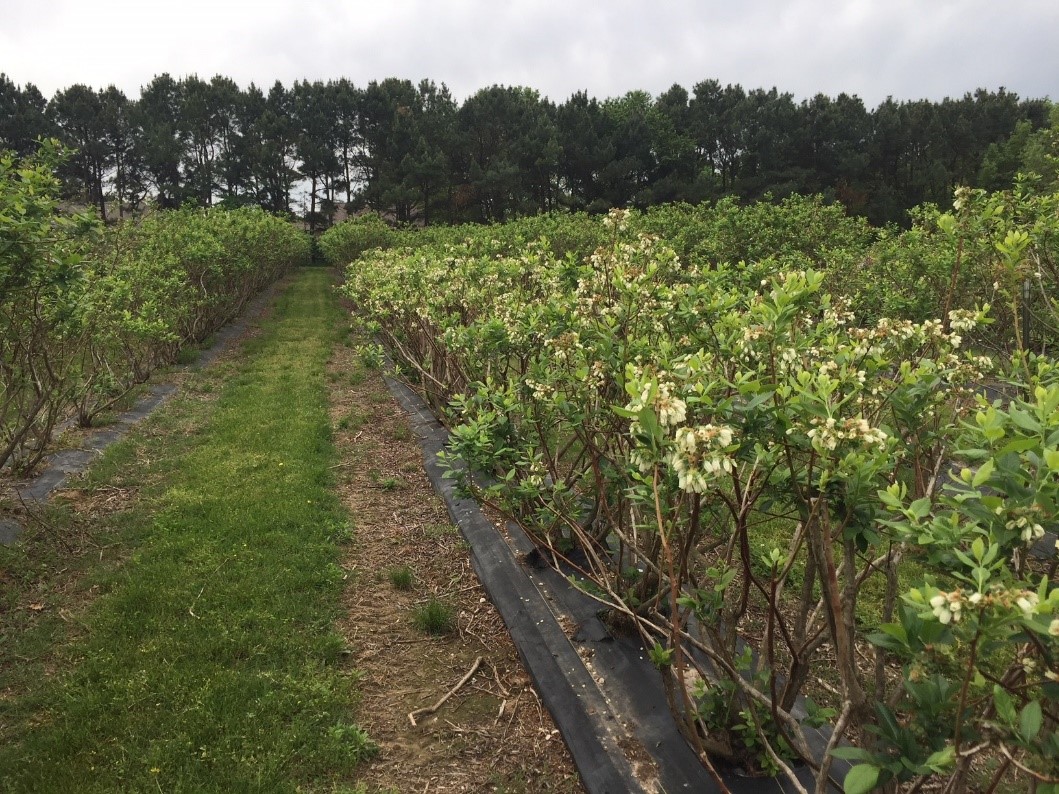 More significant is the bloom delay on Southern Highbush varieties such as Legacy and Oneal.  The picture below was taken on April 9th, the morning before was 24 degrees for over 3 hours. 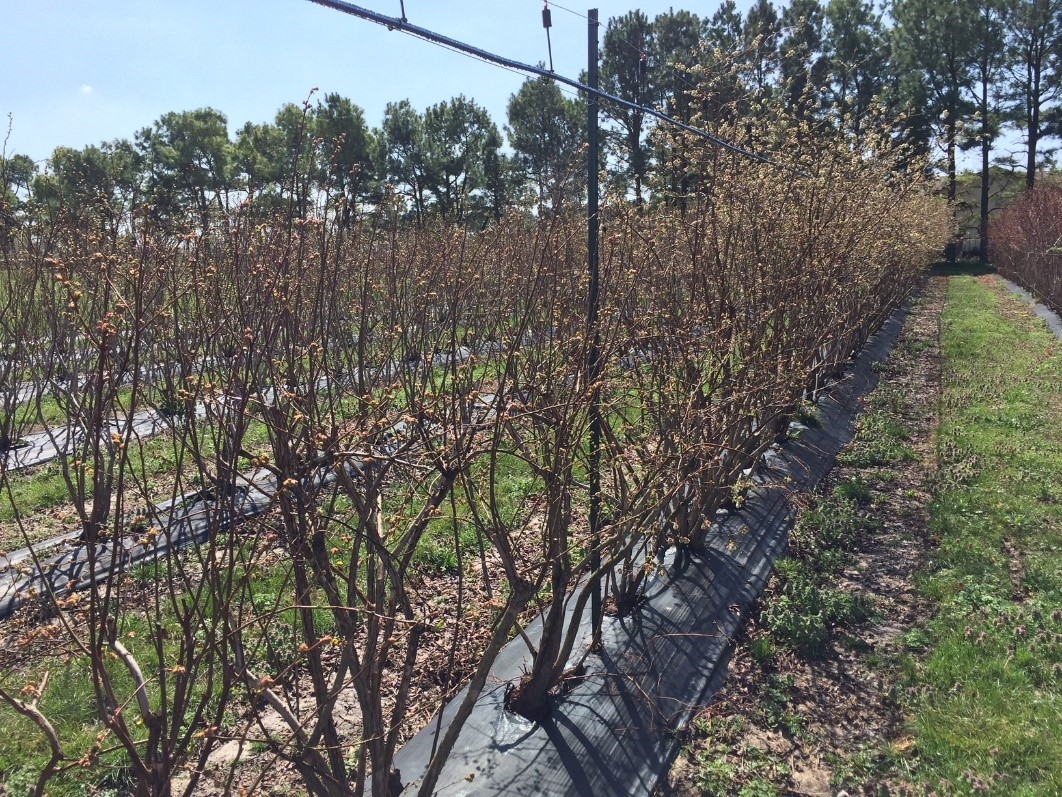 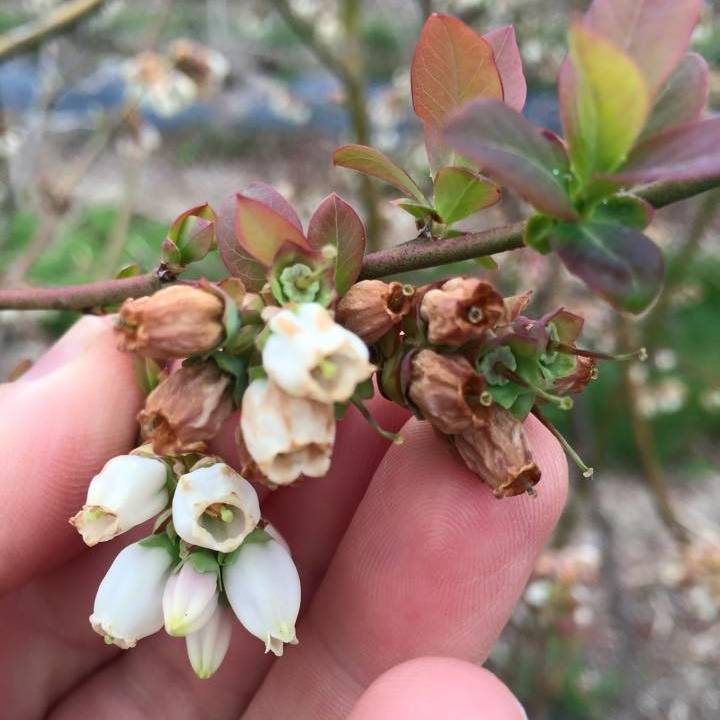 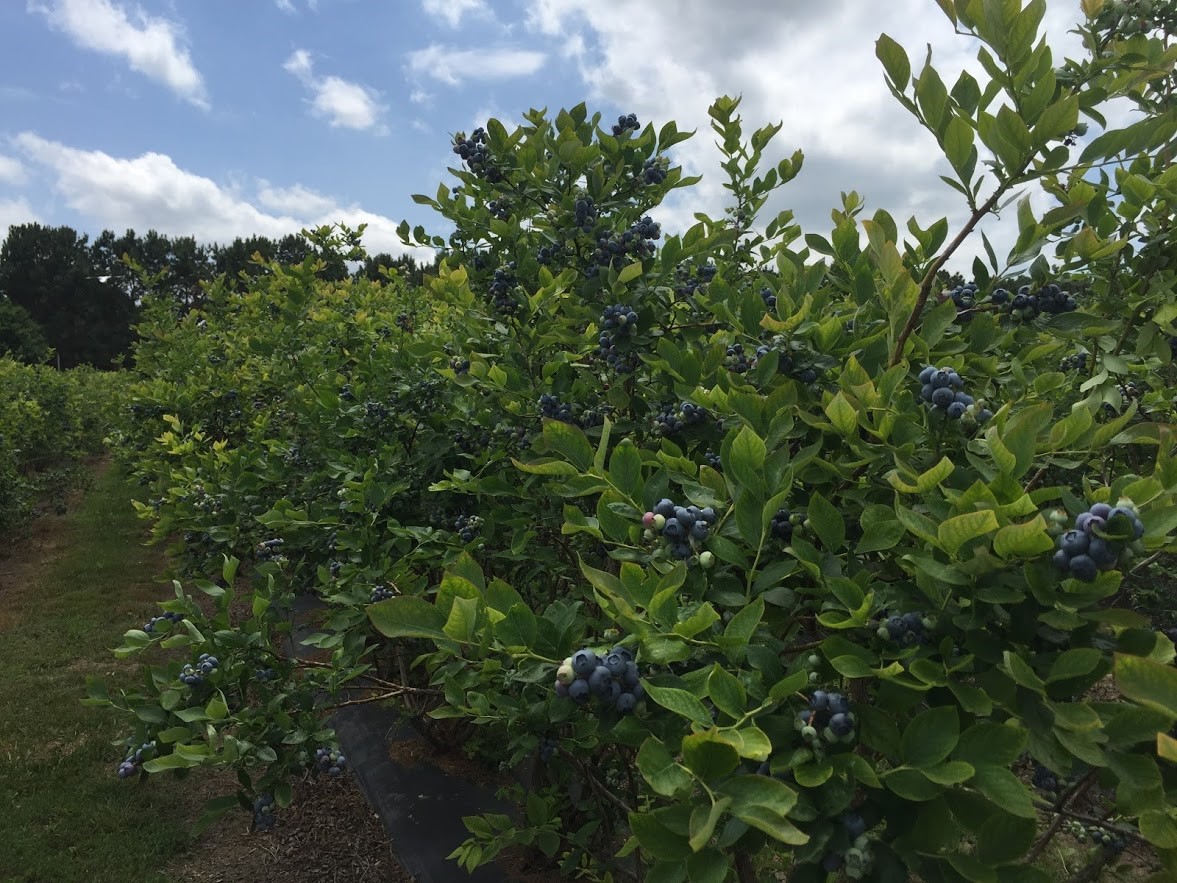 Below is the “hedged” Duke with only green berries on the same date. 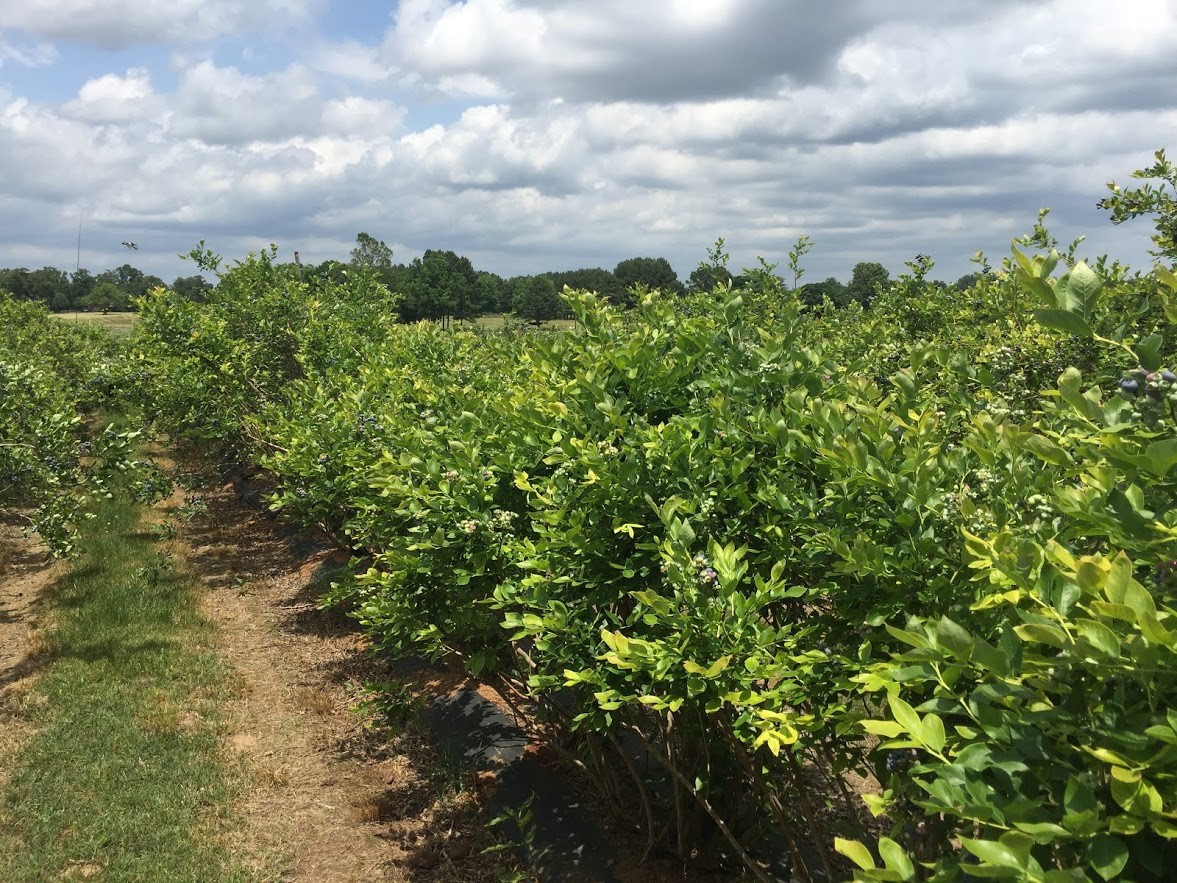 Below is June 10th and the hedged Duke is now in peak harvest. 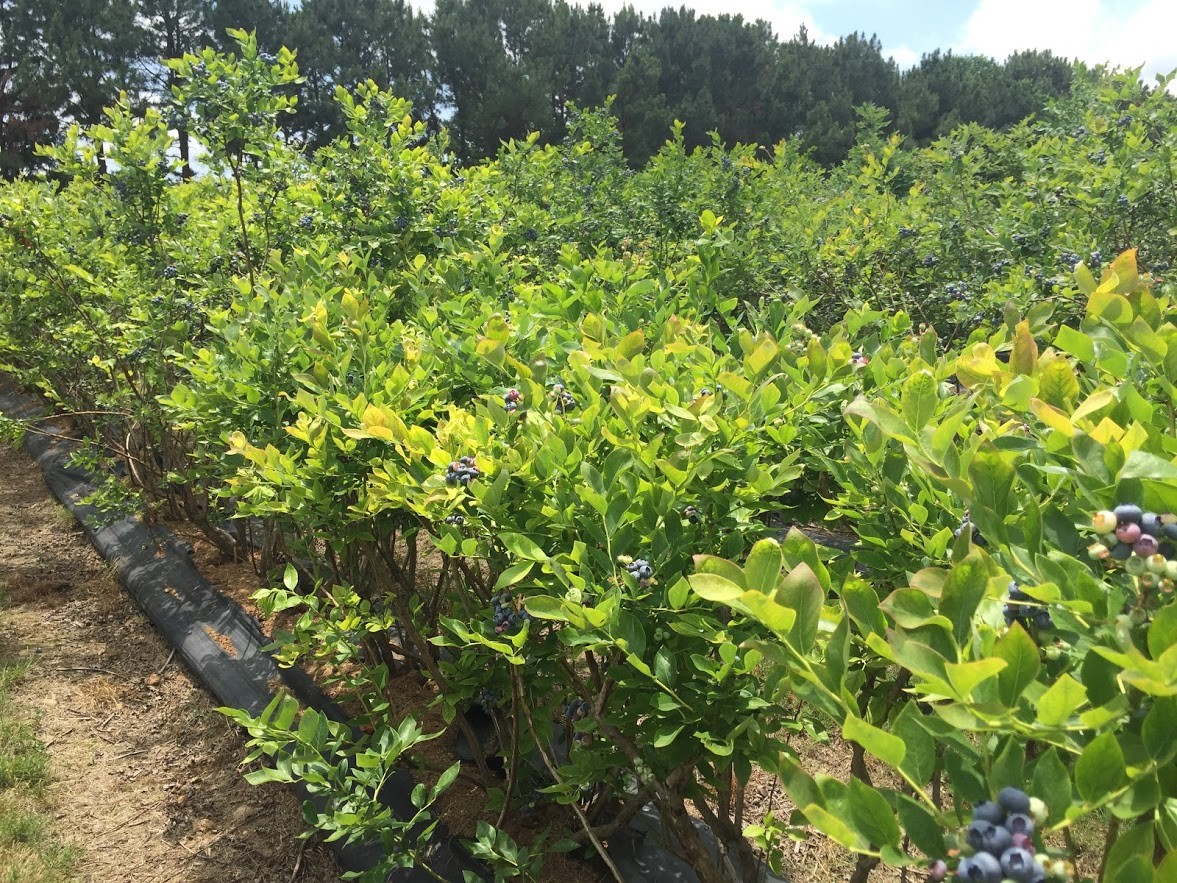 Yield data was not collected but appeared reduced on the hedged Duke plants compared to the non-hedged Duke.  It is worth noting that berries on the hedged plants where easier and quicker to pick due to the concentrated location and ripening of the berries as well as larger berry size.  This may have led to a more similar pack out yield between the two treatments although delayed by two weeks.

Legacy and Oneal had very little harvest from the non-hedged plants due to frost damage.  The hedged plants appeared to have a normal harvest. 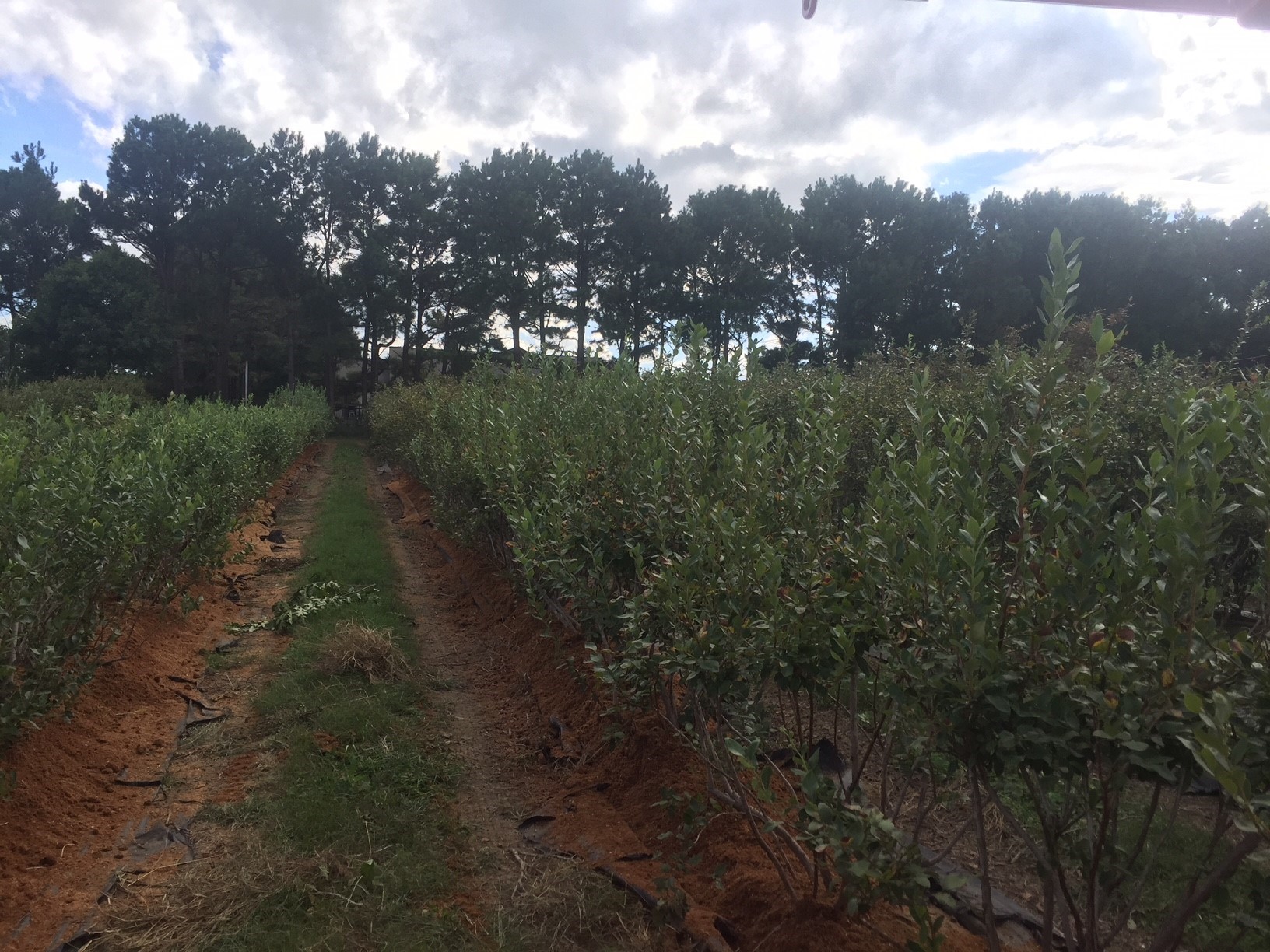 My summary at this point is that the practice of summer pruning may be better suited for some varieties than others.  Duke does not generally suffer from late frost as it blooms later than most varieites.  The southern highbush varieties such as Legacy and Oneal have lower chilling hours and therfore run the risk of blooming too early and suffering from frost damage.

The summer pruning practice does delay bloom by about 2 weeks so if growers find themselves with a variety not well suited for their farm, they may benefit from this.  Other benefits I see from summer hedging include; reducing the height of varieties that are too tall to pick easily, reinvigorating varieties or parts of rows that are not putting on much new growth, and encouraging side shoots on varieites like chandler that don’t produce a lot of new growth out of the ground.