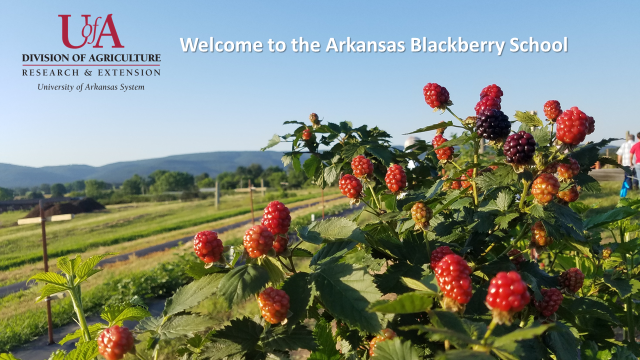 Over the last year, Dr. Jackie Lee and I, conducted a Blackberry School at the University of Arkansas Fruit Research Station in Clarksville AR. The course consisted of four classes timed to match the four seasons of the year. Each class was made up of 3-4 short talks that focused on the activities and best-management practices that should be conducted in blackberry production during that season. We recorded each speaker’s talk and made some additional “How-To” videos thanks to funding from the Southern Region Small Fruit Consortium (SRSFC), (www.smallfruits.org).

The videos and recordings will be posted at www.uaex.uada.edu/blackberryschool over the next four weeks. One season’s class will be posted per week. The “Winter” class’s videos are live now!

We invite you to follow along with the 13 recorded talks to learn how to successfully start, and manage a commercial blackberry operation in the Southeastern United States.

Tip: The guitar music in each video was provided by none other than our very own AR Blackberry Breeder, Dr. John Clark!