Here are the 2019 results from a blackberry demonstration conducted by Arkansas county agents showcasing how Arkansas released varieties perform in different parts of the state.

The University of Arkansas Fruit Breeding Program is responsible for releasing over 30 varieties that have made important contributions to blackberry production across the United States and the world. To demonstrate the value of these improved blackberry varieties, six University of Arkansas county agents from across the state (Benton, Franklin, Polk, Lawrence, White, and Woodruff) established demonstration plots to showcase how these varieties perform in different parts of Arkansas (Figure 1). Characteristics such as average berry weight and flavor were monitored for each variety throughout the season. 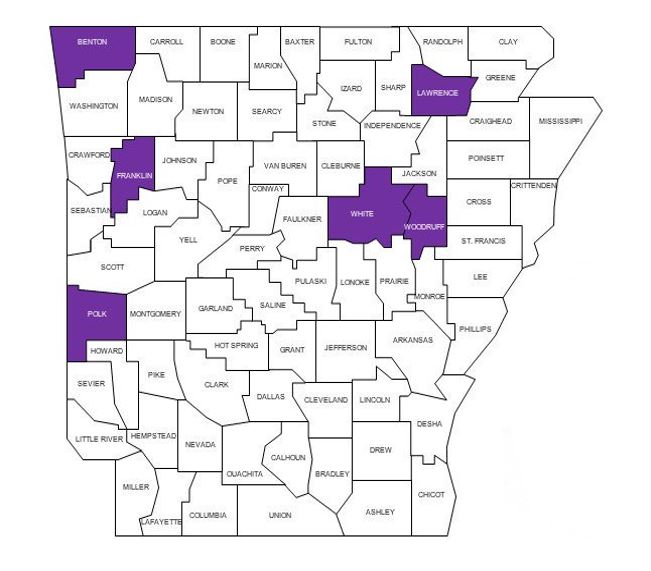 Figure 1. Counties in the state of Arkansas participating in the 2019 University of Arkansas Blackberry Variety Demonstration

The blackberries demonstrations were planted in 2017 with Osage, Ouachita and Prime-Ark® Traveler being the three main varieties used in all six counties. However, other Arkansas varieties such as Prime-Ark® Freedom, Prime-Ark® 45 and Natchez were also planted in Franklin County. Tissue culture plug plants were used for the Osage, Ouachita and Prime-Ark® Traveler plantings (Figure 2).  A standard fertility and pest management program was provided to each agent and plants were allowed to establish over the 2018 season. During the 2019 season agents harvested berries over several weeks and recorded the average weight of individual berries and recorded their observations. 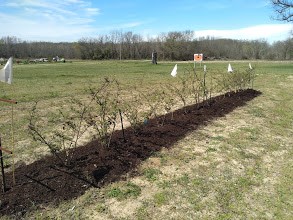 The varieties included in this study vary in their fruiting characteristics and in ripening time, which allows for the possible extension of the blackberry season, especially with the combination of floricane (F) and primocane (P) fruiting varieties (Figure 3).

Figure 3. Estimated ripening periods for Arkansas released varieties based on trials conducted at the Fruit Research Station in Clarksville, AR.

All of the varieties used in the demonstrations have previously been tested extensively at the University of Arkansas Fruit Research Station in Clarksville, AR. The published average berry weights from this testing are presented in Table 1. Most of the average berry weights for the varieties tested reached the estimated average for that particular variety, with some counties exceeding or falling just short of that estimate.

Table 1. Average berry weight results from the 2019 demo compared to the published average berry weights of Arkansas released varieties based on trials conducted at the Fruit Research Station in Clarksville, AR.

Variety differences in average berry size were fairly consistent across all locations within the state during 2019, with Prime-Ark® Traveler (floricane) having the highest average berry weight amongst most of the counties, followed by Ouachita and Osage (Figure 4). Typically, Ouachita has a larger berry than Osage, however this was not observed in either Benton or Lawrence County. 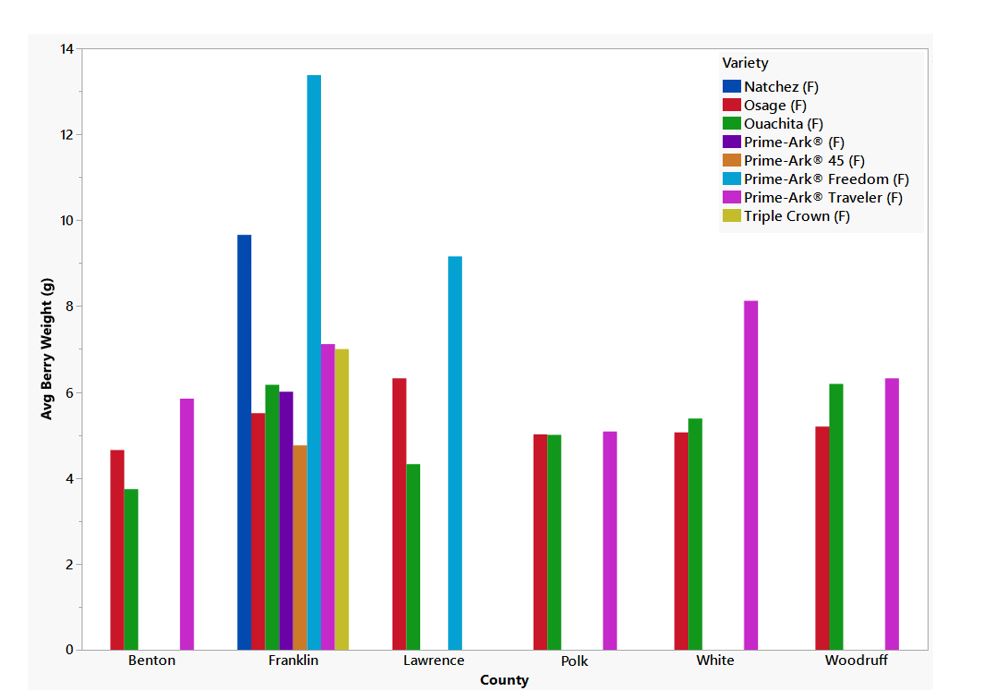 For most of the varieties, the berry weight either remained relatively the same or slowly decreased throughout the season (Figure 5). Prime-Ark® Traveler appeared to maintain the largest average berry weight compared to Osage and Ouachita, except in Polk County.

It’s also interesting to note some of the differences in the timing of harvest and length of harvest periods depending on the location of the county. For instance, between Benton (NW AR) and Woodruff County (SE AR) there are noticeable differences of 4 weeks or more in when harvest occurred. Woodruff and Franklin County results are good examples of how planting multiple varieties with different timing can extend the season by 1-4 weeks. 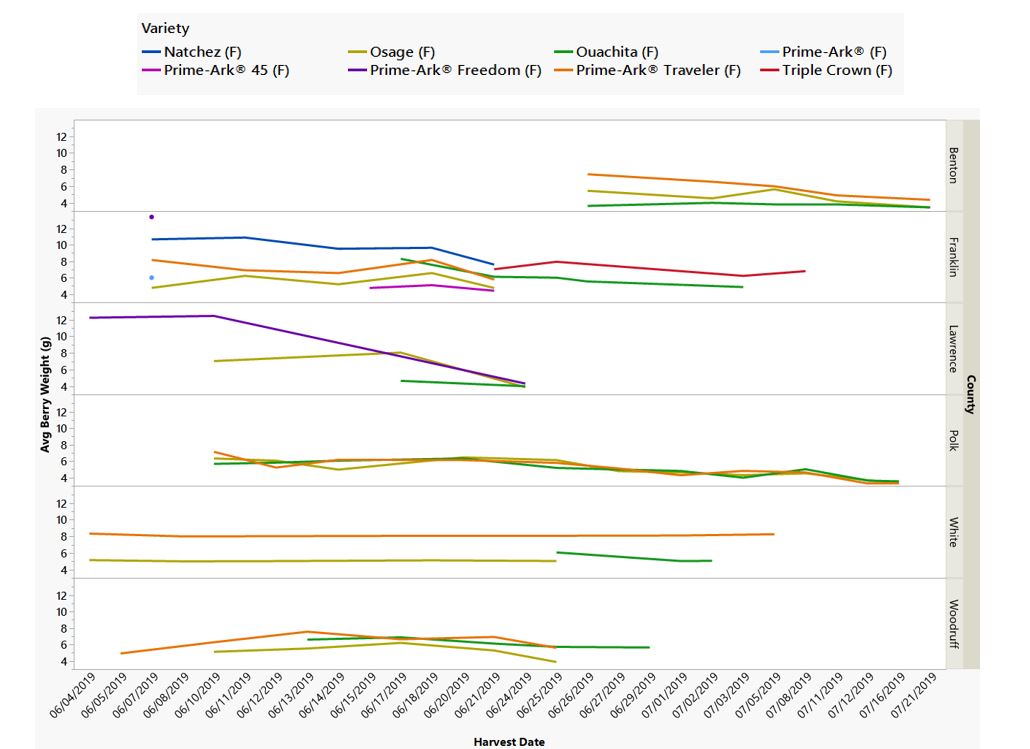 Agents also collected data on berry flavor and quality (Table 2). Prime-Ark® Traveler and Osage appeared to be the favorites for a few of the counties for flavor, with Franklin County preferring Prime-Ark® 45 the best. In Franklin County, it was noted that Natchez was tart. This can occur on this variety when the plant is very loaded with fruit.

Overall, Arkansas released varieties have shown to do very well in the state and to be adaptable to a wide range of areas. The importance of plant health for berry size and flavor were also observed. 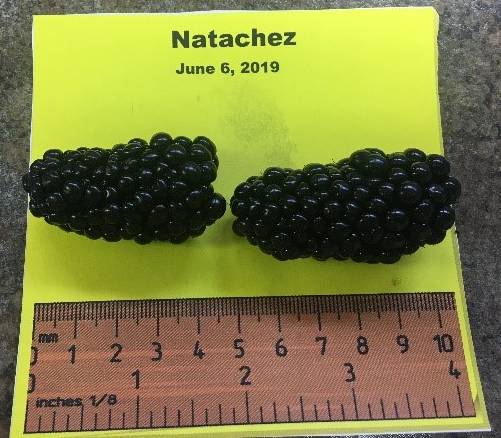 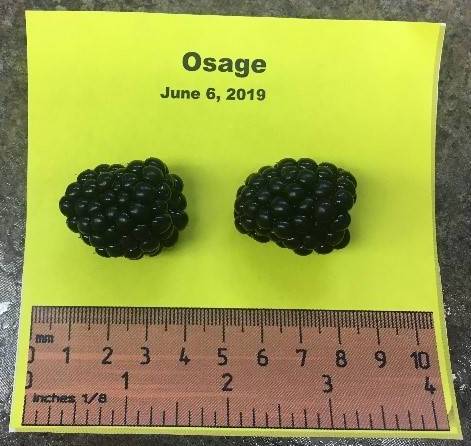 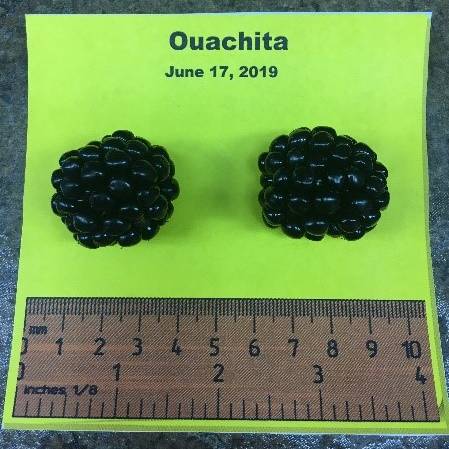 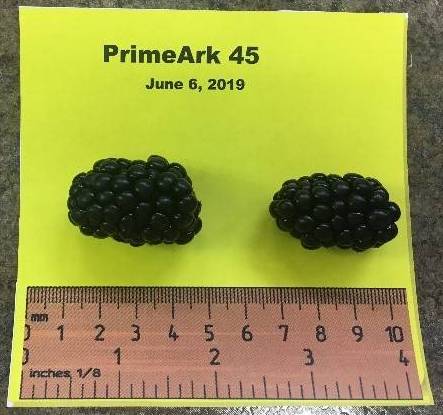 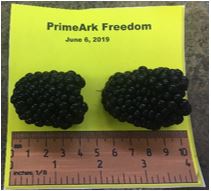 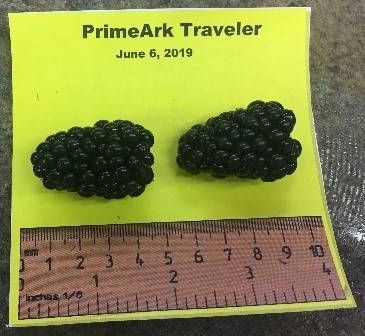 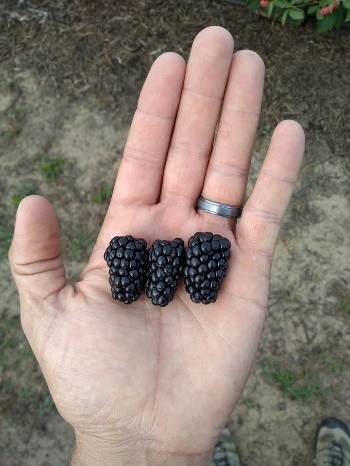 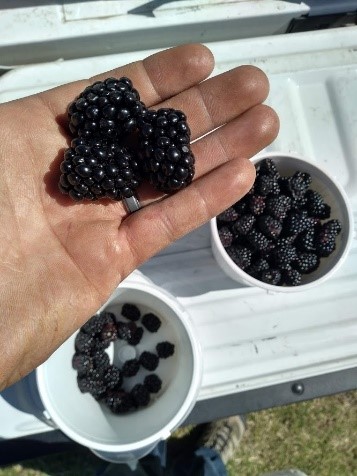 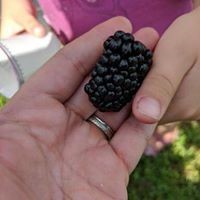 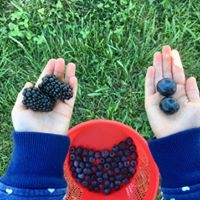 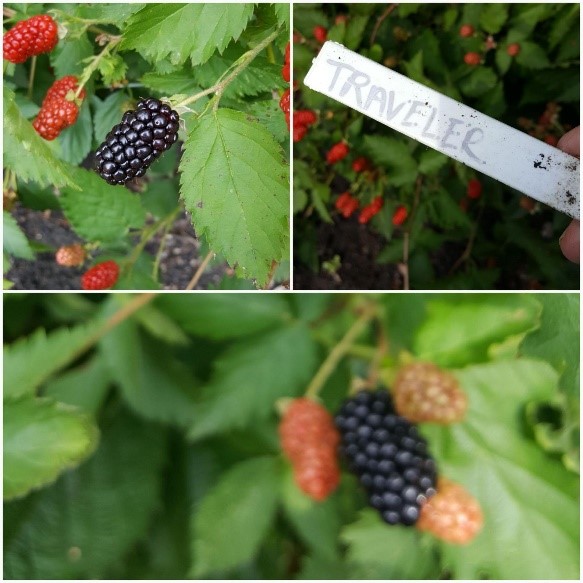 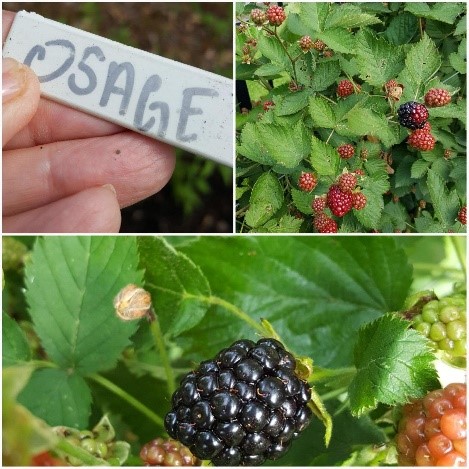 While the berry size for most Arkansas released varieties will remain around the estimated weight, University of Arkansas Horticulture student Laura Teague was very excited to find a record-breaking Natchez berry weighing in at 29.5 grams! 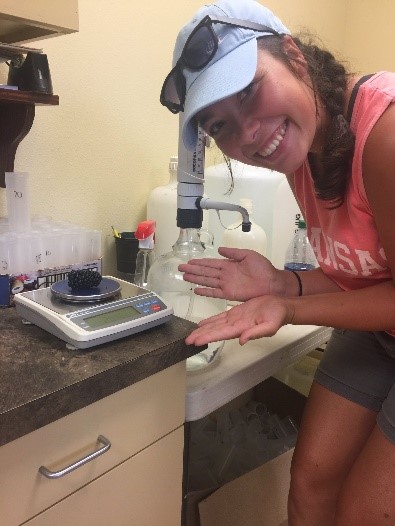