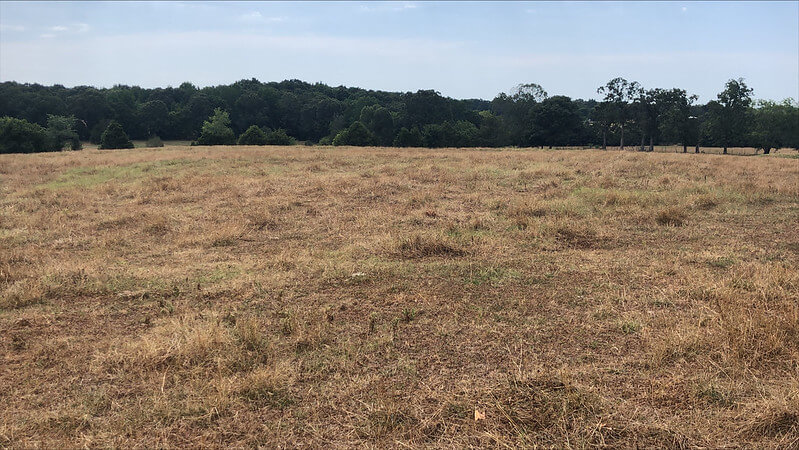 DRIED OUT — Desiccated pasture near Lynn, Arkansas, in Lawrence County. Taken July 13, 2022. (U of A System Division of Agriculture image by Bryce Baldridge)

For much of the state, pastures are grazed short and producers are about to start feeding hay. In those cases, management strategies must focus on pasture recovery after drought. Temperatures over 100 degrees limit the growth of all forages. Some areas have received scattered showers, but pasture recovery will require more than a few rain showers due to the dry soil profile and continued high temperatures.

Here are some points for producers regarding forage management during drought and for drought recovery.

Obviously, there is no magical formula or potion for drought conditions. However, making a plan to maintain pasture condition will take advantage of good growing conditions that will come eventually. Planning ahead for feed requirements will help with economic decisions to maintain a herd through the drought crisis.