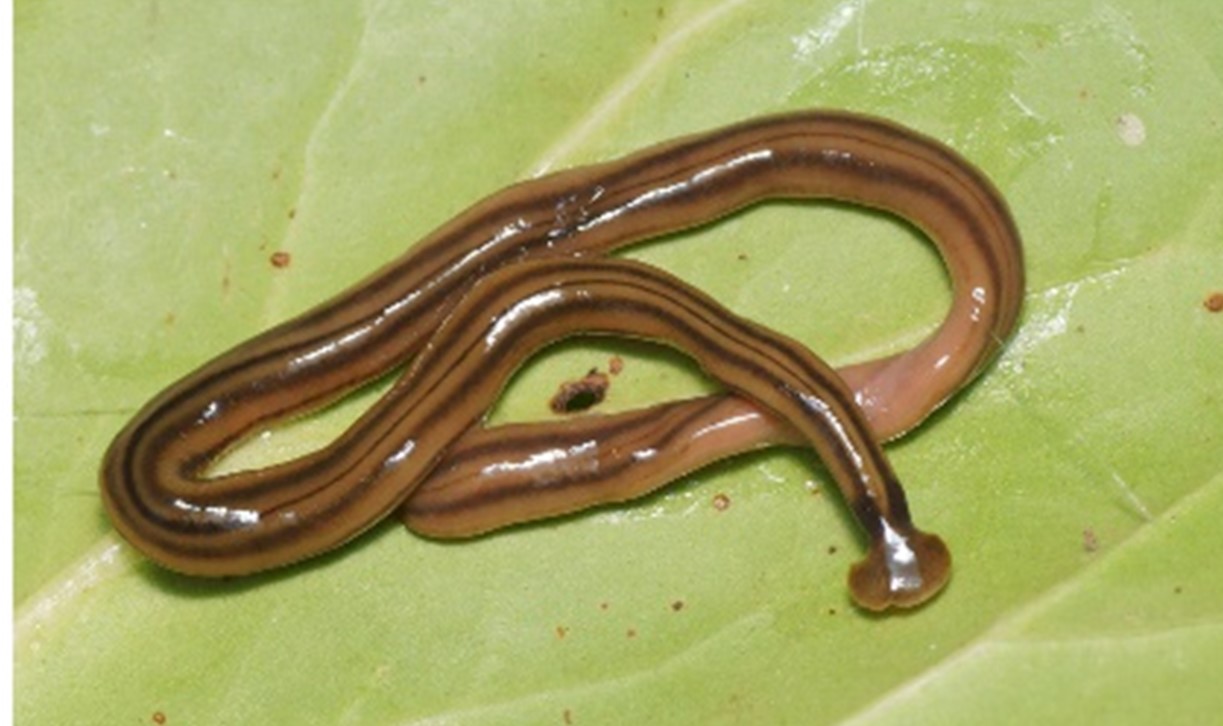 What are hammerhead worms?

Hammerhead worms are a complex, predatory flatworm species. These land-based planaria are also known as the shovel-headed garden worm. Hammerhead worms are not native to North America, and the long-term environmental impact of this invasive species has not yet been determined.

Reports suggest hammerhead worms have been present in Arkansas for over a decade. The first reports came from the southern part of the state, and these flatworms can now be found across Arkansas. They are also present in neighboring states and throughout the Gulf Coast. It is suspected they were introduced to North America from Asia, in soil transported through the horticulture industry. Hammerhead worms prefer warm climates with moist soil conditions. You may find them in yards, gardens, forests, fields, or greenhouses. They tend to avoid light, preferring to move and feed at night. During the day you may spot them resting in cool, damp locations.

These planaria are regenerative, and they can quickly restore damaged body tissue. They regularly break off pieces of their long tails while moving through the soil. These fragments that are left behind can regenerate into new worms. Each piece of the body potentially  becomes a whole new worm within days.

Are hammerhead worms dangerous to humans and pets?

They can be. However, they are more irritating than harmful. The toxin secreted by hammerhead worms can cause a rash if handled with bare hands. Wear gloves if you must pick one up. Wash skin immediately if you come in contact with one, and caution children not to pick them up. Be cautious if pets encounter hammerhead worms, as the toxin can make them sick if eaten.  No serious injuries or deaths have yet been attributed to hammerhead worms.

What should you do if you find a hammerhead worm?

Do not hesitate to kill it. It is recommended to kill them with salt, vinegar or citrus oil. Whatever method you choose, do not chop them up. Cutting a hammerhead worm with a garden hoe or shovel does not kill it. Instead, it encourages the reproduction of this species, as the pieces will regenerate into new worms.

Researchers are aware that this species is present across Arkansas. It is not necessary to report hammerhead worm encounters to your county extension office. Instead, consider sharing your observation on the iNaturalist website, to increase our knowledge of this worm’s known range. This citizen science project catalogs the presence and distribution of living things. You can learn more by visiting their website, with a page dedicated to the shovel-headed garden worm. 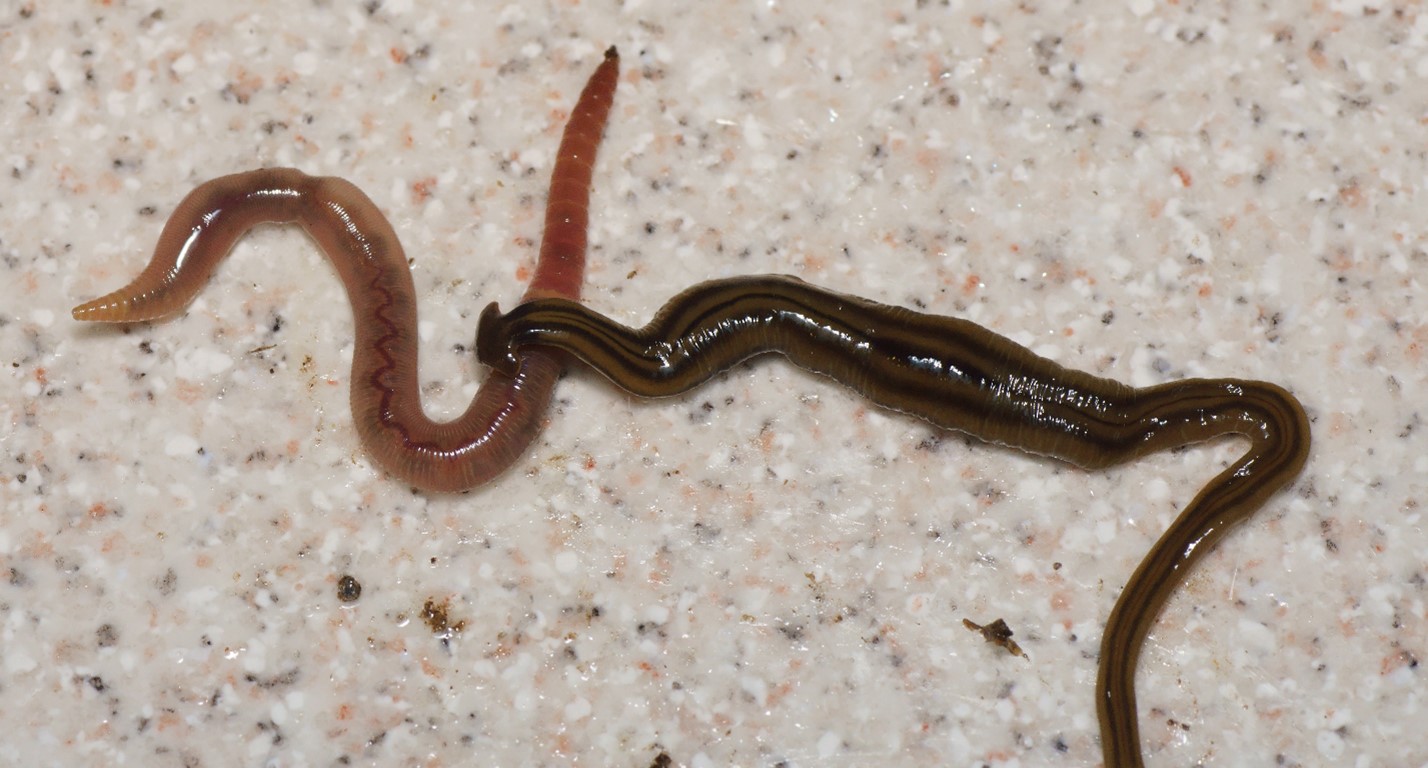 Hammerhead worms potentially pose a threat to the common earthworms, but only time will tell. Hammerhead worms also lack natural enemies in North America. However, they are also cannibalistic if their populations get too high. Thus, the long-term environmental impact is unknown for now.

For more information, you can refer to this recent news release from the University of Arkansas System Division of Agriculture.