Using Your Slow Cooker to Save Time and Money 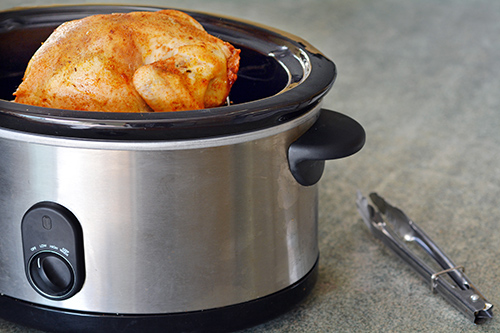 Slow cookers are a wonderful kitchen investment. Saving both time and money on dinners, parents can  spend more time with loved ones eating and less time preparing food.

Imagine opening your front door and being greeted by the inviting aromas of beef stew or chicken noodle soup wafting from a slow cooker (crock pot). This can be a dream come true for a busy cook. A slow cooker can make life a little more convenient because, by planning ahead, you save time later. Additionally, it takes less electricity to operate a slow cooker than it does an oven.

The direct heat from the cooker, lengthy cooking and steam created within the tightly-covered container combine to destroy bacteria and make the slow cooker a safe process for cooking foods.

For more information about food safety or food and nutrition, contact me at (870) 779-3609, e-mail Miller@uada.edu or visit room 319 in the Miller County Courthouse.

Dust off your slow cooker and try this recipe for Chicken Cacciatore. All that is needed when you get home is cooked rice, a green vegetable and fruit salad.

DIRECTIONS
Heat oil in skillet and brown chicken pieces. Place chicken in cooker, cover with onion slices, then add all other ingredients. Cook on low 6-8 hours, or on high 3-4 hours.  Yield: 4-6 servings.

Tried & True Tip: Don’t open the lid of your crock pot while cooking. Every time the lid is lifted, you have to add 2 hours to the total cooking time to recoup the lost heat.

By Carla Due M.S.
County Extension Agent
Family & Consumer Sciences
The Cooperative Extension Service
U of A System Division of Agriculture