Sheath blight is the most prevalent rice disease in the state of Arkansas affecting at least 750,000 acres each year. It is worse on semi-dwarf long grain varieties, with most of these fields treated with fungicides. 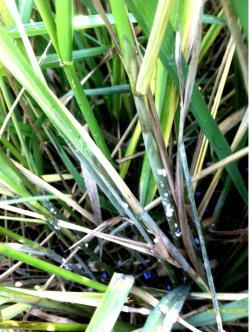 Blast is a very important disease in certain areas each year and in favorable years can be devastating, causing up to 100% yield loss. The disease may affect leaves, stem nodes, collars, and panicles. It is managed using resistant varieties, water depth, planting date, and fungicides. Read more about Blast Rice Diseases on pages 1-2, 6-7. 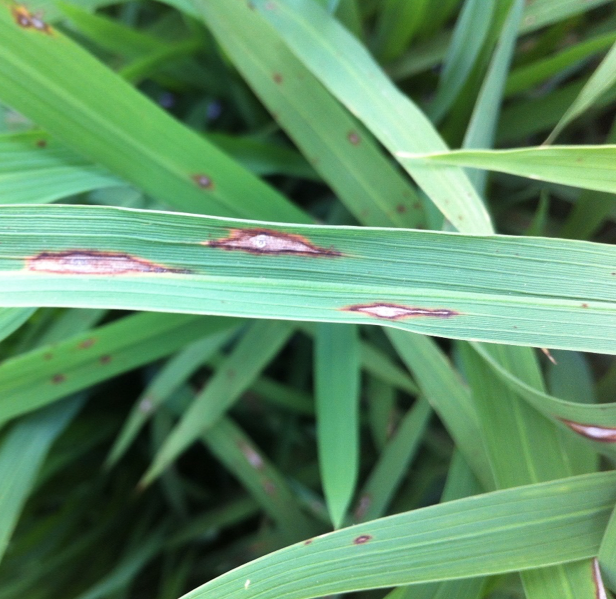 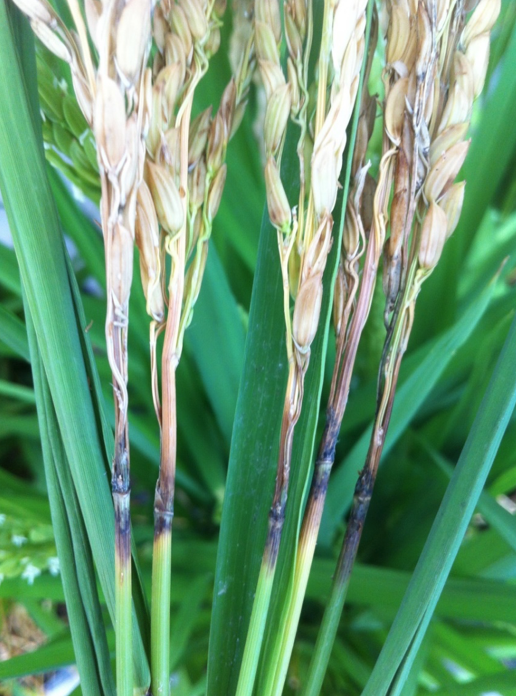 Straighthead is a disorder of unknown cause. Symptoms can be induced with arsenic under artificial conditions. It is the oldest known rice disease in Arkansas, occurs on certain fields and can cause heavy losses approaching 100% if these fields are not drained and dried at the right timing. Some varieties are more susceptible than others.

Kernel Smut has been an increasing problem for many years in Arkansas. Infected kernels turn to black powder inside causing quality problem, especially if the rice is used for parboiling. The disease is suppressed by reducing nitrogen fertilizer and applying fungicides containing propiconazole at the right rate and timing. 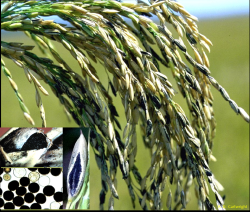 False smut was first reported in Arkansas in 1997 and has been widespread in all rice producing counties. Similar to kernel smut, false smut spores replace the developing rice kernel and greatly affect grain quality. It is more common in fields with high nitrogen rate and on later planted rice. It is managed using resistant varieties, adequate nitrogen rate and spraying fungicides containing propiconazole. Rate and timing are important. 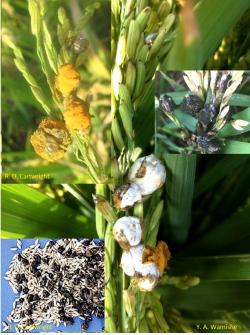 Bacterial panicle blight has been a threatening problem for rice production in recent years in Arkansas. Most commercial cultivars are susceptible (S) or very susceptible (VS). Jupiter and the hybrids show moderate resistance level. A yield loss up to 50 percent can be caused in susceptible varieties that flower in late hot season. There are no recommended pesticides. Early planting and managing nitrogen fertilizer may reduce disease incidence and severity. Read more about Bacterial Panicle Blight on page 11, Rice Disease,  FSA7580 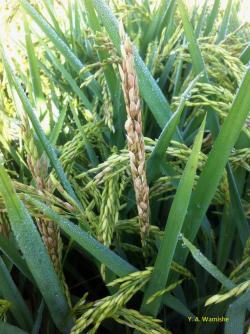 Autumn decline of Hydrogen sulfide toxicity (Akiochi) occurs in roots of rice that are grown on highly anaerobic flooded soils. Rice roots turn black and eventually die and rot. Some rice fields across the state of Arkansas suffer from this disorder. H2S odor is often noticed in affected fields. Draining fields at the right time to allow oxygen into soil enhances new root growth. Read more about Autumn decline or Hydrogen sulfide toxicity on page 13 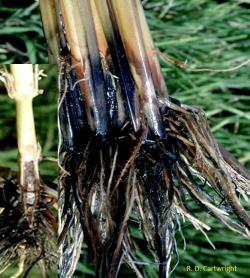 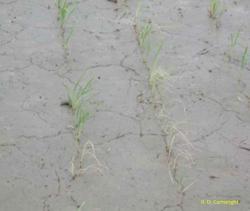 In rare instances, any of these diseases have the potential to cause yield loss under ideal circumstances. White tip nematode is seed-borne and lives inside rice plant and feeds on developing leaf tissue resulting in distinctive whit tip on affected leaves.