Though there are more than 40 species of nematodes have been reported on corn there is little information on the damage caused by corn nematodes in Arkansas.  Some of the most common corn nematodes include; root-knot, lesion, lance, spiral, stunt, dagger, sting, and stubby root, which have been detected on corn in the state, but not always at a damaging population threshold.

Management:  Cultural practices that include crop rotation with non-host or less susceptible host, and prevention of soil compaction, which restricts downward root growth, are often good nematode management practices. Many corn hybrids are excellent hosts for southern root-knot nematode (RKN), Meloidogyne incognita, and should not be used as a non-host rotation crop when attempting to manage RKN population densities in other crops such as cotton or soybean. Alternately, the reniform nematode, Rotylenchulus reniformis, and soybean cyst nematode, Heterodera glycines, do not appear to attack corn.  Therefore, using corn in rotation with either soybean or cotton where these nematodes are present will lower nematode populations.

Note:  A nematode problem is rarely detected based on foliar symptoms therefore if nematodes are suspected a soil sample should be collected in the fall, shortly after harvest, and sent through the local county agent to the Cooperative Extension Service, ­Nematode Assay Laboratory for assessment. There is a small fee for this service but the correct ­diagnosis can greatly help plan future rotations. 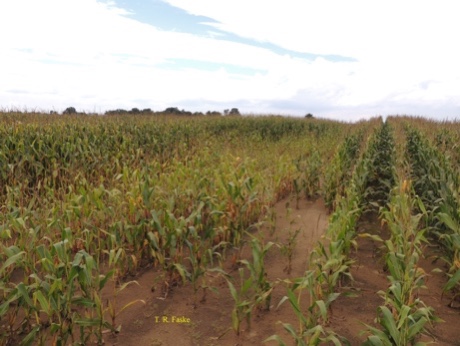 Figure 1.  Stunted and yellow corn in a commercial field
caused by a high population density of stubby root nematode. 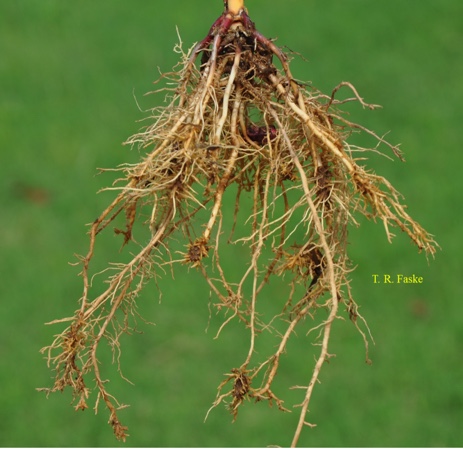