What does it take to legislate?

Seminar 7: Public Policy and the Media called on LeadAR Class 18 members to answer this question, among others, as they delved into the legislative process, explored the role of media and lobbying in the Arkansas legislature, and examined the importance of collaboration among legislators and leaders.

The seminar, which took place at the Arkansas Electric Cooperatives Cooperation headquarters and the Arkansas Capitol on May 2-4, consisted of expert speakers, distinguished panelists, a mock legislative session, and a visit from Gov. Asa Hutchinson.

Class members kicked off Seminar 7 with a welcome from LeadAR alum and current State Rep. Jamie Scott. According to Scott, her first-term success inextricably relates to the notion of finding common ground among her fellow legislators. While legislators do not always agree on every issues, Scott said that their ability to find common ground - to recognize the unifying elements of the human condition - is key to moving Arkansas forward.

We also hosted a panel of lobbyists that revolved around their different roles and responsibilities, which change depending on the type of work being done. Our panel included:

This panel exposed class members to the different types of lobbying and explored their roles in relation to legislators, other lobbyists, clients and the public. 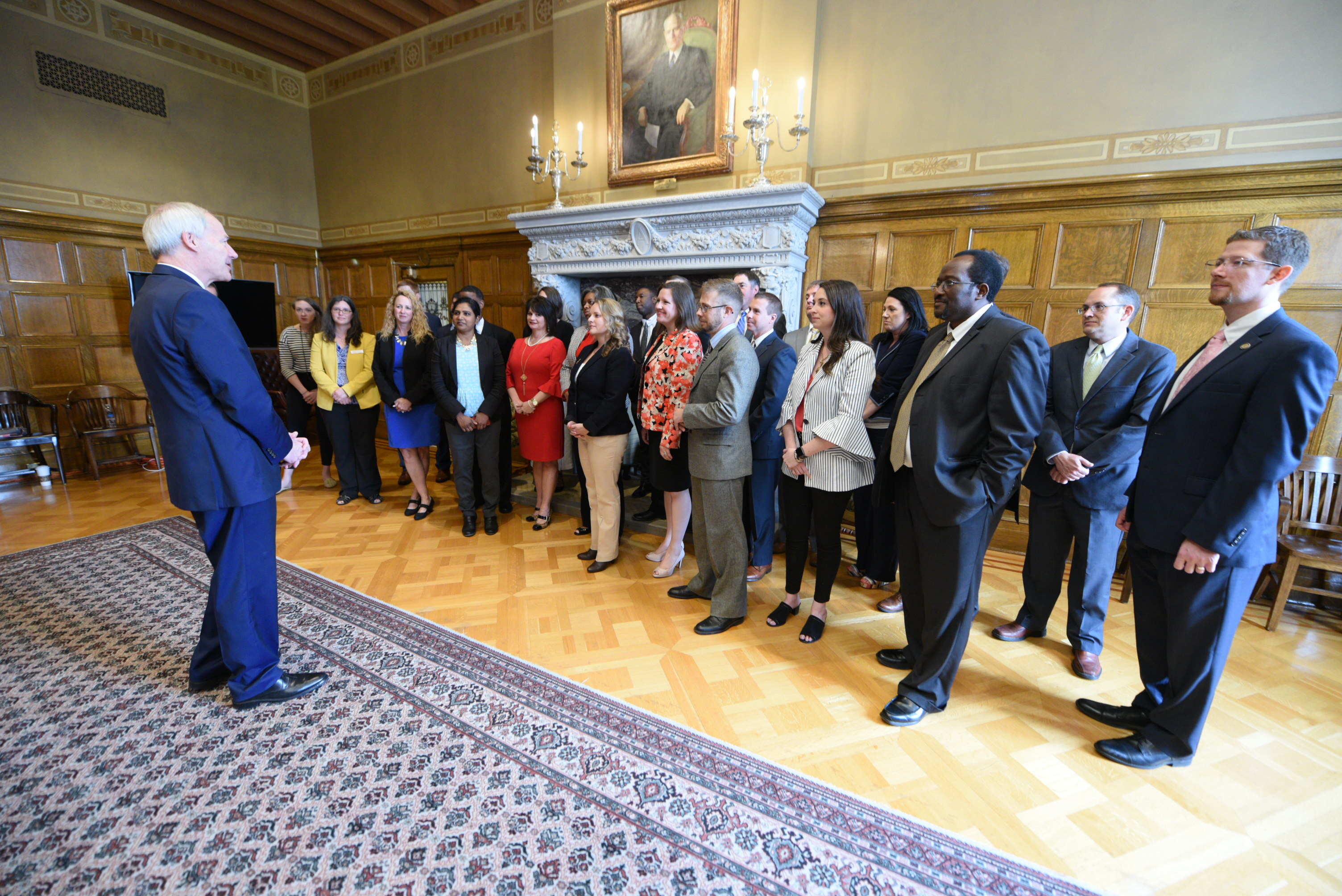 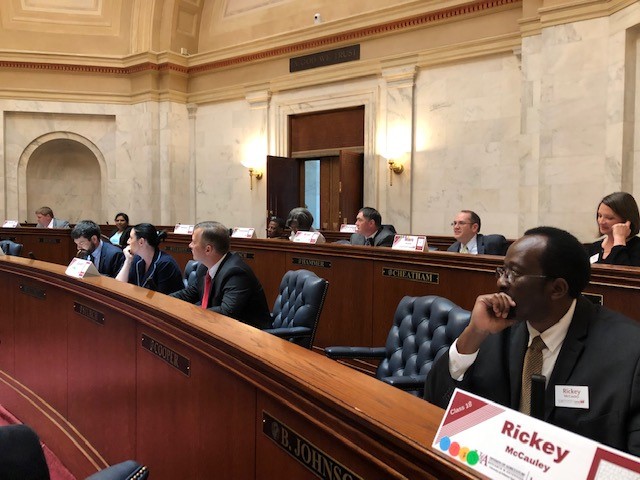 Like legislators and lobbyist, members of the media also play an integral role in the legislative process. Public perception can both champion and condemn leaders and organizations when thrust in the spot light. The class picked up tips on working with the media from Rob Rodel, director of corporate communications for the Electric Cooperatives of Arkansas, and Kristin Higgins, Program Associate for the University of Arkansas System Division of Agriculture’s Public Policy Center. Class members learned how to respond to media and what it’s like to navigate the world as a reporter.

At the Arkansas Capitol, class members put their knowledge to work. In preparation of the seminar, they researched and wrote their own bills. Once at the Capitol, the class applied their work to a mock legislative session by moving their bills through committees, lobbying for one another’s support of bills, and fielding the mock media looking for public comments.

The day ended in a General Assembly on the Senate floor facilitated by President Pro Tempore Herschel Cleveland. During the mock session, 12 bills passed, 3 bills failed, 2 bills were tabled/postponed, and 3 bills failed to make it out of committee.

The seminar also benefited greatly from these speakers and participants:

We offer a special thank you to Arkansas Electric Cooperative Cooperation for hosting Seminar 7: Public Policy and the Media. We also owe a special thanks to Tom and Judy Riley for hosting a dinner for LeadAR Class 18 and opening up their community of El Paso to us.