Many Arkansas households have not benefited from the growth of the state economy. This is especially true for households in rural areas¹ of the state. Median Household income² in Arkansas declined slightly between 2010 and 2016, a period when the Arkansas and United States' economies were growing. 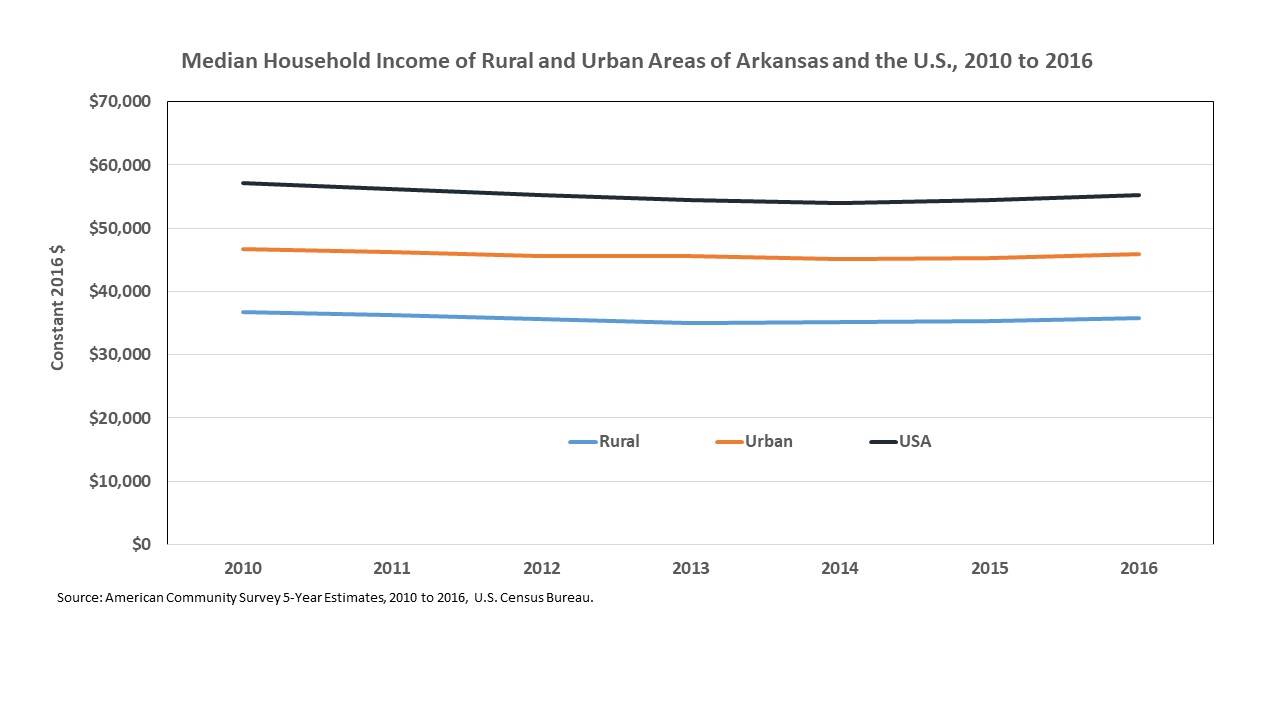 Some counties, especially in the highlands and urban areas of the state, defied this trend. During this six-year period, the median household income increased in 23 rural and six urban counties in the state. 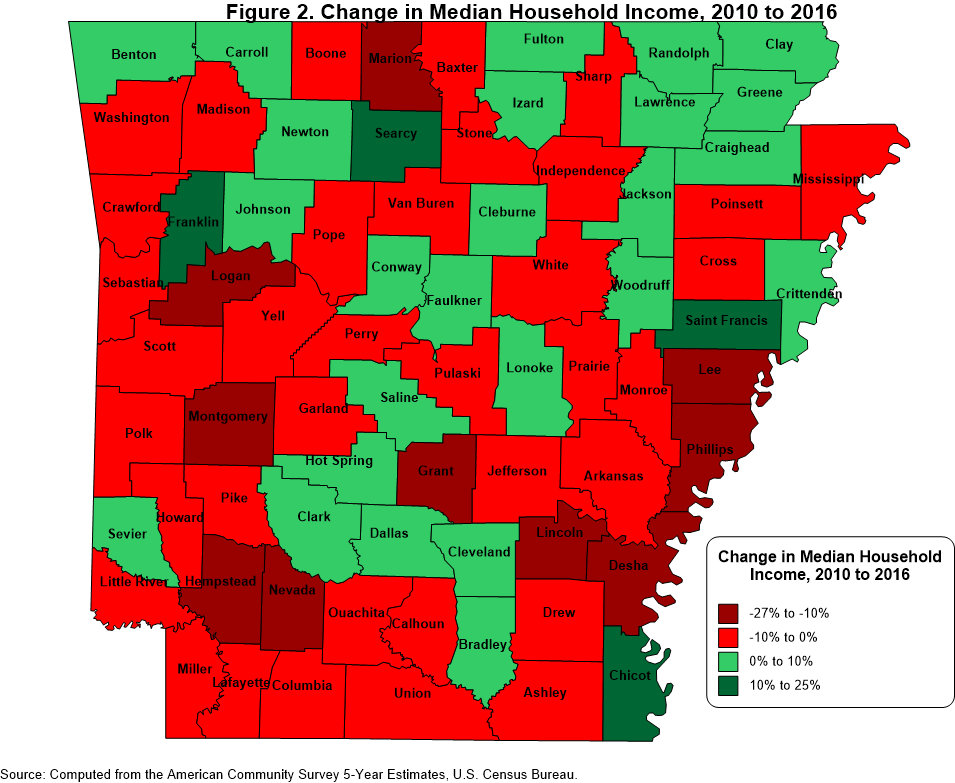 For more information about household income trends in Arkansas, see the 2019 Rural Profile of Arkansas at www.uaex.uada.edu/ruralprofile. For assistance in identifying opportunities and implementing strategies to grow your regional economy, contact your county extension agent or our Community & Economic Development program.

¹ To see definition and map of rural, urban, coastal plains, delta and highlands counties, see the 2019 Rural Profile of Arkansas at www.uaex.uada.edu/ruralprofile.
² Median household income is the household income separating the higher half of household incomes from the lower half.
³ All dollar values are reported in 2016 constant dollars.