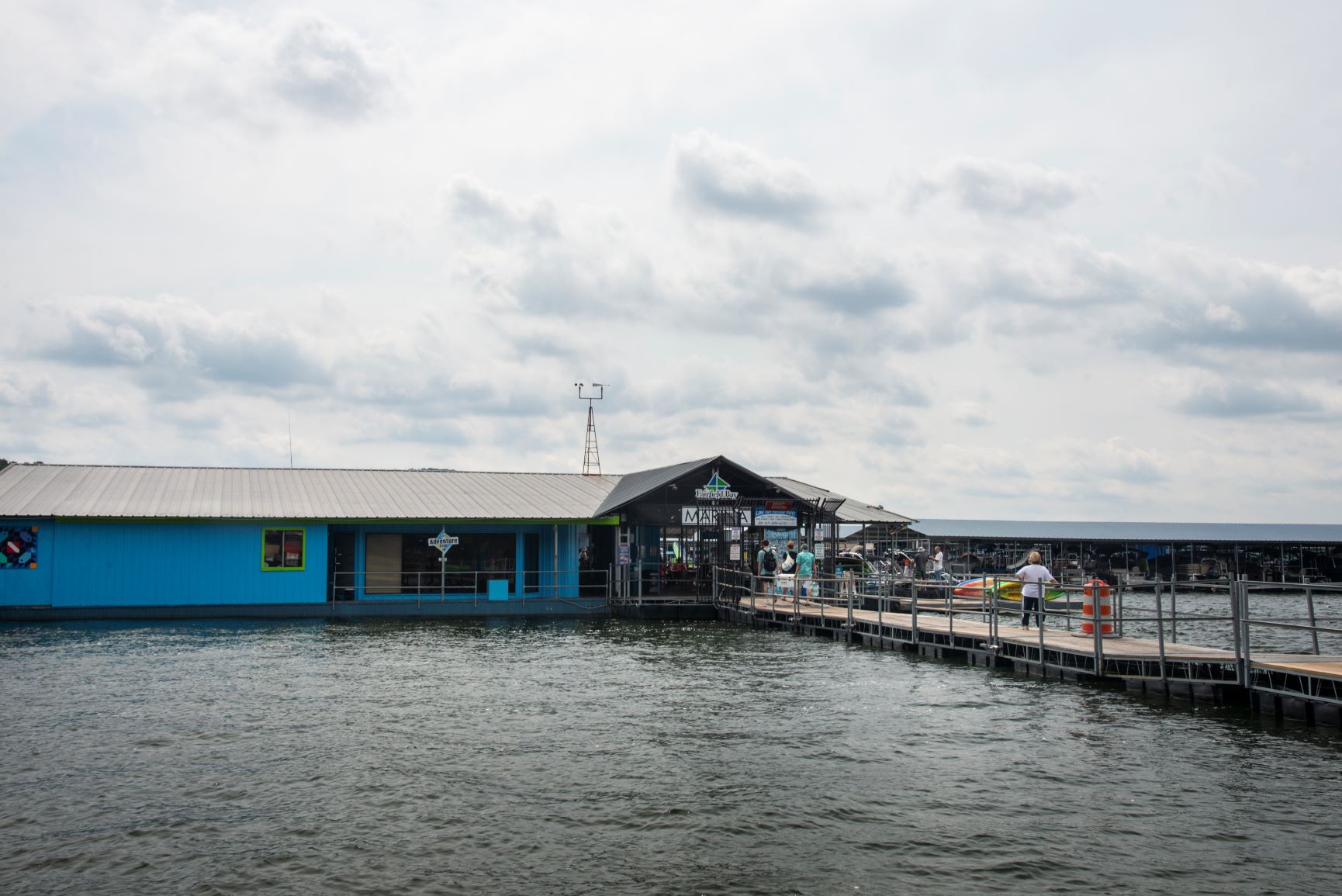 Change can be an exciting thing for communities, but it can also be daunting. It could mean welcoming a new business to your downtown, or losing a major employer. But when it comes to change, whether good or bad, large or small, communities must be prepared for when it inevitably comes.

If you acknowledge change is coming, you’re more likely to know what’s coming down the road. That can help communities to play an active role in harnessing change’s productive, transformative aspects.

A community that isn’t looking forward is more likely to get clobbered anytime change occurs. Often, these communities become trapped in a negative change cycle-- unable to adapt to new changes or adequately recover from a change that came before. It’s up to each community to cultivate its own relationship with change and to decide what that looks like in practice.

Situated on the banks of Greers Ferry Lake, Fairfield Bay is a shining example of a healthy relationship with change. Led by Mayor Paul Wellenberger, this community doesn’t shy away from change. They embrace it, through the formation of the Fairfield Bay 2035 Team.

Fairfield Bay 2035, a group of community members and leaders, acts as a mechanism for the community to think about the future and solve problems through innovation and creativity.

“Successful communities are the ones who don’t give up. They are willing to do the work to make things happen. They are open to new ideas and can set aside egos, personal gain and do what is best for the community as a whole,” said Jackie Sikes, executive director of Fairfield Bay’s Chamber of Commerce.

Sikes and Ken Schuette, who chairs the 2035 team, are at the forefront of activity.

Conversations at recent meetings revealed that a unified strategy to guide the city into the future didn’t exist. Motivated by an opportunity to embrace change, Sikes and Schuette wanted to use Extension’s Breakthrough Solutions model that helps communities plan for the future.

After a series of facilitated conversations, the Fairfield Bay 2035 team identified a need for a larger-scale community and economic development initiative to address population decline. Moving Fairfield Bay Forward emerged as the broad-based initiative group tasked with engaging the community, planning for the future, and taking action.

That’s resulted in several projects already, such as a new recycling center and a mailbox painting initiative, which are aimed at improving Fairfield Bay’s quality of life.

Sikes’ sentiments on successful communities not giving up are evident in the theme of Moving Fairfield Bay Forward, "Building on the Past, Shaping the Future Together.”

This theme is rooted in a set of core values designed to guide the development process:

Moving Fairfield Bay Forward members also launched a community survey to gain a better understanding of the major issues facing the city according to the people who live there. Using this survey data, the group established six action teams. In the coming months, action teams will work alongside community members and issue area experts to develop goals and strategies ultimately resulting in a strategic action plan.

According to Sikes, Moving Fairfield Bay Forward will maximize impact by unifying important community development efforts that are already underway with new efforts.

“When you look at the past and know what works and doesn’t work you can then focus on thinking outside the box. Look to others who have accomplished what you are needing to do and work towards a successful solution. We want to be a working group who gets things done,” Sikes said.

Initiatives like Moving Fairfield Bay Forward enable Fairfield Bay to curate the kind of productive, transformative change they wish to achieve. Rather than falling victim to unforeseen impacts of population decline, Fairfield Bay is creating and strengthening mechanisms necessary to adapt. For Fairfield Bay, change is exciting.

Moving Fairfield Bay Forward will host a public meeting on Jan. 9, 2020. At this meeting, the Steering Committee will share their overarching purpose, discuss the community survey results, reveal the action teams, and encourage meeting participants to join the action that best aligns with their interest, passion, and work.

“Fairfield Bay is on the verge of truly making things happen because we are willing to learn, ask for help and keep an open mind. The Bay is so much more than a retirement community. People of all ages can find what they are looking for in our community. The Bay is where you should want to live, work and play,” Sikes said.