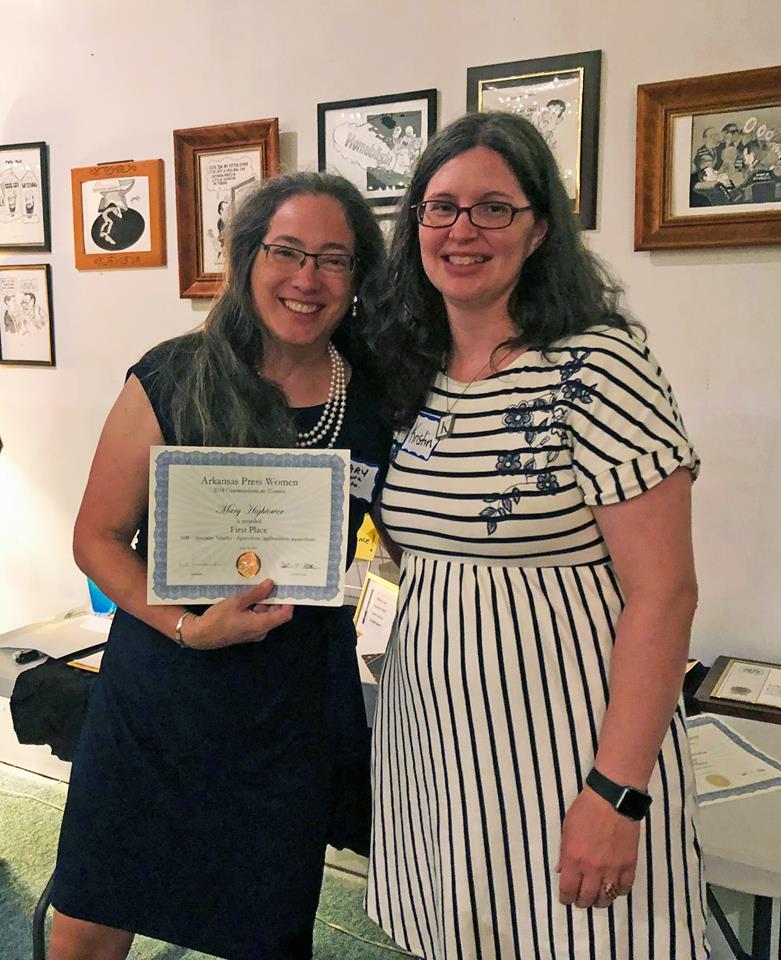 Mary Hightower and Kristin Higgins at the 2018 Arkansas Press Women awards in Benton.

Mary Hightower, director-Communication Services for the Division of Agriculture, won:

The three were recognized June 30 at the APW luncheon at The Saline Courier in Benton. The state winning pieces were entered into the National Federation of Press Women annual contest, which will be awarded at NFPW’s national conference in September in Pennsylvania.